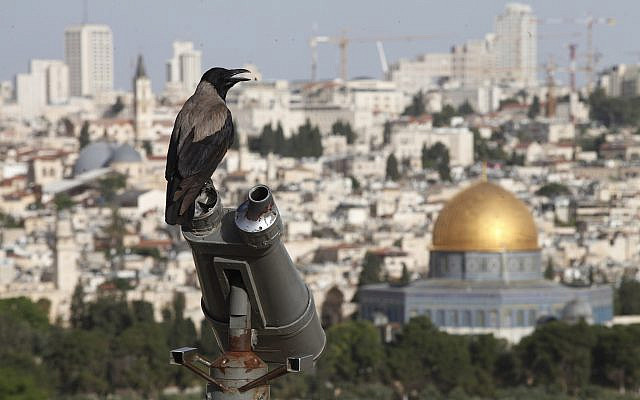 A crow stands on the binoculars usually used by tourists to see the city of Jerusalem from the Rehavam lookout point on the Mount of Olives.

The coronavirus has affected every field in our lives, but slowly, slowly things have started moving again. Step by step, people in Israel are returning to regular activity.

Most of the shops are open again; children are back at school. Restaurants and coffee shops plan to open their doors and tables by next week. Yet the tourism industry hardly sees a light at the end of the tunnel because the end of the tunnel looks very far away: incoming tourism was the first thing to be stopped and it will be the last one to brought back — first out and last back.

Almost five million visitors from abroad came to Israel last year, bringing more than six billion US dollars to the Israeli economy, and giving jobs to more than 200,000 Israelis.

Usually, at the most popular sites where tourists and pilgrims visit, you walk slowly and are part of a crowd.

Now the Holy Sepulchre is closed and I found only an Ethiopian worshiper praying at the closed doors of the church, a man dressed as Jesus, and an Israeli policeman. A much more intimate prayer and direct contact than in the busy days where visitors need to wait a long time to enter.

Two Greek Orthodox nuns walk next to closed shops, as in other sections of the Old City, Orthodox Jews make their way to the Western Wall through closed restaurants and shops of the Arab Bazaar.

At the Rehavam lookout in the top of the Mount of Olives, the place that offers the best panoramic view of Jerusalem, you can choose where to stand without any competition — incredibly, it is totally empty. Only a few months ago, tourist buses needed to wait long time to reach the site.

As no tourists are using the binoculars to see the city from a distance, a crow allows himself to stand on it.

Coming down, the way to Gethsemane is totally empty, the same I found on Mount Zion.

Nothing is more graphic than seeing famous hotels doors locked.

It’s sad to walk in the market of the Old City of Jerusalem and to see everything closed, in Mahane Yehuda not to hear the loud English voices of the American visitors on Friday noon, and to feel the absence of tourists in center of town. 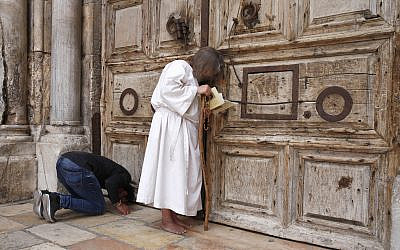 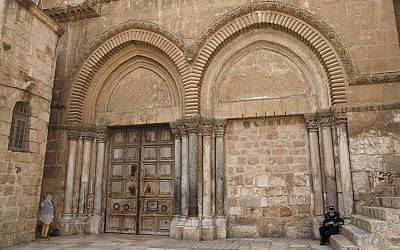 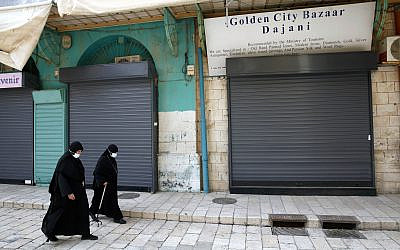 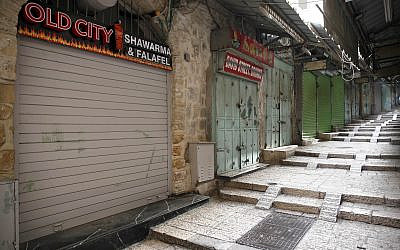 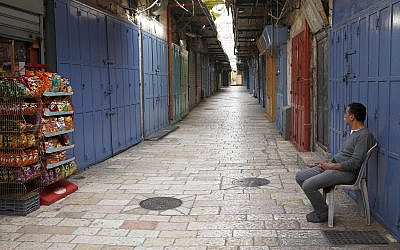 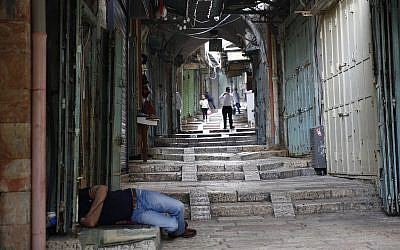 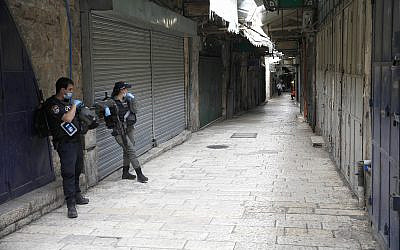 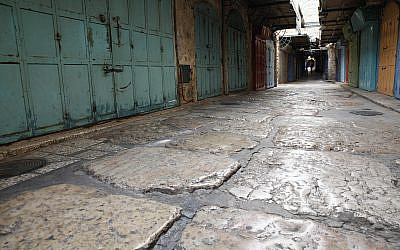 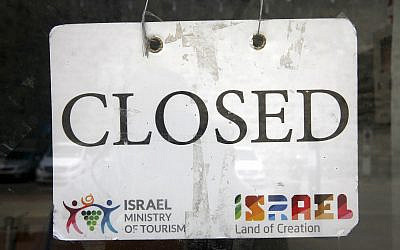 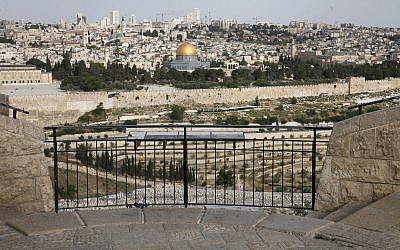 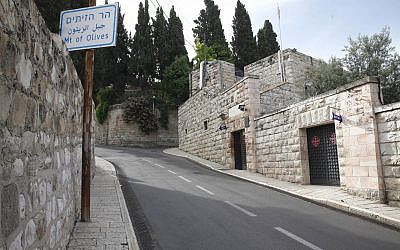 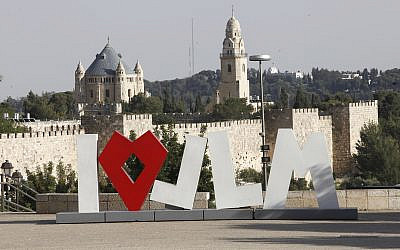 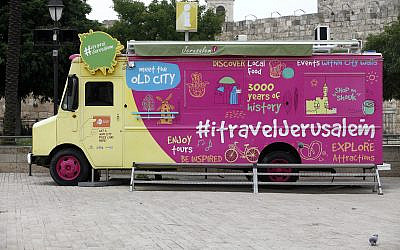 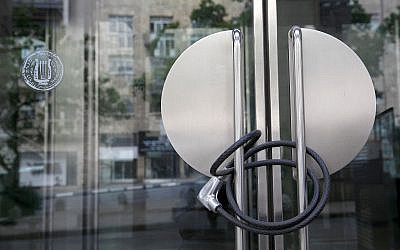 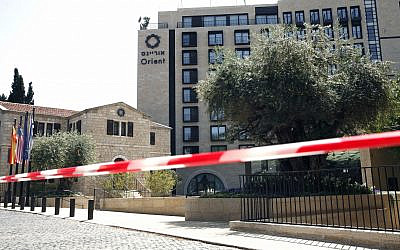 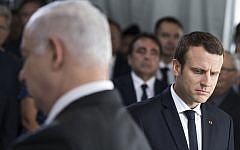