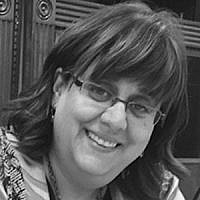 The Blogs
Ann D. Koffsky
Author, Illustrator, Editor
Apply for a Blog
Advertisement
Please note that the posts on The Blogs are contributed by third parties. The opinions, facts and any media content in them are presented solely by the authors, and neither The Times of Israel nor its partners assume any responsibility for them. Please contact us in case of abuse. In case of abuse,
Report this post.

Sometimes, I have difficulty talking with people who don’t make art. You see, I am an artist. And when I see the censorship and deletion of images of women in our Orthodox media, my heart breaks. But when I try to explain my distress to others, if they aren’t artists…well, sometimes they are perplexed by my concern. (Not always, of course. But sometimes.)

“What’s the big deal?” they ask me. “It’s just a picture. How can a picture matter? Girls can get enough of role models from their mothers and morahs (teachers) — they don’t need pictures. Words can communicate enough; we don’t need images. “

But trust me, as someone who sweats over every brush stroke, color and texture of an image — they matter a great deal.

I’ll show you what I mean. Take a look at this picture for 30 seconds. Really — take a whole 30 seconds, and absorb it. Set a timer. Don’t worry, I’ll wait. 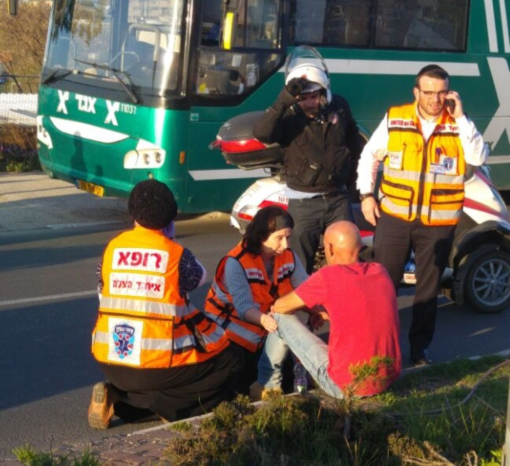 Now. What do you see?

Did you know all the answers to those questions? I bet you did. Just from a single image, you know what might have happened, where it happened, what type of country Israel is, its respect for woman, the level of education open to women, the selflessness of these volunteers. You know that there was an emergency and that people who identify with an Orthodox community heroically responded to it. You know that unlike some countries, people can dress in religious garb without judgment. That non-religious and religious people are okay helping each other and working together. And since they don’t look surprised by it — you know that they probably do so regularly.

I could probably ask you 30 more questions — and you could answer them all from just this single photo! There is so much information and inspiration that one image can transmit to all who lay eyes on it.

“A picture is worth a thousand words” is a cliché. But clichés become clichés because they are true.

Artists know this. We know how to play with image to communicate. We know that if we use certain visual symbols, they will tell our audience certain things. For example, when a mouth of a character in an image is turned up at the corners: our audience will get the message that the person is happy. Angled eyebrows and a firm mouth: angry. Arms outstretched: welcoming.

These visual cues have always meant these things across history and across cultures. They are universal to humanity.

So too, erasing or excluding pictures has ALWAYS been a symbol for: I don’t like you. Pharaohs who came to power would immediately remove the images of the previous pharaoh. And thousands of years later, when America invaded Iraq, CNN cameras focused on people knocking down Saadam Hussein’s image. That’s how the message went out that we won: by deleting his image.

Conversely, including images has often shown respect, and deep regard. For example: Mt. Rushmore, portraits on stamps and coins, presidential portraits. You get the idea.

Artists also know that photos have the immense and unique power to communicate positive ideas across divides in ways that are not always possible through words. They can connect us to our history. To experiences around the world. They can reach into us, draw out our empathy, and allow us to feel common cause and connection with a stranger. They imprint on our memories in ways words do not.

Neil Armstrong taking his first step on the moon. A young man in China standing in defiance before a tank. A flag being hoisted on an island in the Pacific. Did my words call up those famous photos in your minds eye? Of course they did. Because those photos are full of symbolism and power. None of us could be on the moon, in the Pacific, or in China at those moments. And yet, through the power of image, a piece of us was.

That is why it is so meaningful to so many to hang a photo of their rebbe in their homes — his photo serves as a symbol of the inspiration he evokes for them. Showing one of a great rebbetzin can do the same.

These pictures… they matter. Ask any artist.

Thank you to United Hatzalah for granting me permission to use their photo in this article.

Ann D. Koffsky is an author and illustrator of more than 30 Jewish books for children. Visit her Photo Essay to see more amazing pictures of Jewish Women. See her art at: www.annkoffsky.com.

About the Author
Ann D. Koffsky is an editor, author and artist. She has worked in Jewish media for over 25 years, and has published more than 30 of her own books, including: Judah Maccabee Goes to the Doctor, Sarah Builds a School, and Creation Colors. Ann also serves as the webmaster for www.keepwomeninthepicture.com.
Related Topics
Related Posts
Comments