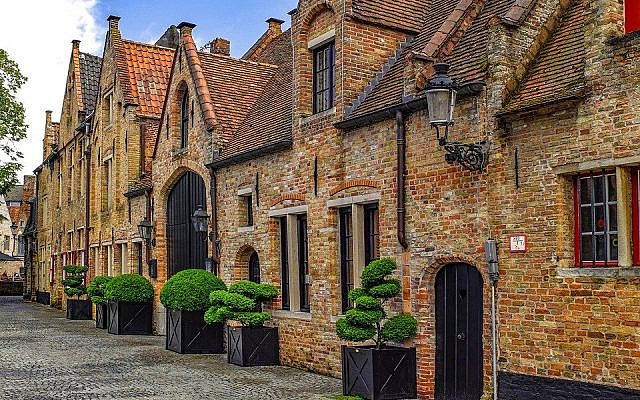 When the Torah lays down the laws of inheritance (Num. 27:1-11), it uses two different words to convey the notion of bequeathal — nachala and yerusha. The difference between these two terms is not readily apparent, but as we have seen many times, the Hebrew language does not use synonyms just for the fun of it. There must be some nuance being conveyed by using two different words. In this essay we will visit several approaches which aim to clarify the exact differences between the words nachala and yerusha.

We begin with a short discussion of another word which often appears in the construct as attached to nachala: achuza. That word commonly appears in the construct phrase achuzat-nachala. Malbim explains that the word achuza refers specifically to property which one received through inheritance, and he has already taken possession of it and “holds it” (ocheiz). Property which he has not yet taken possession of (for example, if the property is far away or is still under dispute) is called nachala or yerusha without the achuza modifier.

Rabbi Shmuel Dovid Luzzatto (1800-1865), known as Shadal, posits a fundamental difference between the Hebrew words nachala and yerusha. He proposes that the word nachala denotes one who receives his inheritance as part of a greater undertaking of divvying up a specific estate. One who receives a nachala does so alongside others who also receive their portion. Shadal even contends that the word nachala is related to the word chelek (“portion”), as both words contain the CHET-LAMMED combination.

Here are two quick examples of nachala in Shadal’s estimation: The Torah gives to a firstborn the right to inherit a double portion of his father’s property, while his younger brothers receive only one portion. In that context, dividing the father’s property among all the brothers is called a nachala (Deut. 21:16). Similarly, when G-d divvied possession of the world among the seventy nations, each nation received a nachala, because other nations also took their lot in tandem (see Deut. 32:8).

In contrast, Shadal explains that yerusha refers to a sort of inheritance whereby one person receives everything. If somebody has only one child, that child inherits the whole lot. He has no rivals with whom he must split the pot. This yoresh-takes-all approach is supported by the Scripture: Abraham complained that because he had no children, his household steward was seemingly destined to inherit all his belongings (Gen. 15:3). In that context, Abraham used the verb yoresh,* not nochel.

Others explain that nachala refers specifically to the passage of inheritance from father to son, while yerusha denotes any form of inheritance between relatives, even if not to one’s direct descendants.

Rabbi Shlomo Pappenheim of Breslau (1740-1814) and Rabbi Yaakov Tzvi Mecklenburg (1785-1865) explain that the root of the word yerusha is REISH-SHIN, which is related to the word rosh (REISH-ALEPH-SHIN). He who inherits his relative’s property effectively becomes “the head” of that estate. In fact, the Modern English word inherit is derived from the Latin word inhereditare which means “to be appointed as heir”, in which case the inheritee assumes the deceased’s power of position.

Rabbi Samson Raphael Hirsch (1808-1888), in an almost-prophetic synopsis of current events, identifies the difference between yerusha and nachala as reflective of two opposing ways in which the younger generation may relate to the older generation. In one model, the younger generation views itself as primary, rejects its connection to the past, and takes for itself everything the elders had built up. In such a case, the inheritance of the younger generation may aptly be called a yerusha, a word which is related to gerush (“chasing away”) and Koresh (the Hebrew name of the Persian king Cyrus who conquered the entire civilized world for himself, and who, according to some legends, ascended the throne by killing his own grandfather). In this way of looking at things, the younger generation — bereft of their elders — become free to enjoy the fruits of their predecessors’ labor.

In the second model, the younger generation views itself as the continuation of previous generations. Inheritance under this more conservative paradigm is called nachala because, like a river (nachal), it flows seamlessly and naturally. In this, preferred model, there is no disconnection or repudiation, as both the older and younger generations are of one continuum, and the young appreciate the old.

* There is a slight difference in grammatical usage between the Hebrew yoresh and the English inherits. In Hebrew, one is a yoresh a deceased person, while in English one inherits the property of the deceased. Many people are not aware of this nuance and use the latter as an exact translation of the former.