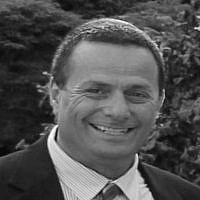 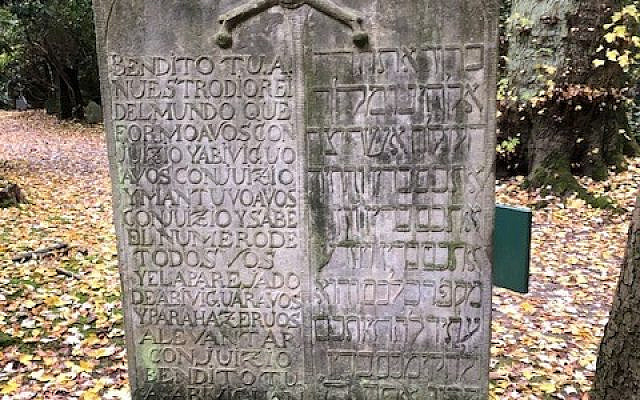 The intriguing picture above was taken when I visited the Jewish cemetery in my ancestral hometown.

The ancient stone tablet dates back to the early 1600s. It contains the Bracha (prayer) that Jews say upon entering a graveyard. On the right side we find the Bracha inscribed in Hebrew, while on the left we read its exact translation in Old Spanish. The inscriptions are framed on both sides by straight lines, while the top is framed by semi-circular arcs, reminiscent of the two tablets carried by Moses, as imagined by most during the middle ages.

Above the bilingual inscription we have the image of the skull with two crossed bones underneath, which today is recognized universally as the Emblem of Caribbean Pirates. What does a Jewish cemetery prayer have to do with Pirates???

My historical research revealed that the skull and crossed bones symbol was a common feature in Sephardic cemeteries. It symbolizes the belief in Techiat Hametim (revival of the Dead at the end of days) and trust in the fulfilment of the prophecy of Yechezkel of the dry bones’ revival (Ezekiel 37). While visiting the medieval Synagogue complex in Castrojeriz in northern Spain, I found the symbol embedded on one of the building’s walls, dated to the 14th century.

After the expulsion of the Jews from Spain in 1492 all the Jewish cemeteries of the land were destroyed. However, the exiled Jews took the custom of using the skull and crossed bones with them to cemeteries they established in other diasporas. Among other places the symbol can be found at the Jewish cemetery of Amsterdam.  During the 16-17th centuries some Spanish Jews settled in Caribbean islands, such as St. Thomas, Barbados, Curacao and others. They put the symbol in their cemeteries. Early in the 18th century Caribbean Pirates came across that symbol and found it appropriate to adopt as their flag.   Ironically and sadly, the pirates took our symbol of faith and hope and reversed its message to death and destruction.

I took the attached photo while visiting my ancestors’ graveyard at the Ohlsdorf Jewish cemetery in Hamburg, Germany, where my father’s family settled early in the 17th century. The community in that northern German city was founded at that time by Spanish-Portuguese Jews, who re-converted to Judaism after living as crypto Jews in Portugal for almost a century. My ancestors built the cemetery and installed the stone tablet according to their ancient Sephardic customs.

About the Author
David Jacobson is a native of Beer Sheva, married with six married children and 15 grandchildren. David lives in Elazar, Gush Etzion. He holds a PhD in History from the Hebrew University, and leads Jewish History Tours in Europe. He served as Israel's Consul in Boston, an investment banker at Bank Leumi, and a lecturer of finance at Johns Hopkins and Graz Universities. Dr. Jacobson currently teaches corporate finance and innovations at the Gallillee Institute
Comments