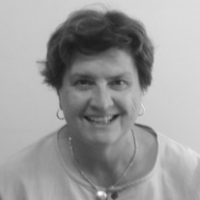 The Blogs
Tova Herzl
Apply for a Blog
Advertisement
Please note that the posts on The Blogs are contributed by third parties. The opinions, facts and any media content in them are presented solely by the authors, and neither The Times of Israel nor its partners assume any responsibility for them. Please contact us in case of abuse. In case of abuse,
Report this post.

Of all the aspects that have been hashed and rehashed since Prime Minister Netanyahu was invited to address a joint session of Congress, one angle, the human one, is missing.

Everyone has an opinion on whether the move was political or not, and can argue the effects of the proposed speech on Iran’s nuclear ambitions. Now, lower your gaze from lofty matters of state, and spare a thought for the poor Israeli diplomats working at 3514 International Drive, Washington DC, that pinnacle of personal ambition and diplomatic excellence, that center of attention and focus of fallout.

I had the privilege of serving there twice (1985-1988, 1998-2000). Recent events remind me of the Phalcon affair, during my second posting. For long painful months, my embarrassed colleagues and I encountered extensive American opposition to the sale of an Israeli spy plane to China. Until the deal was canceled, our awkward responses could not substantially address the concerns which we heard in almost every meeting.

As background, it should be noted that most of Israel’s diplomatic missions are very small. An ambassador (or consul-general) and just one or two diplomats are big frogs in tiny ponds, where each interacts with leaders of politics, press and business.

In large embassies, led by Washington, roles are specialized. Two diplomats deal with Congress, as I did. Several envoys engage with the administration, another handles press, someone may be responsible for relations with Christian groups, and so on. Other government agencies, like the army, are also represented. The ambassador who presides over this complex operation is usually not a career diplomat who rises through the ranks, but a trusted ally of the prime minister.

In those circumstances, individual diplomats are tiny frogs. But oh, what a glorious deep wide pond they inhabit! A young diplomat discusses Israel’s annual allocations with members of the appropriations committee! She arranges briefings on the Arrow missile defense system when it is still just an idea! She lunches with policy makers! Why, even the Speaker recognized her!

Naturally, diplomats who function in that vibrant hub know that they are not privy to everything. But they also know that when the time comes, they will be informed as they should, and then do what they must.

Imagine that you are congressional liaison. You know that in any election, the majority party can switch positions with the minority. More important, you are deeply aware that bi-partisan support of Israel is a strategic asset, and must never be compromised. Therefore you interact with representatives of both parties as equally as you can.

Suddenly (my memory now gives way to my imagination, which leans on precedent), as one Democratic interlocutor after another asks: “Why didn’t you tell me? Even hint? You make me look like a fool!”, that careful equilibrium is shaken. You try to explain: ehh, Iran, sanctions, threat, Hizbullah, you know… Yes, we know. You tell us, often. But what about the times you came to us when you needed something? And your claims about avoiding anything divisive? Wait, did our president know?

At that moment, your real regret is that the appointments committee of the foreign ministry in Jerusalem saw fit to send you to Washington. Imagine what a relief it would be to work in a remote country which has no foreign assistance program and no UN veto, or perhaps in a dictatorship somewhere, with just one party, and no one to take offense.

About the Author
Tova Herzl's book, Madame Ambassador; Behind The Scenes With A Candid Israeli Diplomat, was recently published by Rowman & Littlefield. She served twice as congressional liaison in Washington DC, was Israel's first ambassador to the newly independent Baltic states, and took early retirement after a tumultuous ambassadorship in South Africa.
Comments