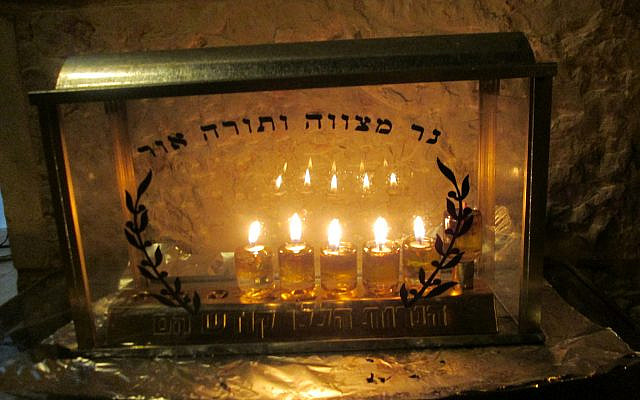 When telling of the future downfall of the descendants of Esau, the prophet Ovadiah (Ovadiah 1:18) refers to the House of Jacob as an aish, the House of Joseph as a lehavah, and the House of Esau as straw. This passage refers to the Houses of Jacob and Joseph by different words for “fire”, and conveys the message that the House of Esau will be fodder for that future fire. But what is the difference between an aish and a lehavah? For that matter, what do we do with a whole slew of Hebrew words which are related to the idea of “fire”, but are not quite synonymous?

The most common word for fire is aish. Rabbi Eliyahu HaBachur (1469-1549) in his work Metrugaman points out that most places in which the Hebrew word aish appears in the Bible, the Targumim translate the word into Aramaic as aisha or aishata. But, in some places, the Targumim translate the Hebrew aish into the Aramaic nur or nura. HaBachur admits that he does not know what makes the Targumim use one word over the other. Nonetheless, he notes that most times the Bible mentions a fire that burns or roasts something, then the Targumim use the word nura.

What is the etymological basis for the word nura? Rabbi Shlomo Pappenheim of Breslau (1714-1814) explains in his work Cheshek Shlomo that the letter REISH itself denotes “throwing”, and different roots that use the letter REISH are derived from that. He explains that the word ohr (ALEPH-VAV-REISH), “light”, is related to “throwing” because the light rays which emanate from sources of light act as if they are “thrown” from that source. The object which holds the source of light is called a ner (NUN-REISH), and the vessel within which a ner is fixed is called a menorah (MEM-NUN-REISH-HAY). In light of this, I would add that the word nura also fits this theory, although Rabbi Pappenheim does not openly mention that Aramaic word.

There is another word related to this discussion which Rabbi Pappenheim does not explicitly mention — that is, the word ur (spelled the same as ohr, but pronounced differently). That word appears a total of six times in the Bible (only in the books of Isaiah and Ezekiel), and clearly means “fire”. It is the preferred word for “fire” in the Mishnah, where it appears quite a few times (Challah 4:8; Shabbat 1:11, 8:7, 16:5; Yoma 6:7; Beitzah 4:4, 4:7; Rosh Hashana 2:3; Bava Kama 6:4, 9:4; Sanhedrin 9:1; Avoda Zara 5:12; Avot 2:10; Zevachim 12:6; Menachot 10:4; Chullin 3:3; Tamid 1:3; Keilim 5:11, 29:8; Ohalot 11:7). Ur was also the name of an ancient Mesopotamian city where Abraham lived. According to tradition, the name Ur alludes to the fact that its king tossed Abraham into a fiery furnace, from which he miraculously emerged unscathed. The Malbim (to Ez. 2:5) writes that ur differs from aish in that ur denotes a smaller fire than aish does.

Rabbi Shlomo Pappenheim of Breslau explains in Yeriot Shlomo that while aish is a general term for “fire”, the word lahav/lehavah refers specifically to a flame which spurs forth into the air. A lahav is attached to a bigger fire, and serves as an outlet for that fire to spread outwards. The word lahav also refers to the blade of a knife/sword. Because lahav refers primarily to the part of a fire which affects things outside of the fire, it was borrowed to also refer to the part of a sharp tool which affects other things. Moreover, because the word lahav denotes the shimmering glimmer of a fire, it also refers to the glistening edge of a metal instrument.

With this in mind, we can now better understand Ovadiah’s prophecy. It means that the fire from within the House of Jacob will spread outwards via the flame of the House of Joseph, and finally burn up the straw, that is the House of Esau.

The word lahat refers to the fast movement of fire, which, as the expression goes, “spreads like wildfire”. Lahat is related to the root LAMMED-TET, which refers to “bending”, and can also be used to refer to the sleight of hand that Pharoah’s magicians used (Ex. 7:11, 7:22, 8:3). Both lahav and lahat primarily refer to a flame or a blade, and both terms are also borrowed to refer to enthusiasm.

The word lapid (commonly translated as “torch”) is used when one’s focus is on the object that carries a fire, as opposed to the fire itself. Some linguists creatively connect the Hebrew word lapid to the Akkadian word diparu. They justify this by arguing that the l-sound can be interchanged with the r-sound, on top of which a metathesis can be employed to rearrange the consonants of rapid to become diparu. Interestingly, this is similar to an explanation found in the Radak (to Nachum 2:4) who wrote that aish-pladot is an alternate way of saying lapid-aish.

The post-Biblical word avukah primarily refers to a bundle of twigs used for fueling a fire. As an outgrowth of that meaning, avukah came to refer to any candle or torch of which more than one wick is lit. According to Halacha, some situations call for specifically an avukah (such as Havdalah), while others call for specifically a ner (such as Bedikat Chametz and Chanuka candles), which has only one wick.

The Hebrew word ner (“candle/lamp”) is generally translated by the Targumim into Aramaic as shraga. Shraga later became a popular Jewish name (much like the Arabic name Siraj is quite popular in the Arab world). The Yiddish counterpart to the Hebrew name Shraga is Feivish. Interestingly, some scholars explain that Feivish, like Shraga, is also associated with the concept of light. They argue that Feivish is derived from the Greek/Latin name Phoebus, which was actually the name of the Greek/Roman god of light. It is a fascinating turn of events that the name of a pagan god was eventually adopted as a Jewish personal name. Nonetheless, Dr. Alexander Beider dismisses this explanation as mere “folk etymology”, and argues that Feivish is actually derived from Vivus (“life” in Latin), making it more closely associated with the Hebrew name Chaim (“life”), than with Shraga. 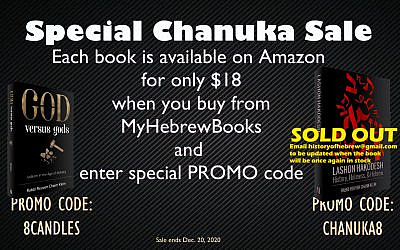