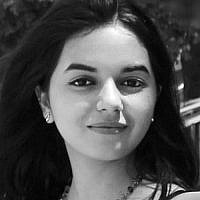 The Blogs
Anam
An Aspiring Social Scientist
Apply for a Blog
Advertisement
Please note that the posts on The Blogs are contributed by third parties. The opinions, facts and any media content in them are presented solely by the authors, and neither The Times of Israel nor its partners assume any responsibility for them. Please contact us in case of abuse. In case of abuse,
Report this post. 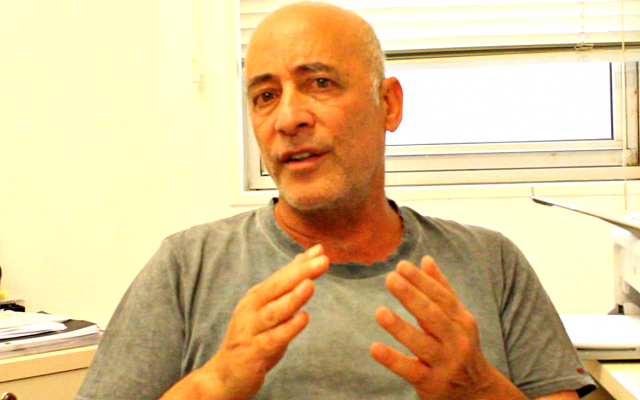 Meeting Hillel Cohen, a renowned historian of Jewish history and Arab-Jewish relations in the campus of The Hebrew University of Jerusalem (Israel) was a pleasure. He was kind enough to manage sometime between his lectures as we talked about the historical context and implications of the Israeli-Palestinian conundrum. His well-known book, Year Zero of the Arab-Israeli conflict 1929 (2015) is the winner of the Azrieli Award for best book in Israel Studies on the subject.

Please Introduce yourself and tell me about your relation to the land of Israel?

Hillel: My name is Hillel Cohen. Currently, I am a professor at the Hebrew University of Jerusalem. I was born in Jerusalem in 1961 so this is my homeland and my country. And of course, I am a part of the Israeli people and as a historian, I am deeply involved with the history of the Jewish people and with the Palestinian National Movement.

Your book Year Zero of the Arab-Israeli conflict (2015) mentions the 1929 riots as the initiating point of the tussle between Jews and Arabs.  What was the most pressing cause for this?

Hillel: First of all, I think the animosity between Jews and Arabs is a historical phenomenon. Even if we go back in history, we see that there were tensions between Jews and Muslims in the days of Prophet Muhammad as well. So, it’s not that the year 1929 brought new development to the history of conflict. You know, killing each other is part of human relations. But in this case, if you see the Jews in Palestine lived relatively in harmonious relation with their neighbours. There were not bloody events or massacres as such. Of course, in times of upheavals, Jews were more vulnerable than others, but this was not frequent. I am talking about the 18th and the 19th centuries. But what happened with Zionism, with the Balfour declaration and occupation of Palestine by the British, the Jews became a political power. Now with political power, the idea of the Jewish sovereignty was proposed, based on their old ties with the country, and they believed it is there right. When it became more and more clear to the Arabs that the Jews did not want to be defined as neighbors or guests but rather wished to control the country, the Palestinians resisted. The massacres of Jews in Hebron and Safed were the peak of that resistance.

Do you think that the Zionist aspiration of founding a Jewish state to cure the malady of Jewish people living as a persecuted minority in any way justify the harm done to the Arab inhabitants of Palestine?

Hillel: I don’t know how you calculate harms. What I do know is that European Jews in 1920s and 1930s were in desperate need to find a place to live because they were in real danger of annihilation. As a Jew, it is very easy for me to understand why Jews at that point wanted to leave Eastern Europe. I know that most Jews would have preferred to go to the United States but since in mid-1920s the United States changed the laws of immigration, so it blocked their entry. So, I understand why many Jews wanted to come to the holy land, to Eretz Israel. But it’s also very easy for me to understand why the Palestinians rejected it. I think there is no people or community that wants immigrants to come in even with historical claims. So, the only question is whether the Jews could have found any other way? For example, not to come to only Palestine but to establish small communities all over the Arab world in the sense that there won’t be their majority in any place and they would be less dangerous in the eyes of the local Arabs. This is one idea, but generally speaking, it’s not that the Jews had many options at that time.

Given the history of plurality of the region of Levant, do you think both Zionism and the Arab National Movement somehow fall short in addressing the concerns of these diverse communities in an inclusive way?

Hillel: The reality of diversity or pluralism does not guarantee equality. It was never the case here. The question is to the privileged group is whether you accept to be less powerful and you are ready to give up your privileges. People do not tend to do it. And therefore, in tandem to the rise of the ideas of equality the tension between Muslims and Christians in the Levant increases. In other words, the idea of equality between Muslims, Christians and later Jews was not easy for these diverse communities. it should be remembered that the pluralism in the Middle East was based on a certain social system in which the Muslims were superiors

What according to you is the most disturbing aspect of the conflict?

Hillel: That people are being killed.

As a historian, do you think that the history of everyday life of Jews and Arabs living in this part of the world called Israel/Palestine since time immemorial is a strong cultural heritage—a nostalgic tool that might bring them together after all these long periods of hostility?

Hillel: I don’t think there is any nostalgia because for many Jews their memory of being under a Muslim rule is not necessarily a positive one. It is true for Jews all over the Muslim world. My father came from Afghanistan. So of course, there is nostalgia and a memory of Muslim neighbours. Like there were some rulers who were kind to the Jews and others were tough, but life was not easy as a Jew. So, we can’t say that one can use this memory to rebuilt connections, mainly because it was based on hierarchy. I mean when the Jews were very weak, they accepted it because what else can a helpless minority do. But when they had more power, either because of the British support, or American assistance or even the success of the Zionist movement, whatever the reason might be when you are powerful, you do not accept to be lower in the social hierarchy anymore.

Talking about the contesting narratives—where both sides have their own versions to present before the world, what are the possibilities of peace?

Hillel: In order to start any kind of negotiation, each side should know the narrative of the other. Not necessarily agree, because it is very difficult to agree. But first to know the narrative and then to understand that the basic motivation of the other side is not necessarily evil. I mean many Palestinians believe that the Zionists came here in order to kill them or expel them. No, they came here to find a safe haven for Jews. But it is true that the consequence was that many Palestinians were expelled and killed. The same is true on the other side as well. Many Jews believe that in Islam you must kill Jews. No, this is not serious. Because if this was so, Muslims would have killed all the Jews of Palestine under Muslim rule. Why did they wait until British occupation and the Zionism? So, the conflict is about sovereignty not about existence. We should know first what the debates are all about, what are the motivations of different parties. Then maybe we can reach a certain level of understanding.

With your own experiences, do you find any differences between Ashkenazi, Sephardic and Mizrahi Jews with regards to their perception about the conflict?

Hillel: Not really, at least not in the current generation. Yet people use their backgrounds in different ways. You can find Jews from the Muslim countries say that life under Muslim rule was great, whereas others would tell a completely different story. I think the realities are always very mixed. So are the memories. Now the memories are also shaped by current political goals and aspirations and ideas. Thus we can find that people use memory in different ways. You know sometimes people say that the Arab Jews are more right-wing and they hate Arabs more. I don’t think it is true. But we have to understand the difference between personal relations, which is one thing and political view, which is another. So, people whose politics are anti-Arab doesn’t mean they are not friends with Arabs or vice versa.

Given the rise of Fanaticism on both sides, where do you think the future of the land is moving towards?

Hillel: I don’t know. But I am not optimistic. Because I don’t see any way to make it better at the moment. Except for education, to make people learn more and accept more ideas. But not everyone is ready for it.

About the Author
Anam is a PhD student from EFL University, Hyderabad, India. She was awarded the Israel Government Fellowship (2018-19) for her research in Israeli-Palestinian Literature at Tel Aviv University by MFA, Israel Government. Her current research revolves around the civilizational identity of Jews and Arabs in the Mediterranean/Levant. She is also interested in philosophical debates around culture, Identity and world ethics.
Comments