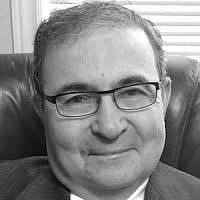 The Blogs
Paul Socken
Apply for a Blog
Advertisement
Please note that the posts on The Blogs are contributed by third parties. The opinions, facts and any media content in them are presented solely by the authors, and neither The Times of Israel nor its partners assume any responsibility for them. Please contact us in case of abuse. In case of abuse,
Report this post.

Seventy years after the Holocaust, Poland seems to be having something of a Jewish renaissance. Jewish heritage tours wax rhapsodic about the new Jewish reality in Poland.

It is easy to understand the enthusiasm. Poland was, as Rabbi Kelman writes, “the cradle of Chassidut and the centre of Jewish life for many years”. It was home to countless luminaries of Jewish thought. Their writings are indispensable to Jewish understanding and observance to this very day. We are, writes Rabbi Kelman, “its heirs, who gain strength from our past as we guarantee our future”.

Tales are told about the many Righteous Gentiles who risked their own lives to save Jews during the war. They are rightly praised and honoured by Yad Vashem in Israel.  Jews who moved from Europe and North America to Poland to nurture this revival say that they are there to provide services to those Jews who remain and those who only now are discovering their Jewish roots. This is truly a noble enterprise and these selfless individuals are to be commended.

Jewish Studies thrive at the University of Krakow. Jewish institutions need no armed guards and Jews walk in public with kippas with no fear. This is ironically a much better situation than in France.

A recent article in the New York Times recounts the journey of a writer and his sister celebrating their discovery of their parents’ past in Poland. Jews have “planted the seeds of a reviving community in Warsaw and Krakow, and an astonishing corps of Polish gentiles have made it their mission to rediscover a people that had been so entwined with their own”.

These developments are heartening and inspiring. So why do they leave me with such a hollow feeling? Why do I feel haunted rather than reassured?

In November, the Museum of Polish Jewish History opened to educate the population about the Jewish contribution over a period of a thousand years. It is apparently a stunning architectural wonder and a great success. But isn’t that an unintended realisation of Hitler’s ambition — a museum for a destroyed people? In Lesko, Poland, a well-maintained 17th century synagogue, say the writers of the NYT article, “draws tourists even if it is used as an art gallery that sells Christian icons”.

Is Poland, as the writers suggest, a “Jewish Disneyland without actual Jews”? Auschwitz is Poland’s single biggest tourist attraction.

I am conflicted because my own Jewish Heritage tour of Prague, Vienna and Budapest a decade ago, revealed stunningly beautiful cities of high culture and great achievements. Yet, the once great Jewish presence is today in its graveyards and disturbingly quiet and empty synagogues.

Life is complex and Jewish history especially so. It is impossible, so soon after the greatest disaster to befall the Jewish people in modern times to judge what is going on dispassionately and accurately. In a world where western European Jewry is threatened and Israel is increasingly besieged and isolated, to know that small islands of Jewish life are being renewed is welcome news.

Still,  it is painfully difficult to think of eastern Europe as anything but a graveyard. Do a grand museum, university courses, some signs of synagogue revival and services and unmistakable good will by gentile friends in any way compensate for the three million Jews who once lived full lives and contributed to that great land? Or should we even be thinking in that way?

Is it being too skeptical not to be comforted by an obviously heartfelt attempt by many Jews and gentiles working together to rebuild in some small way what was lost?

In Judaism, the only people who can grant forgiveness are the victims. Those victims are mostly gone now. So history is the only possible judge. Given some time and perspective, this renewal may prove to be a small, or even perhaps significant, part of the Jewish return to history after the long, dark night of Jewish pain and loss. Despite doubts and questions, why not have faith that it is?

Dr. Paul Socken is Distinguished Professor Emeritus in the University of Waterloo

About the Author
Paul Socken was on the faculty of the University of Waterloo (Canada) for 37 years where he chaired the Department of French Studies and established the Jewish Studies programme.
Related Topics
Related Posts
Paul Socken
Comments