The Blogs
Rachael Wurtman
Apply for a Blog
Please note that the posts on The Blogs are contributed by third parties. The opinions, facts and any media content in them are presented solely by the authors, and neither The Times of Israel nor its partners assume any responsibility for them. Please contact us in case of abuse. In case of abuse,
Report this post. 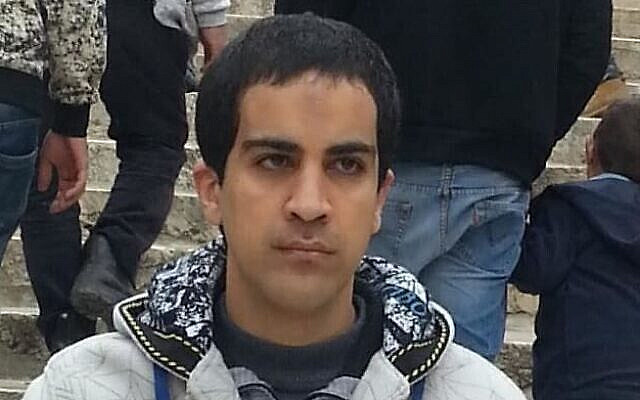 Iyad Halak’s death was a tragedy.

Border police shot him last week while he was walking to his special needs school. According to multiple  reports in The Times of Israel,  police ordered him to halt because he appeared to hold a gun. He had significant autism and was nonverbal. He  responded by running and hiding. The police chased and shot him multiple times. Officer and commander provided opposing descriptions of the events.

Halak was not carrying a gun. His behavior was consistent with that of someone who had autism. He was  unable to respond to the verbal command. He may have had slow verbal processing.  He might have been running to escape unfamiliar or aversive sights or sounds.

He was the innocent victim of several possible factors: police misconduct,  misreading of autistic behavior, miscommunication between officer and commander, or perhaps a combination. The case is under investigation. Having worked as an attorney at the Israel Police, I am confident that the probe will be thorough.

I sent Ohana information about an autism program: ALEC, Autism Awareness Training for First Responders.   A retired firefighter and the father of an adult who has autism, William (Bill) Cannata founded ALEC in Massachusetts in 2003 because he observed that many encounters between police and other first responders and  individuals with autism  “ended in death”.   Cannata told me, “It happens no matter what, to people of every race , when first responders don’t understand.”

The training is mandatory for all police cadets in Massachusetts and optional in many other states.  Cannata also trains staff at the Federal Bureau of Investigations and the Federal Department of Corrections. His instructors are  police officers who are parents of children who have autism . He has trained  police departments in Ireland, Scotland, and Australia. Cannata is available to train the Israel Police.

The ALEC training teaches the identification of and response to autism. The first part of the training presents the behavioral signs and teaches officers to distinguish them from behavior caused by drugs or intoxication. Cannata defines the disorder: challenges with social interaction,  communication, and behavior.

These are some examples of the content that he has adapted for police officers:

“Individuals who have autism have delayed processing and sensory issues. Eye contact sets them off. They have echolalia- they repeat words- but officers think it is defiance. They have suspicious behavior: pacing, talking to themselves, looking in windows. Some are nonverbal and  have flat facial affect,  repetitive behavior, poor eye contact, flapping and rocking, stimming behavior, aggressive and are irritated if you get into their personal space.

When they have contact with first responders, even if they are highly verbal, they freeze and are unable to speak. They display extreme behavior and wandering. Fifty percent head to the water. Drowning is the leading cause of death. Situations can escalate fast.”

Cannata teaches autism terminology. He told a story about a police officer who observed a 14 year old sitting in a park, ‘stimming on a string’. She was shaking the string back and forth. When asked,  she said she was ‘stimming’. The policeman had not heard the term, thought she was on drugs, and  put her in handcuffs.

The second part of the training focuses on strategies: communication, de-escalation, containment, and protection of police. He demonstrates different methods of communicating with individuals who are nonverbal. He provides laminated communication cards with picture icons and advises police to ask caregivers for specific advice about communication.

Sensory sensitivity is very common in autism, yet police may be unaware that their lights and sirens may trigger intense reactions. Police should speak in a “ low key,  calm voice, and reassure.” They should turn off car lights and siren.

Running is common.  Cannata teaches his officers to geographically contain  individuals to prevent them from  bolting. They are not ‘streetwise’ and might run into a street.

Officers have to protect themselves. Even young children can be exceptionally aggressive and physically strong. Sheriffs  have been “taken down” by 8 year old’s. Cannata tells police to ‘stand back’ to ‘avoid invading personal space’.

Cannata teaches police to build community with individuals who have autism and their families. He visits schools and city camps and encourages parents to provide information. He  has ‘face sheets’ with photos and notes on how to interact,  for example, ‘touch or hearing sensitive’.

Autism training saves lives.  ALEC has trained 47,300 first responders in Massachusetts ; there have been no incidents since training started in 2004. First responders carry sensory kits in their vehicles. Kits include squishy and fidget toys.

Recently, a girl wandered off in a video store. A police officer was summoned to the scene. Two weeks earlier,  he participated in training. He observed her behavior and said, “that’s autism”.

Halak is gone: the police robbed an innocent youth of his life. From the news reports, it seems clear that his autism played a major role in his response. Whether or not the police were aware of it will be revealed as the inquiry unfolds.

If Amir Ohana is serious about disabilities training, it is time to act. Before the next encounter occurs between an individual who has autism and the Israel Police.

About the Author
Rachael is a journalist who lived in Jerusalem between 1987 - 1996. She writes the ‘Inclusion Matters’ column for the Jewish Advocate and articles for Honest Reporting. She has blogged for Jewish Boston, Friendship Circle and the Parent Professional Advocacy League. A former attorney, she has a master’s in child development. She was an early intervention specialist and special education advocate.
Related Topics
Related Posts
Comments