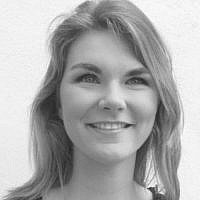 The Blogs
Alexandra Tompson
Apply for a Blog
Please note that the posts on The Blogs are contributed by third parties. The opinions, facts and any media content in them are presented solely by the authors, and neither The Times of Israel nor its partners assume any responsibility for them. Please contact us in case of abuse. In case of abuse,
Report this post.

It is also accused of triggering a wave of hate, Holocaust denial and anti-Semitism right across the globe.

As a result, the proposed law sparked a diplomatic row with Israel and drew warnings of repercussions from the US.

The amendment to the Institute of National Remembrance law (the so-called Polish anti-Defamation Act) calls for fines or prison sentences of up to three years for anyone intentionally attempting to attribute the crimes of Nazi Germany to the Polish nation or state.

To put this into perspective, 16 European countries and Israel have enacted laws against Holocaust denial.

The denial of the systematic genocidal killing of 6 million Jews and people of various ethnic groups in Europe by Nazi Germany in the Second World War is punishable from 1 up to 20 years of imprisonment depending on the country.

The enforcement of these laws and subsequent punishment are seemingly draconian across the board for us Brits and Americans.

We have rejected measures against Holocaust denial with the noble aim of upholding free speech.

Yet, most countries have opted to criminalise hate speech.

Arguably to protect an equally noble cause – that of historical accuracy and memory.

We live in a world where there are no accepted facts.

Fake news is bad. But fake history is even worse, and it’s hijacking our past.

The term “Polish death camps” is taking the world by storm, unconsciously impregnating and shaping our memory.

The BBC has referred to “Polish death camps” despite numerous complaints filed by MP Daniel Kawczynski.

Even President Obama used the phrase.  A real and timely concern of the Polish people who desire to preserve the historical truth that concentration camps were built and operated by Nazi Germany during its occupation of Poland.

The Act submitted to the Sejm on 26 January 2018 was simply a reaction to misinformation.

In signing the bill into law, President Duda aspired for the world to remain precise as to the wording used when speaking about painful historical facts. A commendable effort.

So why the international outcry?

A justified reproach were Poland actually in the process of suppressing facts and knowledge about the Holocaust.

Let us be reassured, paragraph 3 of article 55a of the law specifically ensures that scientific publications or research and artistic activity are exempt from the legislation.

Yes, there is some lack of clarity at what point the law would come into play, the very reason why the President referred the law to the constitutional tribunal for review and clarification.

Tired of having to shy away from misleading and fabricated statements regarding it’s role in the Second World War.

In a twist of irony,  Poles constitute the largest national group within the Righteous Among the Nations recognised by Yad Vashem.

We must remember that in Poland specifically, German Nazis punished those  who provided any kind of help to Jews with death for the entire family, and sometimes neighbours.

There was no anti-Semitism in the structural sense. Of course there were inevitably such individuals. The law does not whitewash their crimes.

The full history needs to be known.

MP Stephen Pound so poignantly reminded his audience in the House of Commons debate, “let us never forget that there was no Polish Pétain or Quisling. If we want to see the Poles in the Second World War, we need to look to General Bór-Komorowski, the people who fought with the Warsaw rising and the people in the Government in exile who introduced the death penalty for confiscating, stealing or abusing Jewish people or their property”.

It is only natural that Poland is concerned about the international media’s lack of care as to what actually happened in World War Two; 6 million Polish citizens  slaughtered, Warsaw flattened, Poland betrayed to the Soviets by the allies. Have we forgotten?

Reacting to the constant reference to “Polish death camps” is not about redefining the past. It’s about keeping it defined. It’s about closing the door to revisionism, not solely on Polish history, but European history and the insinuated assault on the Poles’ contributions to fighting Nazi ideology. Pound summed it up beautifully.

“Sometimes silent witness is more powerful than the vocal and the verbal. To see those stars of David in the Polish cemetery [Monte Cassino] tells me that Poland protected, defended and respected its Jewish population, and it will continue to do so”.

About the Author
With British, South African and Polish roots, Alexandra was raised in London in French schools and graduated in French and English Law from Exeter Uni. She's currently working at the Trade and Investment Agency in Warsaw, Poland.
Related Topics
Related Posts
Comments