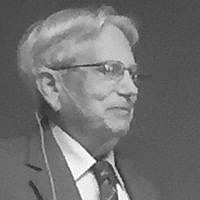 The Blogs
Norman L. Cantor
Pursuing Fairness
Apply for a Blog
Advertisement
Please note that the posts on The Blogs are contributed by third parties. The opinions, facts and any media content in them are presented solely by the authors, and neither The Times of Israel nor its partners assume any responsibility for them. Please contact us in case of abuse. In case of abuse,
Report this post.

Much of the commentary following Benjamin Netanyahu’s winning of 30 knesset seats (versus 22 predicted in pre-election polls) attributes the victory to “fear” on the part of Israeli voters. That fear is that the parties to the left of Netanyahu will give away the store if placed in charge of Israel’s fate. The underlying perception is that the left naively believes that only Israeli intransigence blocks permanent peace with the Palestinians. From the left’s supposed perspective, if Israel would only withdraw from most of Judea and Samaria and agree to Palestinian sovereignty there, all contending parties could grasp hands and sing Kumbaya.

If unilateral withdrawal from the West Bank were the Zionist Union’s (center-left) real position, public revulsion would be readily understandable. The great bulk of the Israeli public can’t reconcile unilateral withdrawal from territory with harsh historical facts. They don’t have to go back to Arab rejection of a 2-state solution in 1947-48 (with Arab states launching a war of destruction), or the founding of the PLO in 1964 (dedicated to violently reclaiming all of Palestine even before Israel occupied an inch of the West Bank), or the 1967 Arab rejection of negotiations to resolve the fate of the newly conquered West Bank. Israelis recall the Palestinian rejections of statehood offers in 2000 at Camp David and in 2008. And they have an indelible recollection of the unilateral withdrawal from Gaza in 2005. That withdrawal was grounded on an expectation that Gaza’s residents would utilize the opportunity to peacefully self govern and would be deterred by Israeli military might from launching hostilities. That Gaza withdrawal instead engendered a violent takeover by Hamas (an entity dedicated to the violent destruction of Israel), imposition of harsh Sharia law, and the launching into Israel of many thousands of missiles wreaking such havoc on southern Israel’s civilian life that 3 military incursions have been necessary to try and quell those destructive barrages. A similar withdrawal from a “security strip” in southern Lebanon entailed Hezbollah’s further inroads into Lebanon and emplacement of rockets and missiles threatening Israel’s northern population.

Given these past traumas, it is no wonder that Israelis fear that facile concessions and/or unilateral withdrawal from the West Bank (Judea and Samaria) would have similar dangerous repercussions. Only this time the missiles would be launched from very short distances from Israel’s population concentrations. Add to the fear factor the recent advances of Islamic fundamentalism in nearby Syria, Iraq, and the Sinai desert. Consider also hostile Iran’s footholds in Israel’s environs – through Hezbollah’s emplacements in Lebanon and in the Syrian Golan.

Benjamin Netanyahu did make a concerted effort in the recent election campaign to play to Israelis’ security fears. He proclaimed that there would never be a Palestinian state “on his watch” and that he would take further steps to prevent such a development by building more of a Jewish presence in East Jerusalem. He shrilly condemned “anyone who moves to establish a Palestinian state today” as simply providing a launching pad for further attacks on Israel; he accused the left of burying their heads in the sand. Netanyahu warned that Arab voters were streaming to the polls, an alarm not so much racist as an effort to present a frightening specter flowing from the United Arab List’s preoccupation with Palestinian affairs rather than the welfare of Israel and its Arab citizens.

The impact of Netanyahu’s scare tactics actually fell primarily on the right-leaning part of the voting spectrum. The last pre-election public opinion polls showed the Zionist Union with 26 knesset seats versus 22 for the Likud. The possibility that the Zionist Union might outvote the Likud triggered Netanyahu’s frantic warnings. Following this end-stage scare campaign, the Likud ended up with 30 seats. The likelihood is that Netanyahu’s shrill rhetoric influenced right-leaning voters from the Bayit Yehudi (Naftali Bennett’s party) and Yachad (Eli Ishai’s party). They were impelled to vote for Netanyahu to reinforce his chances to garner the largest electoral bloc and thereby get the first chance to form a new governing coalition. Both Bayit Yehudi and Yachad ended up with fewer seats than indicated in the pre-election surveys.

Some evidence supports the thesis that the fear factor indeed moved voters toward Netanyahu. The geographical distribution of election results shows that in areas most affected by missile barrages – places like Shderot and Ashdod – the Likud outpolled the Zionist Union by a ratio of four or five to one.

A major irony of Netanyahu’s claims about the left’s willingness to give away the store is that the Zionist Union’s actual positions were attuned to Israel’s security concerns. Its platform expressed readiness to renew negotiations toward a 2-state solution, but with careful regard for Israel’s security needs. The platform includes provisions on demilitarization of any future Palestinian state, on disarmament of Hamas and other radical movements, and on preclusion of weaponry from Hezbollah. The only “concession” to the Palestinian side was willingness to freeze settlement building outside the blocs likely to be retained by Israel in any future 2-state deal. In short, the platform attended to security concerns while recognizing the warnings of many former heads of intelligence services and former generals that the biggest long-term threat to Israel’s wellbeing lies in absence of permanent resolution of Palestinian grievances.

The Zionist Union’s election campaign focused on domestic economic issues rather than frictions with the Palestinians. The downplay of peace prospects was understandable, given the Israeli public’s incredulity about Palestinian desire for a peaceful 2-state resolution. That doubt is grounded on the Palestinian Authority’s heralded rapprochements with Hamas and its increasingly bellicose rhetoric toward Israel.

With 20/20 hindsight, perhaps the better election strategy would have been to confront head-on the issue of negotiations with the Palestinians. The Zionist Union might have recycled Ariel Sharon’s 2005 speech at the United Nations, where he said:

The right of the Jewish people to the Land of Israel does not mean disregarding the rights of others in the land. The Palestinians will always be our neighbors. * * * They are also entitled to freedom and to a national, sovereign existence in a state of their own. * * * It is possible to reach a fair compromise and coexistence in good neighborly relations between Jews and Arabs. * * * [However,] there will be no compromise on the right of Israel to exist as a Jewish state, with defensible borders in full security without threats and terror.

Of course, Sharon then slipped up when he unilaterally withdrew from Gaza without any security arrangements. He gave away the store in that instance.

It is the unenviable task of Isaac Herzog, Tzipi Livni, and like-minded people on the center-left to persuade Israeli voters (and the major world powers) that the vision of peaceful coexistence of Israel and a Palestinian state is not pie in the sky. The center-left’s task is to reassure that Israel’s extension of a peaceful hand toward negotiations would be circumscribed by constant awareness of Israel’s security needs – that it won’t give away the West Bank store. It must show that the real obstruction to a peaceful, 2-state resolution is Palestinian enmity and resistance to recognizing Israel’s right to subsist with security for its population.

Right now, the center-left’s task looks like mission impossible. Who in the Israeli electorate will be convinced about negotiations when daily reports arrive about Hamas’ continued missile rearmament, tunnel digging, and rededication to the goal of destroying Israel, all while the Palestinian Authority pursues hostile confrontation in international forums? To generate a negotiated end to Israeli domination over 2.5 million West Bank Arabs, the U.S., Europe, and all interested foreign powers will have to exert their influence on the Palestinians, as well as the Israelis, to undertake good-faith negotiations toward a 2-state solution. Without significant changes in tone on both sides, the long-term peace prospects look dismal.

About the Author
Norman Cantor is Distinguished Professor of Law, Emeritus, at Rutgers University Law School. http://law.rutgers.edu/directory/view/ncantor His scholarship appears in 4 books and scores of journal articles. His personal blog is at http://seekingfairness.wordpress.com. His recently published memoir is titled: "My Eccentric Family: Memories from a Communist, Mafioso, Zionist Past."
Related Topics
Related Posts
Comments