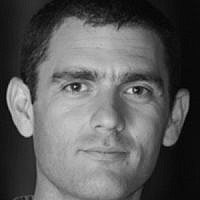 The Blogs
Matan Peleg
Apply for a Blog
Advertisement
Please note that the posts on The Blogs are contributed by third parties. The opinions, facts and any media content in them are presented solely by the authors, and neither The Times of Israel nor its partners assume any responsibility for them. Please contact us in case of abuse. In case of abuse,
Report this post.

Not many people know Marcia Freedman. Freedman is a former Member of Knesset for the Ratz party (predecessor to the Meretz party), and is one of the few Members of Knesset who emigrated from Israel following her Knesset term and returned to her country of birth – the United States.

Despite the Israeli public’s lack of familiarity with her, in the recent J Street conference Freedman successfully and succinctly expressed the classic post-Zionist approach that calls into question the existence of the state of Israel as a Zionist state – meaning, a Jewish and democratic state. Her words are definitely worthy of consideration:

“If we think about Zionism as an attempt to create a homeland for the Jewish people, rather than a Jewish state, then we have a lot of space in which to think about Zionism, and we have a lot of space to think about what this country of Israel ought to look like in particular, with respect to the Palestinians from whom we took the land. We took this land, and we displaced a people who are now struggling for their place in the world…”

Freedman then went on to further argue that:

“I suspect that it’s the idea that somehow or other a Jewish homeland cannot create a secure refuge and center for the Jewish people unless we are the majority in that state is one that we really need to start thinking about… Let’s not talk about separation, let’s talk about cooperation. Let’s not talk about keeping control, let’s talk about losing control and integrating and becoming a state of all of its peoples. That is what we need to be thinking about, and there is no reason, there is no internal contradiction between that and between having a state that is a secure refuge and homeland for the Jewish people… If then it [Israel] were a true democracy in all respects, that guaranteed and fiercely protected the rights of all minorities, including the governing rights of minorities, then I think we can begin to imagine a Jewish homeland, a homeland for the Jewish people, in which we are a minority. Because we are a protected minority, and our mission of having a homeland and refuge for the Jews in case of need, is secured by the state, no matter who is in power.”

Freedman’s words express the complete and total denial of reality contained within the post-Zionist approach; a denial of history and a denial of politics.

First, we look at the denial of history:

So, to Mrs. Freedman – I’m sorry we won. Truly, no one thought that in the War of Independence, a tiny Jewish settlement would defeat the armies of seven Arab states and all of the Arab residents of the land, who received assistance from the British. And if she is referring to Judea and Samaria (“the West Bank”), here too Freedman is showing an obvious disconnection from reality. The source of all of the Palestinians’ problems is and always has been their almost religious “resistance,” which the Arabs are so proud of. We’ve already grown accustomed to the fact that every time we try to make peace, Israeli buses begin to explode.

So is it really any wonder that a sane political solution has yet to be found? A fair and true analysis would entirely reject any Jewish fault for the Palestinians’ condition. You can ask Hamas in Gaza. One week after the government of Israel emptied the entire Gaza Strip of Jews in 2005, Hamas sent a suicide bomber to nearby Beer Sheva in order to show that the resistance would continue. Later they perpetrated a brutal and murderous coup against Mahmoud Abbas’ forces, and from that day, until today, have been launching nonstop rocket attacks against civilian citizens of Israel.

The denial of political reality –

So it’s not clear what kind of “cooperation” she is talking about that doesn’t exist. And if we assume for a moment that Freedman is referring to Judea and Samaria again and not to the rest of Israel, then we need merely to remind her that any attempt at cooperation between Jews and Arabs in Judea and Samaria led immediately and directly to terrorism and to the murder of Jews.

It has always been this way. It was that way before the country was even founded. The slaughter of the Jewish community in Hebron in 1929 (19 years before the state of Israel was founded) is but one example out of a myriad of such examples that continue to this day.

By the way, the very clear separation that does exist in Judea and Samaria is actually at the behest and initiative of the Palestinians themselves. What this means, is that Jews may not enter Arab settlements or villages. Over the years, the Palestinians have killed or tried to kill every Jew that entered their villages, whether on purpose or by accident. As mentioned earlier, the principle of “resistance,” which the Palestinians are so proud of, is the source of all of their problems.

A casual read of a daily paper drives this point home in gruesome detail. Syria, Iraq and Yemen are all their own Hells on earth. Even now, Coptic Christians in Egypt suffer from a lack of civil rights. There is not one Arab state where Arabs of Palestinian descent enjoy equal human rights, despite their being Arabs, descended from Arabs, just like all the other Arabs who live around them.

Embarrassingly from Freedman’s perspective the sovereign Jewish State is the only one in the region that provides minorities with human rights and protects them. Is it any wonder that in recent years, more and more minority leaders in Israel are coming out and calling to strengthen Zionism? (For instance, Father Gabriel Nadaf, founder of the Forum for Recruiting Arabic-speaking Christians in the Israel Defense Forces, and Anet Haskia, a Muslim mother whose son serves in the IDF’s Golani Brigade and recently ran in the primaries for the nationalist “Jewish Home” party, among many more).

Analytically, the post-Zionist approach is the stuff of fantasy. The Jewish people are the only people in the Middle East that provide stability and human rights to all its citizens, whoever they may be. Not surprisingly, things in Israel are far from perfect. But unless one is applying a cynical double standard of behavior, the state of minority rights in Israel completely outshines those in all of the surrounding Arab States.

This detached approach championed by Freedman, by the way, is not a new one, she merely expresses it well. The former CEO of the New Israel Fund, Hedva Radovanitz, told the US Embassy’s political advisor in February of 2010 that “in 100 years Israel would be majority Arab and that the disappearance of a Jewish state would not be the tragedy that Israelis fear since it would become more democratic.”

The cloak of Zionism that the New Israel Fund and J Street have appropriated for themselves are deliberate manipulative fabrications. There is nothing at all to connect Zionism and a state of all its citizens.

Any call to nullify the state of Israel as a Jewish state – as a Jewish and democratic state – is tantamount to a call for the murder of all Jews and, ironically, most of the minorities living in the land of Israel.