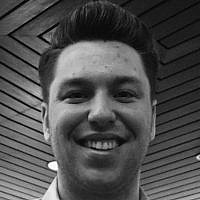 The Blogs
Alex Frank
Apply for a Blog
Please note that the posts on The Blogs are contributed by third parties. The opinions, facts and any media content in them are presented solely by the authors, and neither The Times of Israel nor its partners assume any responsibility for them. Please contact us in case of abuse. In case of abuse,
Report this post. 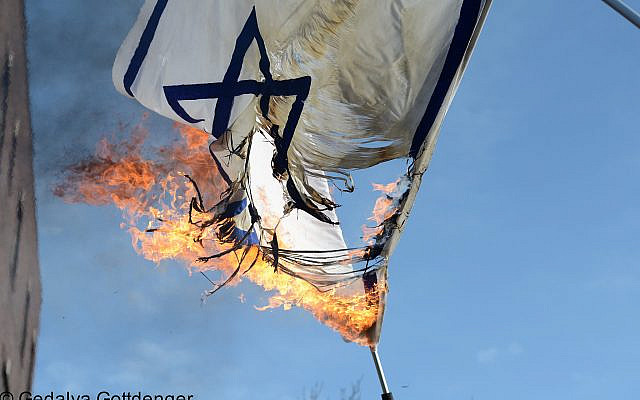 Postmodernist ideas are the new craze within the Western world. In a time where “income inequality” and “racism” are growing at unprecedented historical rates, everyone is increasingly looking for someone or some group to castigate blame upon, or a(n) ‘historical injustice’ to correct. But to paraphrase the brilliant Jewish Economist, Milton Friedman, we should seek to judge policies and theories on their respective accomplishments, not intentions. However, Friedman’s entire premise would be deemed ‘systematically oppressive’ under the theory of Postmodernism, which contends that we must place a greater influence on one’s subjective, anecdotal experiences instead of empirical evidence that may suggest that one’s experience is not an indication of any abstract and vague Postmodernist concepts, such as ‘systemic racism’ or ‘institutional biases.’ Unfortunately, such ideas have become increasingly mainstream within cultural institutions and academia within the West, particularly in America. As we will see, such ideas and theories are not only dangerous, incoherent, ahistorical, and divisive but also antithetical, in practice, to its very proponents’ supposed “goals.”

When Kimberle Crenshaw, a prominent Legal Scholar at Columbia, first introduced the now well-known social science theory of Intersectionality, it was obviously crafted with the noble purpose of granting minorities of an atypical experience or upbringing a platform to share their “experiences.” Crenshaw argues that, in the West, people tend to see individuals in the binary of race, whether Black, White, Asian, etc. Crenshaw’s entire theory contends that by simply focusing on one immutable feature of a person, we cannot possibly fathom their comprehensive experience within society. To understand the full picture of one’s ‘truth,’ Crenshaw concludes that we, as a collective society, must craft a hierarchy of historically disadvantaged and victimized groups, which includes one’s sexual orientation, nationality, racial grouping, sex, ethnicity, religion, financial security, etc. Through the creation of the hierarchical grouping of identities, Crenshaw, and others seek to grant those of a certain ‘experience’ more power and say within society, all in the hopes of addressing what Postmodernists within American academia perceive as “social injustice” and “institutional biases” designed to benefit groups, such as “white, European males” and a select few others in particular at the expense of all other historically disadvantaged groups within Crenshaw’s hierarchy.

However, because ‘Intersectionality’ creates this hierarchy based upon the severity of one’s ‘present and historical injustices,’ Crenshaw and others within academia realized and acknowledged that they would have to accept their own distorted logic that meritocracy and individual differences exist within their own respective theories of Intersectionality and Postmodernism but not within society at large, which does illustrate a great deal of circular reasoning and intellectual dishonesty. To solve this supposed problem, Crenshaw’s theory of ‘Intersectionality’ discards with the classically liberal concepts of individual experiences, natural law, and meritocracy in favor of collectivism and moral relativism, which are both incorporated within the larger framework of Postmodernism. As a result, people are no longer considered “people,” rather seen as members of various subgroups that are compounded into one collective.

At this point, one may find themselves confused, mentally exhausted, and simultaneously wondering, “what does any of this have to do with the Jewish people?” Sadly, a lot. Under the prescribed doctrines of Intersectionality and Postmodernism is the need to incorporate Neo-Marxist thought, which enables both the Postmodernist emphasis on moral relativism and Intersectionality’s emphasis on collectivism to become a reality through the inevitable utilization of Neo-Marxist theories, specifically concerning the makeup of societal power structures and its hyper materialistic views in describing the role of ‘the state.’ Not only have these theories historically been debunked time and time again by academics and policymakers alike, but it has also led to the tragic loss of thousands or even millions of innocent lives in nearly every single instance, whether under the Maoist regime in China, the Third Reich in Germany, Che Guevarra’s Cuban ‘revolution,’ Stalin’s USSR, Castro’s Cuba, or, most recently, Maduro’s Venezuela.

While these ideas are much more mainstream and socially acceptable on what we would refer to today as the so-called political “left,” which, as noted earlier, remains fundamentally distinct from Liberalism, there are certain strands of thought that remain consistent within both the postmodernist right and postmodernist left. One can easily notice that both the Postmodernist left and Postmodernist right have starkly different beliefs concerning the “victimized groups” within each respective perception of ‘Intersectionality,’ but they always seem to converge in their acknowledgment and agreement that the “victimizers,” which, again, is not seen under the classically liberal notion of individualism and individual experiences within a collective group, but which groups have the most material wealth or control the so-called “levers of power” within society. In this instance, both the postmodernist left and postmodernist right reach an agreement, more generally, on who is ultimately to blame: Jews and Israel.

However, one must acknowledge that this agreement is reached on a more general level. For the Postmodernist left to deem or argue that Jews are the ‘oppressors’, this requires a more sophisticated approach than the Postmodernist right, as their worldview has become, and will remain, far more mainstream than Nazism. This entails the utilization of both Neo-Marxist power theory and Intersectionality. However, in doing so, this inevitably leads to disdain towards both Israel’s right to exist and Ashkenazic Jews. Under the ‘dictates’ of intersectionality, Ashkenazic Jews are no longer perceived as a Semitic people indigenous to the Southern Levant of Israel, but simply a religion co-opted by ‘White European Colonizers.’ Why? Because of their perceived ‘whiteness.’ Therefore, it must be the case that the Ashkenazim are oppressive, foreign invaders committing ‘apartheid’ against the truly indigenous minorities: Arabs. The notion that Ashkenazic Jews are ‘white’ because some are supposed ‘white-passing’ is not only asinine but ahistorical and demonstrates full-scale ignorance of how ethnically and culturally diverse the Middle East is. It is a given that our root culture and our diaspora culture will be different from Arab culture, and that is because we’re not Arabs. But in the castigation of the Ashkenazim as ‘White European Colonizers’ and Israel’s founding as a byproduct of such, the Postmodernist left will claim, under the guise of Neo-Marxism, that we, Jews, are actually part of the ‘Hyper-White,’ which is a ‘special status’ only obtained through collective material success and the procuration of power within the perceived, larger white superstructure. In addition to said requirements, one may only achieve membership within the ‘Hyper-White’ if a collective group’s ‘Whiteness’ is deemed sufficiently white by, well, you guessed it, the other members of the ‘Hyper-White.’  Not only is this blatantly anti-Semitic, stupid, and racist but ultimately demonstrative of historical ignorance.

The historical realities of the Jewish Diaspora have been well documented by scientists and religious scholars alike. But under movements and nonprofits that emphasize Postmodernism, Intersectionality, or Neo-Marxism, none of this will even remotely matter. It does not matter whatsoever to these groups and individuals that all three subsets of Diasporic Jewry (Ashkenazim, Sephardim, and Mizrahi) are mere geographic terms denoting where a certain group of Jews settled at some time between their dispersion from Israel and the present. They are diaspora subgroupings and are ultimately the same people, indigenous to the same place. So when The Y Chromosome, which is inherited patrilineally, of nearly all Ashkenazic and Sephardic Jewry contains mutations that are common among Middle Eastern peoples, but highly uncommon in the general European population, according to a study of haplotypes of the Y chromosome by Michael Hammer, and others. Many other articles support and expand upon this scientific finding, but the main goal here is to explain and explore the fallacies of Postmodernism, as well as its various philosophical counterparts. Such evidence runs counter to the Postmodernist Left’s theories concerning the Jewish community. The Postmodernist Left will utilize intersectionality and, once again, Neo-Marxist power theories to formulate their beliefs. They see and will continue to see, Ashkenazic Jews as ‘foreigners,’ A.K.A. European colonizers. And thus, they are not truly ‘of color,’ but Sephardic, Ethiopian, and Mizrahi Jews will be considered ‘Jews of color,’ and therefore be accepted into the so-called resistance and revolt against the ‘Hyper-White,’ assuming that said subsets of Jews vacate their ancestral homeland… Of course, all of this is sheer and utter nonsense and also requires the conflation of race with ethnicity, which as noted earlier, is required to root out the ‘Hyper-White’ within the supposed white superstructure of oppression that is allegedly foundational to Western Civilization. And, as a result, we end up with the Postmodernist Left routinely defending and/or ignoring the actions and doctrines of Hamas, the PLO, Hezbollah, anti-Semites, Sharia Law, the Nation of Islam, Critical Race and Ethnic Studies, and an Iranian regime that just so happens to harbor and finance terrorism that is devoted to the destruction of the State of Israel.

The Postmodernist Right, while similar to the Postmodernist Left in its prognosis of Jewish domination and societal control, ultimately diverges from its counterparts in its adoption of a different hierarchical victim than that of Intersectionality. In this reconstructed hierarchy of oppression, Neo-Nazis, and White Nationalists craft and establish a nonsensical narrative that the “Jewish race” is overtly plotting to displace those of “Aryan” blood, thereby allowing the “Semites” to effectively dismantle what they perceive as America’s roots as a ‘White, Christian’ nation. Those under the spell of this misguided ideological doctrine tend not to even practice Christianity. In fact, according to the Homeland Security Office of New Jersey, there is evidence to suggest that Neo-Nazis and White Supremacists frequently embrace radicalized forms of Islam, which the Postmodernist Left routinely ignores. That said, Theologians and Ethicists within the Christian community continue to denounce the obvious evils of White Nationalism and Neo-Nazism. As we have seen throughout history, some of the most profoundly effective and famous advocates of addressing social injustices, such as Frederick Douglass, Martin Luther King Jr, Sojourner Truth, Dietrich Bonhoeffer, Nelson Mandela, and Rosa Parks, were all devout practitioners of Christianity and believers in the Judeo-Christian concept of Natural Law, not Intersectionality. Let us all, regardless of race, ethnicity, nationality, or religion, follow their exemplary examples and seek to root out injustices and instances of bigotry that exist without demonizing one another. After all, we are all made in g-d’s image.

In contrast to the Postmodernist Left, the Postmodernist Right is a lot less intellectualized but much more transparent about their beliefs and values, which is both good and bad in some respects. Following the horrific tragedies that occurred as a result of the Holocaust, the blatant bluntness of the Postmodernist Right is obviously going to draw far greater scrutiny within mainstream circles. However, as individuals and Jews, we have a duty and responsibility to hold the Postmodernist Left, the clearly more mainstream sect, accountable for their actions and distortions of reality just as much as the Postmodernist Right. If we refuse or choose not to do so, there will simply come a time when there is no objective reality that exists for Jews or other ‘sane’ individuals to fight these narratives from within. As George Orwell once brilliantly stated in the masterful classic, 1984, “Don’t you see that the whole aim of Newspeak is to narrow the range of thought? In the end, we shall make thoughtcrime literally impossible because there will be no words in which to express it.”