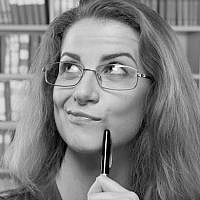 Raising my teenage daughter has brought with it a host of challenges and opportunities for growth, among them the issue of drugs. The messages she receives at school are quite confusing, with the adults regularly saying that all drugs are bad, while many of her peers—particularly the “cool kids”—pressuring her to experiment with them. When I was a teenager, hard drugs were frowned upon, but marijuana was considered acceptable. In fact, I still occasionally smoke, even though it is illegal in my state. However, I have been very careful about doing so only when my daughter is away. I really don’t like sneaking around my own home and leaving my daughter to interpret the mixed messages she is receiving at school without my guidance. What do you think I should say to her?

I think your instinct to talk to your daughter is a positive one.

Parenting certainly is challenging, as you say, especially when the job pushes us to examine our own behavior, as we know our children consider us role models. Parents are also human beings, with our own inner conflicts, inconsistencies, weaknesses, attachments, desires, and dreams. It is important to model to our children our full humanity. No one is perfect. That is an important—although not easy—lesson to learn in life, just as important as the personal values we learn from our parents.

Nevertheless, it is wise to take advantage of the opportunities our children offer us for self-reflection before exposing our imperfections to them. Being a parent can sometimes push us to be more true to ourselves and our ideals because we know our children are always watching. I know parents who stopped smoking cigarettes because they did not want to send a message to their children that smoking was a good idea. I also know parents who continue to smoke cigarettes while telling their children they realize it is a bad habit, but they cannot manage to stop. And that is also fine.

I suggest you approach this challenge as a gift, a chance to truly look inward and come to a clear decision as to where you stand. If you come to the conclusion that you do indeed feel totally justified in smoking marijuana even though it is against the law of your state, then you should feel confident enough in your behavior to expose it to your daughter. But not without an intense conversation about why you choose to act the way you do. This could be a wonderful opportunity for deep communication about life, law, ethics, self-control, danger, recreation, responsibility, personal choice, and more.

Perhaps my most important goal as a parent is to keep the lines of communication open. I want my children to feel comfortable approaching me to talk about sex, drugs, alcohol, and any other topic that might be difficult for a child to open with his or her parents. But fostering that kind of open relationship requires honesty on both sides. Parents cannot expect their kids to be honest with them, if they are not honest with their children.

Rabbi Dr. Haviva Ner-David is the Director of “Shmaya”: A Ritual and Educational Mikveh. She is the author of two memoirs: Life on the Fringes: A Feminist Journey Towards Traditional Rabbinic Ordination (JFL Press, 2000) and Chanah’s Voice: A Rabbi Wrestles with Gender, Commandment, and the Women’s Rituals of Baking, Bathing, and Brightening./em>

I largely agree with the advice that Haviva has given. I think it is an excellent opportunity to explain critical thinking about social norms and the legal system.

I would confirm for my daughter that it is a very confusing situation with mixed messages. It has gotten even more so with the legalization of marijuana in Colorado and Washington. I think it is useful to point out the history of anti-marijuana laws in the U. S. and their origins in racist and anti-immigrant ideology. I think reading together sections of the book The New Jim Crow by Michelle Alexander would be very valuable. She very carefully details how the war on drugs – especially the very harsh laws about marijuana – were clearly designed and then implemented to put young men of color in jail.

Your daughter would learn important lessons about power, the legal system and the unethical nature of some laws. This could lead to a very interesting conversation about when we choose to not obey laws, what risks are we willing to take, and when we might engage in principled violation of the law, i.e. civil disobedience.

It is also a good opportunity to talk about the development of the teenage brain, which could lead to some useful self-understanding. Neuroscientists now know that the brain develops over a much longer time that previously thought. The brain of a teenager is not fully formed, and there are indications that marijuana may adversely affect the development. Your daughter should know what the risks of smoking might be. This needs to be balanced with a lesson about the very negative effects of alcohol. The evidence is clear that alcohol is far more dangerous than marijuana. There is good material about how and why the legal system privileges alcohol over marijuana, again a valuable lesson in how laws are made and whom they serve.

Naturally, these conversations need to be in a context of love, appreciation and acceptance. Above all, your daughter needs to feel your love and caring.

Mordechai E. Liebling is the director of the Social Justice Organizing Program at the Reconstructionist Rabbinical College (RRC).

Haviva makes a strong argument for being honest and owning up to the fact that you have chosen to engage in recreational marijuana use. I also appreciate her point that our kids are often much more aware of our behavior than we might think. It’s very hard to hide things from little eyes and ears (and noses, in this case). Like my fellow panelists, I agree that addressing this issue directly with your daughter is much better than continuing to hide your pot habit and avoiding the issue. She is going to find out about it sooner or later, why not deal with it now before it becomes more uncomfortable or even explosive?

While I appreciate Mordechai’s perspective about the political and economic dimensions of the laws concerning drug and alcohol usage, I do not view this as an appropriate time to present your adolescent child with the comparative risks of using either of these substances. To my mind, neither has a place in the lives of teenagers, and I think you should express your disapproval as clearly as possible. As Mordecai said, our kids have developing brains and face enough challenges to overcome without altering them chemically.

Finally, I want to challenge you and ask if you really need to continue to smoke marijuana. If it is not something you feel you must do, why engage in an illegal activity that also makes it more complicated to keep your daughter from doing it?

Forgive me if I sound somewhat rigid on these issues, but I think honesty, clarity, and consistency will serve you best in this case.

Dan Brosgol is the Director of Prozdor, a 500-student supplementary school for students in grades 6-12 operated out of Hebrew College in Newton, MA. He holds a BA in Politics from Brandeis University and both a certificate in Jewish Day School Education and an MA in Jewish Education from Hebrew College. Dan is pursuing a doctorate in education at Northeastern University and is regular blogger for JewishBoston.com. He is an avid runner and Boston sports fan, and lives in Bedford, MA, with his wife and four children..

Do you think parents should be as transparent and honest as possible with teenage children? Is it alright to enact do-as-I-say-not-as-I-do rules as a parent? Is smoking marijuana inherently unethical, or does it only become a problem if it is illegal? Have your say in the comments section below.


And of course, if you have a dilemma you’d like us to address in the Ethical Jam, send it to EthicalJam@timesofisrael.com