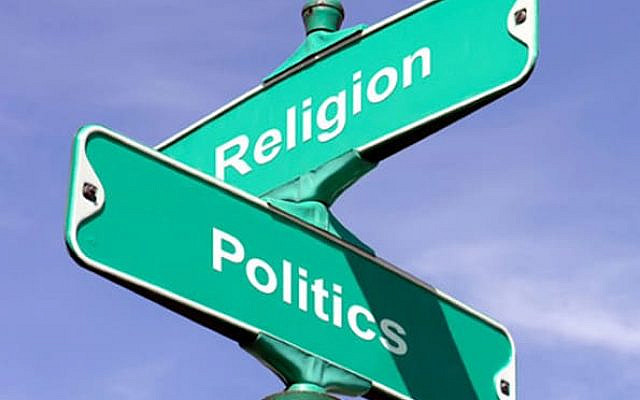 Recently Rabbi Yosef Adler, morah d’asra of Congregation Rinat Israel, unintentionally created a controversy when he answered a shaila from a congregant about removing the word “nasi” (President) from the Prayer for the Welfare of the Government after the riots at the Capitol.  Given the political reality, as Rabbi Adler viewed it, he recommended taking out the word from the prayer the Shabbos before President Biden was inaugurated — and reverting back to including the word a week later, after the inauguration.

The decision was not received well by many congregants, who saw it as a political statement rather than a halachic decision, and it forced Rabbi Adler to issue further clarifications on the subject.

I feel bad for Rabbi Adler because I believe he had no intention to bring politics into the question he answered.  Unfortunately, given the divisiveness we are currently experiencing in this country, I’m not surprised at how it played out.

However, what is most unfortunate is that there might have been a way to have avoided this kind of controversy.  If the words “nasi” and “mishneihu” (President and Vice President) had not been in the prayer in the first place, and if they had been replaced with the words “leaders of the country” instead, the prayer would be politically neutral.  And there would have been no need to even think about making a change.

The Prayer for the State of Israel is actually composed that way, as we ask Hashem to send his light and truth to the leaders and advisors of the country (“sareha v’yoatzeha”), with no mention of any particular individual officeholders.

Decades ago, perhaps because someone thought that this might become a problem one day, Congregation Kehilat Jeshurun in New York City changed the text of the prayer, so that the President and Vice President are not specifically mentioned in the modified version that they recite each Shabbos.

Several years ago, Rabbi Jonathan Muskat of the Young Israel of Oceanside also changed the text of the prayer at his shul, by removing reference to specific leaders.  He wanted to depoliticize the prayer, explaining his decision as follows:  “By amending the prayer so that its focus is solely on asking God to bless the United States and its citizens and to provide our American leaders with the wisdom to act favorably to the Jewish people, we express gratitude for the country in which we live and to our government in general and we remove any future question of reciting it, whether we agree or disagree with a particular government’s policies.”

The change makes good sense.  And there is rabbinic precedent for it, too.  The prayer, which dates back to the 16th century, has been modified over the centuries many times, by different countries and by different shuls.  Even the two versions of the prayer that appear in the ArtScroll and Koren siddurim are slightly different (although they do both mention the President and Vice President).

In order to avoid a future situation like what happened in Teaneck, I believe that the Rabbinical Council of America should recommend that all of its member shuls use a neutral version of the Prayer for the Welfare of the Government.  This version would refer only to our leaders — and not the President and Vice President — and speak to general principles such as peace and liberty, in order to permanently remove political controversy about this prayer.

Rabbi Shlomo Brody of the Tikvah Online Academy said it best: “There is absolutely no reason to have a version which some group will want to change in light of a disagreeable policy (say, inciting a riot; or renewing the Iran deal; or annexing or seceding territories, etc…).  Synagogues should remain free, as much as possible, from the political divisiveness overwhelming so many countries around the world, particularly around ‘personality-based politics.’  Prayers for the government may be reviewed to ensure that the prayer is sufficiently generic to bestow wisdom on the current leaders to institute policies that protect the tranquility and prosperity of general society and the Jewish people. In this respect, we can continue to pray for the well-being of the state without fighting over the current government’s policies.”

Which brings me to a second related question: Should rabbis endorse specific candidates or political parties from the pulpit?

Rabbi Efrem Goldberg and Rabbi Barry Kornblau recently engaged in a dialogue about this question, with Rabbi Goldberg emphatically saying they should not and Rabbi Kornblau making a case as to why they should.

On this question, I side with Rabbi Goldberg.  First of all, it is generally a bad idea careerwise for a rabbi to publicly state his preference for a particular candidate or political party (since invariably there will be congregants who disagree with him, and who will be upset that he is using the pulpit for political purposes).

However, putting that fact aside, there is another important reason why it’s inappropriate for a rabbi to publicly support a candidate from the pulpit.  Frankly, I don’t want my rabbi telling me who I must vote for, or asserting which candidate is better for Israel and the Jewish people.  I can decide that for myself.  I’ll stick to asking him questions about kashrut and other halachic matters for which he is trained.

With that said, I do believe that it’s appropriate for a rabbi to speak about current events or about moral issues that we face in today’s world.  Especially when the rabbi can tie the discussion to the Torah portion or other Jewish sources.  No one was better at that than Rabbi Dr. Norman Lamm, of blessed memory.  Whether it was civil rights, the Vietnam War, the Mideast conflict, or other inyanei d’yoma, Rabbi Lamm masterfully wove his opinions on these subjects into his sermons, always providing a Torah message in his thoughts about these secular topics.  And he generally attempted to avoid taking sides or to endorse specific candidates or political parties.

Our rabbis have enough challenges, without having to decide which Presidential candidate to endorse, or whether to include or not include the President in the prayer for our government.  Let’s keep politics out of the pulpit … and out of our prayers.