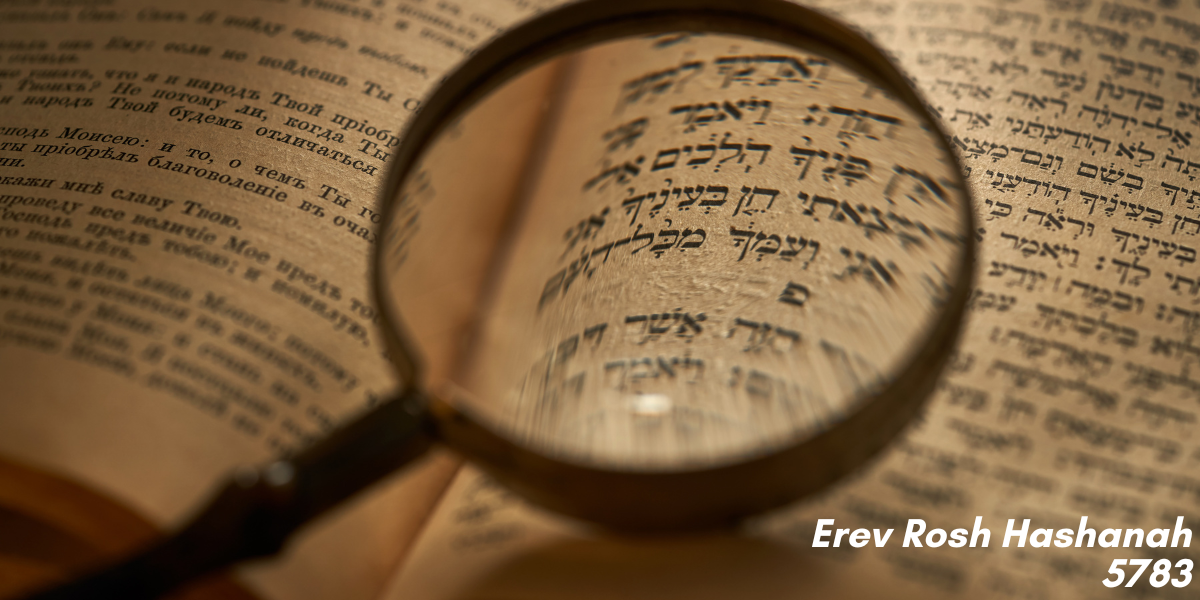 A storm descends on a town, and the downpour turns into a flood. As the waters rise, an old man stays in his house, surrounded by water, and prays. An emergency alert goes out: “Flood warning! Evacuate now!”

Still the waters rise. Now the man is on his balcony, wringing his hands in supplication, when a motorboat drives by.

“Get on in. The levee’s gonna break any minute.”

The man is unmoved. “I will stay. God will see me through.” 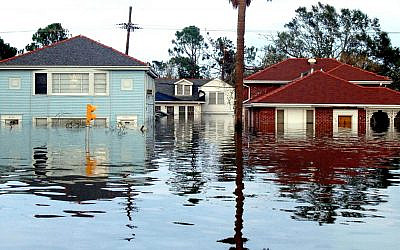 After a while the levee breaks, and the flood rushes over the house until only the top of the roof remains above water. The man is clinging to the roof when a helicopter descends out of the clouds, and a state trooper calls down to him through a megaphone.

“Grab the ladder. This is your last chance.”

Once again, the man insists God will deliver him.

And, predictably, he drowns.

When the man dies, he goes to heaven. After a while he gets an interview with God, and he asks the Almighty, “God, I had unwavering faith in you. I prayed so hard. Why didn’t you deliver me from that flood?”

God shakes God’s head. “What did you want from me? I sent you an emergency alert, a boat, and a helicopter.”

We are here together to begin our most holy season of the year. It is a season of contemplation and self- reflection, an opportunity to change the course of our lives to where we want to be, to where we think we should be. And during this season, we are about to spend a lot of time praying.

Now, there are a few different types of prayer. I particularly love prayers of Hoda’ah, gratitude, where we acknowledge the many gifts that we have in our lives. I love the way they help us appreciate blessings that we might otherwise take for granted. There are also prayers of Shevah, praise, such as the opening blessing of the amidah, in which we refer to God as “ha-el hagadol hagibor v’hanorah,” “the great and mighty and awesome God.”

But today I want to reflect on a type of prayer that, on the one hand might be the first thing we think of when we think of prayer, but that on the other hand, can be the most fraught: prayers of petition. So many of our prayers are requests, especially at this time of year. Just think about the Avinu Malkeinu prayer whose traditional melody is so familiar and so beloved to so many of us. In quick succession, we ask for health, life, money, and so much more. Now, at first glance, the purpose of this type of prayer might seem obvious. We ask for things because we want to have them, and we direct our request to God, presumably because we believe God has the power to grant us what we want.

But is that so? When we ask God for something, do we believe our asking will cause God to give us what we want? And if not, then why are we doing it?

There are lots of challenges that many of us have with prayer, but right now I’d like to reflect on the challenges presented by this assumption, that we ask for things in order to get God to give them to us.

The Talmud tells us that one thing we should NOT do when we pray is to express a desire to alter the past. “The mishnah states: “One who cries out over the past in an attempt to change that which has already occurred, it is a vain prayer.” For example, a pregnant person should not pray for a boy or a girl, since the fetus already has a sex, the expecting parents just don’t know what it is. “Or, another example, one who was walking on the path home and heard the sound of a scream in the city, and says: May it be God’s will that this scream will turn out not to have come from my house.” Someone has already screamed, the person hearing the scream just doesn’t know who it is yet. So to pray that the scream was in someone else’s home is to pray to alter the past.

The mishnah says about both of these examples: “It is a תפילת שוא (tefilat shav), a vain prayer.”

What’s the harm in such a prayer? Well, what has happened, has happened, even if you don’t yet know the details, and no amount of prayer is going to change that.

The rabbis are telling us that prayer should not be an empty experience. Once something has occurred it cannot be changed. True prayer, meaningful prayer, prayer that connects us to God, to our community, to ourselves, must be in the realm of the possible. Prayer should reflect realistic aspirations, and should be focussed on how we can accept what is — not about changing what can’t be changed. 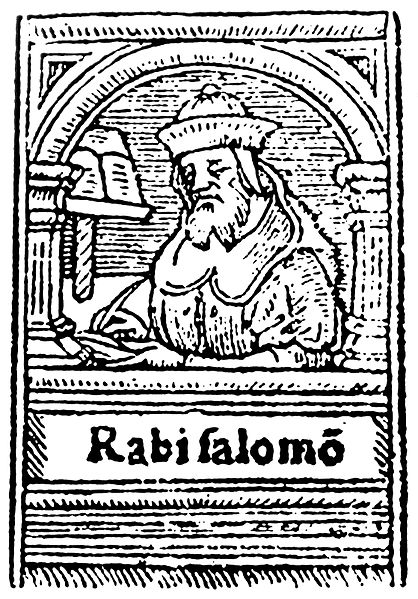 Now if praying about the past is a problem, we might think that we should pray about things that might happen in the future. And in fact, our prayer books, both year-round and on the holidays, are full of these types of prayers. But just a page later in the Talmud, we see the following: “Anyone who prolongs their prayer — and — the commentator Rashi explains– offers it with, not the hope, but the expectation, that it will be answered, will ultimately come to heartache.”  Rashi explains that the heartache comes from the prayer not being fulfilled. Rashi, the most widely known Rabbinic commentator of all time, is telling us that we should not be hutzpadik; we should not ever assume that we are so deserving of God’s beneficence that God simply MUST grant our desires.

But isn’t it a good thing to pray for the things we want? And if we’re praying for something that we want, wouldn’t it make sense to at least harbor some amount of hope that our prayers will be answered? Well, as we all know, terrible things happen in the world, including to good people, and including to people who pray. Rashi is telling us that prayer is not magic. And if you think it is magic, you’re going to be disappointed. 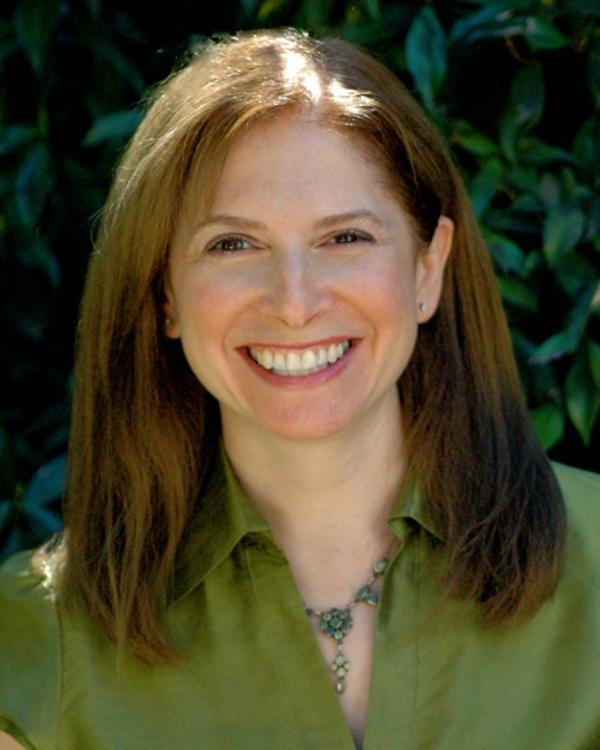 Rabbi Naomi Levy, who has published a book full of her own original, heartfelt, prayers, writes about praying without knowing whether God will respond to our prayers as we might wish. She writes, “God’s answer to our prayers may be very different from the answer we were searching for. God’s reply might come as the strength to fight on. It may come as the courage to face what we have been fearing. God’s answer may be the ability to accept what we have been denying. Or it may appear as hope in the face of despair. Prayer is ultimately an experience, not a request. It is a sense of being connected, of being part of something larger than ourselves.”

For Naomi Levy, prayer is often about acquiring the resilience to face the challenges in our lives. The act of praying itself may help us to summon up our inner resources.

One of the prayers that to me exemplifies this is Sh’ma Koleinu, the prayer in which we beg God to listen to us. We implore God not to abandon us, not to be distant. Sh’ma Koleinu expresses a deep desire to feel seen and heard. In this prayer, we are praying, not for a specific outcome, but for connection. That deep need for connection is a big part of what we might be trying to address when we pray in general as well.

There’s something else that prayer does as well. The prayers that are written in our mahzorim help us focus on the things that are most important. What do we pray for at this time of year? We ask for life, for health, for safety. We ask for the things that are basic. Even though we don’t expect to get everything we ask for, the prayers can still be meaningful to us because they give us the opportunity to articulate what is in our hearts. They articulate the feeling of how precarious our lives are and how much is out of our hands. And they give us the opportunity to say,  “This is what I want. I want health, I want to feel connected, I don’t want to be abandoned.”

Our most intense yearnings are often universal. When we share them as a part of our service, in prayer, those yearnings bring us together as a community, and then connect us further with humanity as a whole.

Over the next two days, and then on Yom Kippur, let’s take full advantage of our mahzor, and of being together. Let us allow the words, and the melodies, and the presence of others, to transport us.

Prayer, as we’ve seen, is not necessarily about getting what we may want or feel we need.  And yes, prayer can be difficult, for a variety of reasons. But it can be deeply rewarding, especially when pursued with others. Let’s embrace it.

L’shanah tovah tikateivu. May we all be written for a good and sweet new year.

About the Author
The Assistant Rabbi at Temple Emunah in Lexington, MA, Rabbi Leora Kling Perkins is deeply committed to building and sustaining flourishing Jewish communities inspired by the Jewish tradition. Originally from Needham, MA, Rabbi Kling Perkins is a graduate of Brandeis University and earned rabbinic ordination and an M.A. in Jewish education from the Jewish Theological Seminary (JTS) in New York.
Related Topics
Related Posts