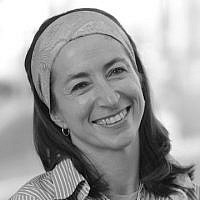 There are certain worries that mothers of 19 year olds share: test anxiety, college woes, laundry, and breakups…the usual stuff – their struggles are ours.  However, if – like me – you are the mother of an Israeli 19 year old, you have to add to your list of concerns things like hypothermia, military equipment, training injuries, and the occasional outbreak of war, because my son, like the vast majority of Israeli high school graduates, is serving in the IDF, and in his case, in a combat unit.

Eilon Kohan – featured in Beneath The helmet – on leave & doing what teens do.

It’s a peculiar double-life he lives.  During his breaks from the army, he’s basically a regular kid – he parties like the best of them; spends lots of time with his friends, going to the places and doing the things that all guys his age like to do.  The difference is that these adventures are usually stuffed into a frenzied weekend, where sleep is not calculated into the equation.  He can’t afford it if he wants to squeeze some fun and normalcy into an otherwise physically and mentally gruelling week. Such is the life of most Israelis between the ages of 18 and 21.

As an observer, along for the roller coaster ride of Israeli parenthood, it occurred to me that this dual existence and the changes I saw in my son would make for a very interesting and unique documentary film. The experience of being forced into a position of incredible responsibility – grappling with issues of life and death – is a potent catalyst for maturity. While it is a gradual process, far from complete, it is happening to my son whether he realizes it or not. It’s a profound personal growth that I doubt either college or work would have achieved.

With this is mind, I and my fellow film-makers at Jerusalem U decided to follow and document a group of Israeli paratroopers during the most formative period of their army service:  the first eight months of training.  This footage is the basis of our new documentary, Beneath the Helmet: From High School to the Home Front, which has just been released in Israel and across the United States.

Beneath the Helmet takes the audience behind-the-scenes and explores the lives of Israeli soldiers who had only recently graduated from high school. We were granted an extraordinary level of access to the five wonderful young people who’s lives we followed, but what I feel really makes them come alive, not just as soldiers, but as people, is that we took the cameras not only onto their base, but into their homes, where we meet and see them with their families and friends.

It may surprise young American viewers to see how on one level their lives are very different from that of their Israeli counterparts, but at the same time, despite being trained to jump out of planes and pushed to the limit of their physical ability, these Israelis share a great deal in common with their American audiences: Their interests – relationships, gadgets, music, educational opportunities, fashion and fun – are practically identical.  And yet their priorities, responsibilities, life lessons and experiences are so different.  Whereas one 19 year old may spend his time thinking about hot cars, beautiful girls, and weekend thrills, another may be considering whether to attempt to enter a more advanced fighting unit, how to squeeze sleep into hours of training, how to operate as part of an elite team and what to do if his position comes under attack.

For me, one of the most exciting parts of releasing Beneath the Helmet is hearing just how young Americans feel about the similarities and the differences, and if it changes the way they see themselves – or Israelis.

As a mother, you always worry about your children – this does not change, regardless of where you are in the world and what they are doing, but I think that having a child in the army, raises the fears and anxieties of us mom’s to new levels.  As long as I have a child in the army, I have to deal with that fear.  And yet, with the worry comes tremendous pride –  I have sons who put themselves on the line to defend their homeland, their families, their people, and the values of peace, equality, opportunity, democracy, tolerance.

When they enter the army they are little more than boys, and when they leave they are unquestionably adults. Beneath the Helmet is about that journey, and in a subtle way, it’s also about all of the mom’s waiting at home for their kids – we are not “beneath the helmet”. But it sure feels that way sometimes!

Rebecca Shore is the creator and producer of Jerusalem U’s new documentary ‘Beneath The Helmet: From High School to the Home Front’.