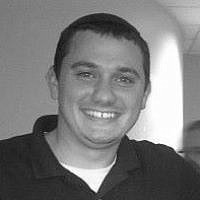 The Blogs
Jonathan Margulis
Apply for a Blog
Advertisement
Please note that the posts on The Blogs are contributed by third parties. The opinions, facts and any media content in them are presented solely by the authors, and neither The Times of Israel nor its partners assume any responsibility for them. Please contact us in case of abuse. In case of abuse,
Report this post.

Parents are generally the ones who get to be proud of their children. To see them grow and thrive, to weave and meander through life. It is however rare to hear of a child say to their parents and their own friends how very proud they are of something their parents have done.

As my parents effectively spend their last Shabbat in Galut (exile) I can say that I am so very proud of them. I am proud with them, and it’s a feeling that is purely emanating from me right now. How often does a son get to not only say Mazal Tov at his parents chupah but also sing “וְשָׁבוּ בָנִים, לִגְבוּלָם”, “And your children shall return to their own border” (Jeremiah 31:16), as he greats them in the airport as they become Israeli citizens. Come Tuesday morning I will miraculously have had the virtue of being able to do both these things.

While having felt none myself, the stories of my family’s persecution in the Soviet Union, have impacted the experiences and decisions that my family has made in the last twenty-seven years. I have personally known and seen the growth that they have gone through. As my family becomes a member of a special club that includes thousands of people. These are people that have taken the very important and special step to fulfill the yearning of our People, and move to the Land of Israel. This yearning transcends time as it is the very same yearning to settle the Land as that of Moshe Rabbeinu, whom Hashem refused to let into the land.

Rav Eliezer Melamed writes in Peninei Halacha, that it is not only a mitzvah to settle the Land. There is also a mitzvah to love the Land. Inherently we know there is a connection between the Jewish people and their homeland. It is intrinsically ingrained in the very fabric of our DNA. Rav Avraham HaCohen Kook wrote that the connection between a Jew and the Land is something that cannot be explained by any rational means or explanation. The reason we, as Jews, yearn to return to the Land of Israel so fervently stems from the eternal nature of the yearning that Moshe generated that not only was his yearning but the yearning of the Jewish People for the last two thousand years. A hope that we will return.

As more and more Jews return to the Land, make Aliyah every year, we take a step closer to our redemption. We chip away at a mindset that was set forth by the Meraglim (spies). As the Jews were about to enter the Land of Israel they set for spies to scope out the land. The spies returned with many complaints, speaking of obstacles, of how it was a land that they could never conquer. Many Jews still to this day have this very mindset, they can’t enter the Land because there are ‘giants’ here. Too many and too difficult are the obstacles that need to be overcome. Difficulties lie ahead. The journey is not easy, the reward immense, and yet so many people feel that they must bring back a report about how it’s impossible to ‘settle the Land’. Well it is this very mindset that has delayed Benei Yisrael for 40 years and delays us to this very day.

In today’s times we have gotten too comfortable in our lives. It has clouded the very yearning that is necessary for us as a people. Do not forget the yearning that the Jews of Russia felt not too long ago. A people persecuted for being Jewish. Written in their passports, their nationality was Jewish. A proud people, who yearned through gulag and pogrom. Do not forget the yearning of 6 million Jews as they marched to their deaths. A people who were slaughtered like cattle in a slaughterhouse, systematic and without distinction, rhyme, or reason.

We must understand that it is not only a desire for us to return to the Land. We are not only commanded to live in Israel. It is also our responsibility. A responsibility to live in the land, to settle it, to develop it, to grow it, to make it flourish. As long as there are Jews to live and love the Land, then it will flourish, the desert will flower and the Land will be an Eden amongst the evils that surround it.

It is not an easy road ahead for my family. Israel is very different from the lives that they have grown accustomed to living. But the rewards for the struggles of the journey are so great that every step towards them grows and changes us. Each step of the journey is a reward. To my parents I want to say how very proud I am and “לשנה הזות בירושלים” “This Year in Jerusalem!”

About the Author
Eliyahu recently graduated the University of Maryland and made Aliyah in August 2015.
Related Topics
Related Posts
Comments