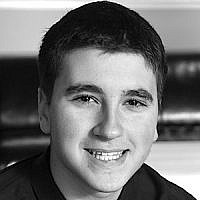 They say that pride is one of the seven deadly sins; that it can literally destroy a man. We frequently see how the negative connotation of the word pride leads people astray. However, if someone were to ask me for a word that describes my feelings about Israel I wouldn’t be able to think of a better one than pride; A pride so intense and fierce that I struggle to describe it merely with words. A pride so deeply rooted in my heart that I couldn’t fathom my life without it.

Why I am so proud to be a part of Israel and the Jewish nation? Simply put, I am proud to be Jewish and support Israel because Jews and Israel value life to the highest degree. We live in a world where we are surrounded by death, destruction and loss. The news only seems to cover violence, killings and war. We see so many countries, groups and dictators slaughtering thousands of innocent men, women and children around the world that sometimes it seems like we’re living in a hopeless world. Then I look to Israel; the one place that truly gives me hope. A country that has fought five major wars and countless battles and skirmishes in less than a century; a nation that has experienced some of the worst genocides and atrocities in human history, To the outsider, Israel has a history that would seem to point to one tragic end. Yet Israel is still here. The Jewish people are still here. Not only have we survived but we have prospered and lived full lives.

About the Author
Ben is a student at the University of Maryland majoring in Middle Eastern History and Global Terrorism. He is an avid reader, history buff and a self confessed news junkie. He is counting the days until he makes aliyah upon the completion of his degree.
Comments