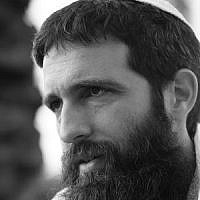 The Blogs
Aharon Ariel Lavi
Rabbi, Economist and Community Builder
Apply for a Blog
Advertisement
Please note that the posts on The Blogs are contributed by third parties. The opinions, facts and any media content in them are presented solely by the authors, and neither The Times of Israel nor its partners assume any responsibility for them. Please contact us in case of abuse. In case of abuse,
Report this post.

Parshat Ki Tavo opens with the Bikkurim commandment. It continues with related agricultural commandments and then Moses commands the Israelites to inscribe the Torah on large stones. The Sages add that this inscription was made in 70 different languages, to be accessible to all nations. The Parsha concludes with a long speech detailing the blessings the nation will receive if it follows the Torah, and the calamities which will befall it if it does not.

Bikkurim means bringing the first fruits to the Temple, and reciting a special prayer. It is valid only under certain circumstances: (1) physical presence in the Land of Israel; (2) well-established political status in the land; (3) building the Temple. There is an additional precondition, which is complete human ownership of the fruits he or she brings as the firstfruits, according to the verse: “The firstfruits of your land”. Even one who has planted a tree in their own land but has layered it into another person’s land cannot bring the firstfruits (layering is taking a branch and bending it to the point of planting it in the ground while still attached to the original tree so it grows new roots). Even if one planted and layered it into a land they owned, but there is a path that passes in the middle that is not theirs (under the arch created by the layering), the fruits are not considered theirs for bringing them as firstfruits, although property-wise they are entirely theirs. Nevertheless, the essence of the firstfruits commandment is letting go of the same fruits in a solemn and joyful process, and not as an experience of loss.

This complex dynamic, between ownership and letting go, is also one of the foundations of Shmita. Along with the establishment and preservation of the mechanisms that enable private property and personal freedom, and thus the prosperity of society and the individual, Shmita seeks to instill in us the awareness that our lives are nothing but a shadow passing over the earth, and although our natural inclination is to be preoccupied with our property (which, in many cases, will over last us, especially the unrecyclable waste we have produced throughout our lives), the property is not the thing that defines who we are.

I once learned with Rabbi Menachem Fruman, of blessed memory, that in this forceps movement – of ownership and letting go, of toil and rest, of framework and freedom – is the most liberating thing that can be found. It was when I worked with him on an essay for the book on Jewish economic thought when we suddenly started talking about the ‘Hitchhiker’s Guide to the Galaxy’. The book tells that to learn to fly all you must do is jump on the ground and miss it, and throughout the book, the protagonist – Arthur Dent – tries many times to do so, and every time ends up slammed on the floor. But one time he accidentally forgets to hit the ground and begins to fly. Rabbi Fruman paralleled this to the tension between sacrificing a scapegoat precisely at the holiest time of the year (when the High Priest walks into the holy of holies on the Day of Atonement), or the tension between aspiring for transcendental holiness and at the same time making sure charity and justice prevail within this world. This comes to teach us that this dynamic is found throughout Jewish thought.

In conclusion I would like to suggest, carefully, that Shmita, followed by the Bikkurim and the cycle of land-based commandments, invite us to do a similar thing: to jump straight into the core of private ownership in the most meticulous sense, and yet miss it and learn to fly. In this sense, Shmita enables us to grasp eternity, while living within the constraints of space and time. 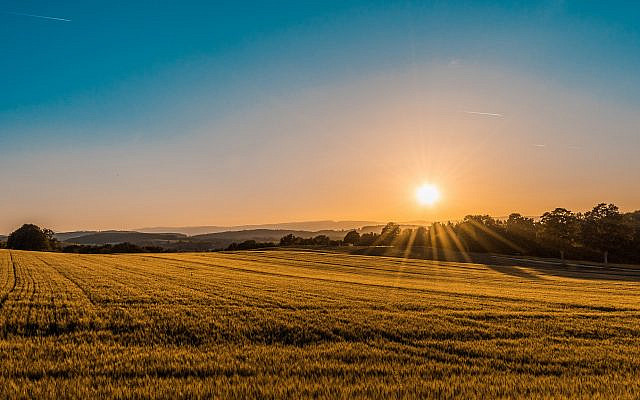 Photo by Federico Respini on Unsplash
About the Author
Lavi is a serial social entrepreneur, a professional community organizer and a thinker who believes Judaism can inspire and inform all walks of life. Lavi is co-founder of MAKOM: the Israeli umbrella organization of intentional communities; and of the Hakhel: the first global incubator for Jewish Intentional Communities which was awarded the Jerusalem Unity Prize in 2020. He is trained as an economist and historian of ideas, and writes his dissertation on migration of ideas between US Jewry and the Israeli society. He lives with his wife and their five children in Garin Shuva next to the Gaza border and on his free time he is a professional mountain biking guide, racer and trail builder. In 2009 he published his first book on Jewish economic thought. His recent book, Seven, presents Shmita inspired economic, social and environmental ideas.
Related Topics
Related Posts