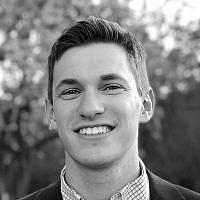 Our politics are seeped with stupidity. We all know this, at least in theory. We all love to decry it, love to show that we, well we, are actually not stupid. That the stupidity taking place in our politics is happening elsewhere, far away from the spaces we occupy. But, as clear as day, the pro-Israel camp, of which I am a proud member, has been infiltrated by stupidity.

This interaction is symptomatic of a greater problem: “pro-Israel” warriors and advocating whichever positions make one feel good. These warriors are people who espouse such strong positive views towards Israel that they are either willingly or unwillingly blind to any reasonable criticism of their beliefs and instead lash out at the critics as either anti-semitic, anti-Israel, or some iteration of such polemics. The “warriors” moniker stems from the fact that they carry themselves as if they are soldiers; they regurgitate talking points (they follow orders) and are steadfast in the belief that what they are advocating for is the only righteous way to go (they do not dare question these orders). These people act as though they are, in some way, literally doing the work of a soldier defending Israel. Spoiler alert: they aren’t. They are just ripping apart any space that is left for reasonable discourse regarding the conflict, poisoning it with hysterics and small-mindedness.

Feeling good has become a problem for the American Jewish community because the Israeli-Palestinian conflict is more complicated than feelings. What might feel good in theory will hurt in the long run.

And this all gets us to the latest debacle in US, Palestinian, and Israeli relations. Let’s walk through it.

Starting on February 1, the US government ceased all security assistance to the Palestinian Authority for training and equipment because of a newly passed US law “pro-Israel” warriors dubbed as being an anti-terror law. As Michael Koplow writes in Israel Policy Forum, “the Anti-Terrorism Clarification Act (ATCA) will subject the Palestinian Authority and the Palestine Liberation Organization to personal jurisdiction in civil suits brought in federal courts if they accept any assistance from the US.” At first glance for most American Jews, after zero thoughts on the matter, the ATCA seems like something good to get behind – incentivizing the PA to stop being in bed and have any relationship with terror. After all, Koplow writes, the ATCA “was supposed to be about allowing victims of terror to have their rightful day in court.” Sounds good.

But, once you get to thinking and digging, the alarm bells start to ring. The ATCA will end up defunding and weakening the PA security forces, thus ruining PA security cooperation with Israel. In other words, this seemingly innocent, feel-good law will likely be responsible for more terrorism in a small part of the world that already needs less terror.

Although US security aid to the PA was only going to be around $60 million for 2019, a drop in the bucket in terms of what the US spends on security, the absence of that money is going to have ramifications. As one Israeli security official told Barak Ravid of Axios, “the cessation of US security assistance will harm the ability of Palestinian security forces to function and could harm security coordination with Israel and create tensions on the ground.”

To be clear, it was the Palestinian Authority that ultimately made the final call. They said that “accepting the conditions of the ATCA would open them up to billions of dollars in potential liabilities” because the law “forces foreign organizations to be subject to the jurisdiction of US courts if they accept certain forms of assistance from the U.S. government”. And that was why the Palestinians asked that the US discontinue giving them aid.

There’s a (rather lame) saying that toothpaste cannot be put back into the tube. Israeli officials are sure trying to test that logic. As of this past week, the Israeli government is trying to fix this law. Israeli officials, according to Barak Ravid, have said that “Prime Minister Netanyahu’s aides and the Israeli ambassador to Washington Ron Dermer have reached out to the White House, State Department and members of Congress asking to find some kind of arrangement to ensure US aid to the Palestinian security forces continues”. That is because Israeli security officials, whose jobs are all about maintaining relative stability and keeping everyone safe, know that the ATCA will negatively affect Israel’s national security interests.

The ATCA will negatively affect Israel’s national security interests for several reasons. Firstly, the PA Security Forces will not have the money to be properly trained in Jordan, meaning that the PASF will be less prepared to properly deal with Hamas in the West Bank, maintain general order, and less integrated into the security apparatus that already exists between Jordan, Israel, and the US. From a coordination perspective, the US will no longer be involved in helping coordinate security between the Israelis and the Palestinians. Coordination that most experts in the diplomatic/security field regard as crucial and which Koplow points out helps to  “mediate between the two sides, calming tempers and bridging misunderstandings, lowering the temperature when things get heated.”

Not to mention, as an American, all of these feel-good moves will bludgeon our country’s ever evaporating credibility towards the Palestinians, making all of our pro-peace, pro-Israel work less effective in the long run.

This all gets back to the point that “pro-Israel” warriors don’t seem to actually care about the nuances involved in this. When this law was being signed, Ravid writes, “few in the Israeli government, Trump administration or Congress realized its potentially problematic consequences”. The “pro-Israel” warriors who were no doubt pushing this law also didn’t think about the ramifications if this law would be passed, as it was. Because, for them, the reasoning for passing the ATCA was simple: to feel good and stick it to the Palestinians. The “pro-Israel” warriors didn’t want to know what would happen if they were successful in passing the law, or even worse, they knew and didn’t care. To be fair, the PA is not filled of boy scouts. It is a problematic entity with webs of connections to terrorism, but, as Koplow writes, the PA “is on balance a critical ally of Israel’s in fighting Hamas and keeping the West Bank stable”. And in the Israeli-Palestinian conflict, you don’t choose your neighbors and you don’t choose your partners for maintaining stability. In other words, being pro-peace and pro-Israel means understanding and hoping Israel engages in realism and pragmatism, and realizing that not everything will exactly fit a perfect ideological box.

And in this is the dangers of letting the notion of trying to feel good guide our politics. The discourse revolving around the American Jewish community, and the Diaspora writ large, regarding the conflict seems to have become devoid of nuance, as this episode shows all too well. It seems to now revolve, essentially, around wanting to feel good instead of making the hard choices that will, inshallah, lead to a brighter future. And maybe that is because we are past the point where we really think any tangible peace can be reached, and thus should stop trying and thinking so hard.

They chose to set an appalling tone with that post which praised the end of US aid to the Palestinians. It was irresponsible. Especially irresponsible being that StandWithUs believes “education is the road to peace”. The sheer cruelty and celebratory tone which is being deployed regarding a move which will no doubt hurt tons of innocent people, both Israeli and Palestinian, and which the Israeli government and security officials have said would be detrimental to the delicate security situation is uneducated, and contradictory to StandWithUs’ supposed mission. One of the main reasons that StandWithUs was founded in 2001, so they claim, is to combat the “misinformation that surrounds the conflict”, but this post so willingly omits the nuances that are at play regarding the ATCA and US/Palestinian security aid in order to generate social media engagement and make people feel good.

This is the danger in the temptation of trying to find ways to feel good regarding the conflict. This is the danger of being a “pro-Israel” warrior. This desire to feel good makes people willingly or unwillingly blind to any reasonable criticism of their beliefs, allergic to any nuance; instead they are drawn to simpleton, reductionist thinking. The danger in all of this is that we as American Jews will continue to slide down a path where the conflict is looked at through a black and white lens. That we will become all the more reductionist, all the more cruel, all the more closed-minded, and all the more tense.

About the Author
Brett L. Kleiman is currently a student at Emory University in Atlanta, GA, where he studies political science and international relations. He is a research intern at the Institute for the Study of Modern Israel and is the former president of the Emory Democrats. Born and raised in Houston, Texas, Brett attended The Robert M Beren Academy for 12 years. From September 2015 to June 2016 Brett lived in Israel through Young Judaea's gap year program, Year Course. Brett is interested in Israel, America, diplomacy, podcasts, Game of Thrones, The Wire, politics, reading, sports, and peace.
Comments