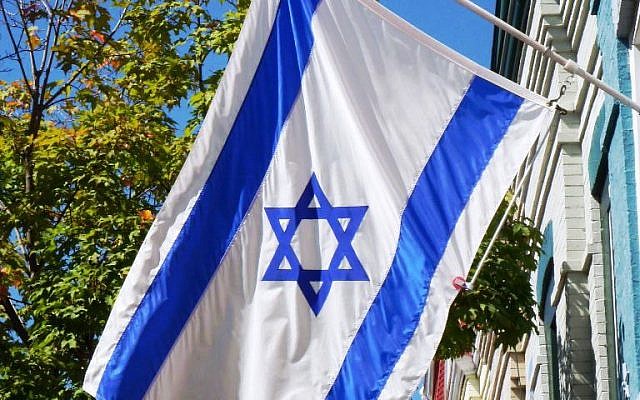 Photo by krosseel, courtesy of morguefile.com

I know I am not the only one – Zionistic and progressive – who sits in my niche, recognizing that all people need to be equally treated and that Israel is the legitimate homeland of the Jewish people. This does not mean that its government and actions are not flawed – whose government isn’t? – but that there is a clear distinction between criticism of actions and rejection of a country outright.

So far, I’ve only found two groups that are in my space; there must be more – and it is important that they not only be made of Jewish people. The first is the Zionesses Movement, in its beginning stages. The second, with a tagline of “The Voice of Pro-Israel Democrats” is the newly formed Democratic Majority for Israel. I think they need to take on education. Wanting Palestinians to have justice and a homeland does not preclude believing in Israel’s legitimacy and supporting its place in academic, business, cultural, sports and other worlds.

As I’ve written before, supporters of the Boycott, Divest, Sanction movement, and those of Students for Justice in Palestine, IfNotNow and Jewish Voice for Peace all conflate pro-Palestinian positions with anti-Israel ones and this is a mistake. They are not mutually exclusive. To be pro-Palestinian should mean to want to help them, concretely and immediately. To find ways to get the two sides to talk. But by condemning Israel and by essentially denying its legitimacy, the message is that this country, the homeland for the Jewish people, is wrong; it opens up Jews as targets of some kind of culpability which ought to only be assigned to a government, if at all. Couple that with not assigning any responsibility for the Palestinians’ suffering to their own split, oppressive and in-feuding leadership or the multitude of Arab countries which keep them in camps, and the target on the back of the Jews grows sharper.

Unfortunately, too many Israel supporters in the United States prefer to turn a blind eye to the Trump-led Republican Party’s harmful attitudes and actions; on the other side, too many advocates for progressive rights give a pass to the anti-Semitism underlying the anti-Zionistic rhetoric.

“If you are like me,” I wrote almost a year and a half ago, “an American Jew who believes people should be able to live life free of bias and that every person is truly entitled to the pursuit of life, liberty and happiness and you support Israel, you are beginning to feel screwed by our two parties.” With the 2018 midterms, I’ve begun feeling it even more; Zionists, Jewish and others who otherwise identify with the Democratic Party’s positions are having a hard time with its progressive flank’s embrace of BDS and other anti-Zionistic positions.

But that’s why Bibi’s recent signage for the upcoming election in Israel bothers me. Yes, Trump moved the embassy, but that is not the totality of who he is. For Bibi to tie his fortune to Trump is to proclaim to the world that he buys in to the rest of the package. And that is a mistake. Not only because it will further alienate American Democrats, but because it could hurt him in the world’s view. I’ve already seen comments grouping America, Israel and Saudi Arabia as the new “Axis of Evil.”

I know the concerns of Israeli politics differ from those of the United States. Believe me, I get it. As someone who lived in Jerusalem for a significant amount of time (1989-1990 and 1992-2003), whose two younger sons were born there, who believes that in this increasingly hostile world a Jewish homeland must remain world Jewry’s safe haven and who believes that all bias in this world is wrong and must be dealt with, I am uncomfortable.

I like Bibi, I do, though I can’t say that for all Zionistic progressives. I defend him against people who lump him in with Trump – Bibi reads, appreciates history, consults with experts, has an ideology, cares about the future of his country. Trump does none of these. They are not the same. That is why it infuriates me that Bibi is using these posters. The optics make it difficult for me and anyone in that narrow class I reside in to explain our support.

Until and unless the Zionist Progressive groups here in the United States gather steam, until they work at educating everybody else on the intricacies of the situation in Israel, it will be an uphill battle. If the line between the Democrats who support Israel and those who support BDS is the same as that line between as those already in Congress and the newcomers, then it will be even more difficult as we approach the 2020 elections. Bibi’s embrace of Trump, though far from the shores of the United States, will have reverberations in both countries. In Israel, it will be between those who see Trump for what he is and those who only see the positive steps taken in the region, and in America, between the very small voice which is now beginning to emerge to stand up for Israel within the left and everyone else.

So there I am: Progressive, Zionist and trying to make it work… 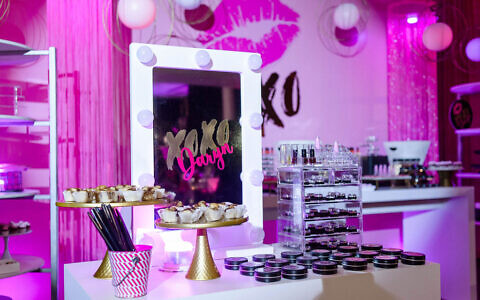 Neon to Boho Chic, Stylish Mitzvah Parties are Back on the Calendar
Debbie Diamond 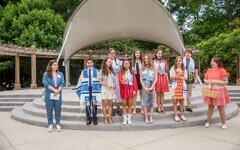 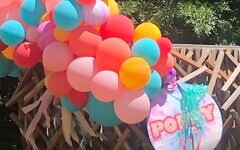 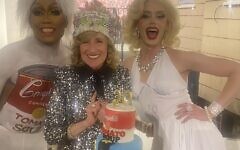 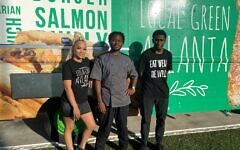 Food Truck Rental is ‘All the Rage’
Marcia Caller Jaffe 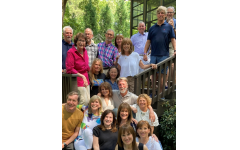