The Blogs
Marc Daniels
Apply for a Blog
Please note that the posts on The Blogs are contributed by third parties. The opinions, facts and any media content in them are presented solely by the authors, and neither The Times of Israel nor its partners assume any responsibility for them. Please contact us in case of abuse. In case of abuse,
Report this post. 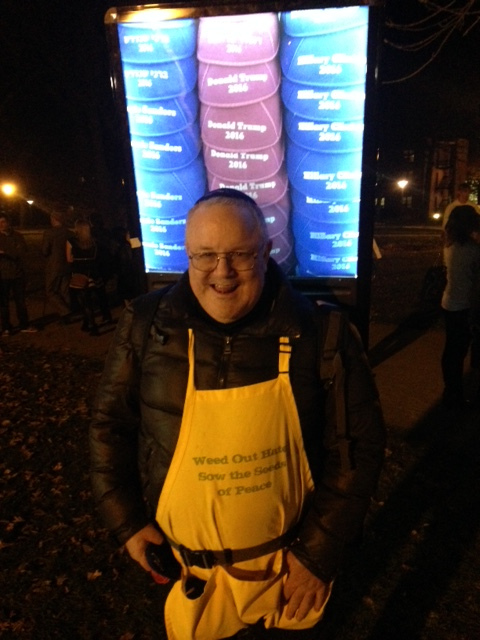 Before the Democrat Debates last Saturday evening, I was selling Presidential Yarmulkes to the public. Drake University has a strong Jewish base of students. People came up to me after calling relatives from all over the country, in real time, and purchased Hillary, Bernie, and in a few cases even Donald Trump yarmulkes in Hebrew and English. So much attention has been played in the media about Trump’s comments about registering Muslims in America. What got lost in the shuffle was my conversation with Trump about a Central Park Weed Out Hate event (or White House event should he get elected) in which Muslims, Christians, and Jews would be weeding out the hatred that fuels global terrorism. This symbolism would give the silent majority of Muslims to participate in the American resolve against Islamic extremists. ISIS may well be the master of the dark side of reality TV terrorism. Donald Trump is the master of positive reality TV events. Can you imagine 100,000 Muslims, Christians, and Jews, Hispanics, Blacks, Whites, and Asians, Republicans, and Democrats weeding out hate in Central Park? Here is a video clip of my comments to Trump, which begin at 33.25 minutes.

Nothing generates interest in a room filled with journalists that a Jewish guy wearing a Donald Trump yalmukah. This kind of kippah caucusing gives Jews all across the country to magnify their voices during the political process.