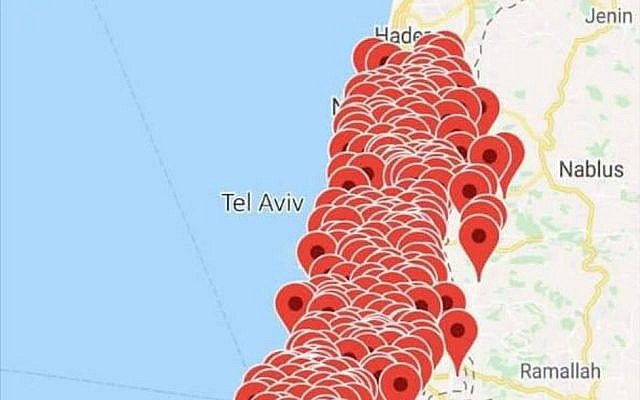 As I write this, we’ve had some 150 rockets fired from the Gaza strip at major Israeli population centers within the last half hour. While Iron Dome managed to intercept most of them, some will inevitably have reached their targets — Israeli civilians in their homes or on the streets. And, as in any democracy under such an attack, the Israeli government will use whatever force it deems necessary to stop the constant barrage on its citizens.

Judging from past conflicts, the international media will undoubtedly report on the IDF response without giving much space to what led up to it. Inevitably, photos of civilian casualties in Gaza will fill the internet, accompanied by pundits claiming that Israel responded “disproportionately.”

So let’s talk about the abuse and misuse of the term “proportionate response.”

What “proportionality” does not mean

“Proportionality” does not mean responding to an attack with force equivalent to the force of the attack. Rather, it means using only so much force as is necessary to thwart future attacks. (This is also known as the principle of minimum force.) It has nothing to do with the amount of damage caused by the attack to which one is responding.

Nor does proportionality apply only to responses to aggression; it can apply to preemption of realistically anticipated future acts of aggression as well.

What “proportionality” does mean

It’s crucial to understand that neither standard of proportionality represents a mathematical proportion that can be objectively calculated: the proportion here is a matter of how (or if!) politicians and military commanders do their thinking. Comparing casualty counts tells us essentially nothing about proportionality in armed conflict.

In practice, this means that if the military objective is to bring a stop to rocket fire from a particular location in Gaza, that should not be done by flattening the entire neighborhood. However, it does allow the destruction of the particular structure from which the launches are taking place, if that will put an end to the danger from that particular site — even at the cost of civilian casualties.

Of course, both principles — proportionality and distinction — become asymmetrically applicable in an asymmetric war. Terrorists not only make no attempt at distinction, but intentionally target civilians (this is the very definition of terrorism, after all). A state cannot and should not do the same, not only out of moral considerations, but also because overstepping those moral bounds ultimately corrodes a state’s values and integrity.

For examples, see Syria, Iraq, and the Palestinians themselves.