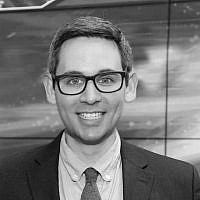 The Blogs
Jamie Evan Bichelman
Apply for a Blog
Advertisement
Please note that the posts on The Blogs are contributed by third parties. The opinions, facts and any media content in them are presented solely by the authors, and neither The Times of Israel nor its partners assume any responsibility for them. Please contact us in case of abuse. In case of abuse,
Report this post. 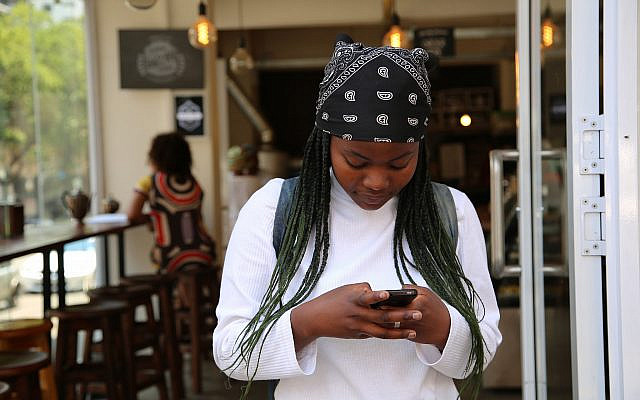 A woman checks her cellphone inside a cafe. Photo | Angelo Moleele via Unsplash

The notion that social media is toxic, designed to make us angry, incentivizes moral outrage, and is a hotbed for misinformation is neither novel nor, surprisingly, making us utilize it any less frequently (in fact, quite the opposite is true).

I recently performed a random test, creating a throw-away Twitter account (I’m most certainly not the only one) to gauge the social media temperature of a bombastic basketball player who doesn’t deserve to be named. Following that one search on one isolated occasion, I returned a few days later and Twitter’s trending posts curated for me were rife with antisemitic hashtags, misplaced moral outrage, and enough anxiety-inducing threats to last several lifetimes.

Twitter was, for all intents and purposes, catering to my anxieties and curating my very worst fears — all because of one single search so many days ago.

As even more days passed, I was shown hashtags and trending posts tangentially related to my initial one, once more rife with hatred, name-calling (to put it kindly), racial and religious targeting, and tweets so perfectly crafted to induce outrage in all who viewed them you’d think they were planned that way with no discernment for facts or consequences.

AP News perfectly encapsulated the dread I felt from the very first sentence of their latest “cesspool or civility?” Twitter news: “The discourse was never all that civil on Twitter. The loudest voices have often drowned out softer, more nuanced takes. After all, it’s much easier to rage-tweet at a perceived enemy than to seek common ground.”

What happened to listening to oppressed voices when they tell you they’re hurting? What about finding and forming allyship over shared persecution? And does performative activism on social media only encompass Pallywood-fueled trends and cease when Jewish lives are threatened?

What happened to nuance?

I was obviously being shown the very worst that Twitter — and by and large, all of social media — had to offer to keep me engaged. Angry, saddened, and demoralized, but engaged nonetheless.

The nuanced conversations, the non-Jewish allys, and the light that we Jews seek, as it turns out, was very carefully being hidden from me to keep me angrily, passionately engaged.

A happy, calm, reassured social media user with peace of mind is, at least in the eyes of those who tweak the algorithm, a less-engaged user.

The Jewish experience on social media necessitates the questions: how are you filling your time on social media, with what sources are you consuming your news, and with whom are you spending your precious energy engaging?

Are you reaching out to fellow Jewish users on LinkedIn, asking how they’re coping in their workplaces? Are you supporting Jewish influencers, many of whom are experiencing a dramatic uptick in hateful comments as of late?

Are you seeking out the non-Jewish mensches across all religions, nationalities, skin colors, backgrounds, and expressing support for one another, a quick reminder that: you are most certainly not alone?

Are you holding yourself accountable, as a Jewish person, to be so much more than a performative black square, and asking others: how best can I support you?

I had an enlightening conversation with an ally this week, during which the question was posed: are lives being improved at all when we say “love will bring us together”? When celebrities and those with prominent voices on social media say such things, it’s on you, me — all of us, collectively — to exemplify what that means and what that looks like.

About the Author
Jamie Bichelman has experience as an Applied Behavior Analyst with a straight-A graduate education at Harvard's Extension School and currently in New York University's graduate mental health counseling program. Jamie is a proud Jewish man and vegan and has been a lifelong disability rights advocate.
Related Topics
Related Posts