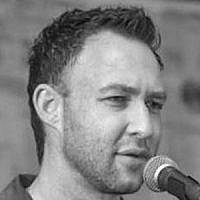 The Blogs
Rowan Polovin
National Chairman, South African Zionist Federation
Apply for a Blog
Please note that the posts on The Blogs are contributed by third parties. The opinions, facts and any media content in them are presented solely by the authors, and neither The Times of Israel nor its partners assume any responsibility for them. Please contact us in case of abuse. In case of abuse,
Report this post.

The University of Cape Town’s “Palestine Solidarity Forum” (PSF) is an anti-Israel student pressure group on campus, with direct connections to the anti-Semitic BDS movement. The PSF is running a nefarious campaign pushing for an official academic and cultural boycott of Israel at the University. The PSF’s demands predictably follow the guidelines of the “Palestinian Campaign for the Academic and Cultural Boycott of Israel (PACBI)”, an arm of BDS that publishes lengthy documents attempting to systematize anti-Israel policy at universities. These demands include the cessation and severing of all university connections to Israeli academia and academics (although always claiming not to target individuals), research projects, normalization projects, study tours and all cultural and intellectual exchanges.

The PACBI attempts to appropriate the language of academia and human rights in order to appeal to academics. However this grandiloquence fails to mask the striking parallels between its campaign and anti-Jewish policies at German universities from 1933 until the mid 40s, when Jews were victimized and banned from all academic life simply for being Jewish. The PSF is hoping that Israeli academic institutions and academics are victimized and banned from academic life in South Africa simply for being Israeli. Since Israel is the sole Jewish State, the inherent anti-Semitic nature of the campaign is patently obvious to anyone willing to see.

The overwhelming majority of universities around the world have rejected calls for academic boycotts of Israel on the basis of them being discriminatory, bigoted and counter to the ideals of academic freedom, the pursuit of knowledge and the freedom of ideas. One hopes that sanity prevails at UCT, which falls under South Africa’s world-class Constitution, its outstanding anti-discrimination laws and the excellent Higher Education Act which specifically promotes academic freedom and the advancement, not derailment, of academic values.

It is deeply worrying that UCT’s Academic Freedom Committee (AFC), a body currently tasked with making a recommendation to the University on whether or not to impose this boycott, contains individuals who have made anti-Zionist and in some cases blatantly anti-Semitic comments in the past, yet will not recuse themselves from the decision. It is also troubling that the AFC honoured Columbia University Professor Mahmood Mamdani, a well known BDS-supporting academic who actively promotes academic boycotts of Israel, to deliver the committee’s annual TB Davie Memorial Lecture on Academic Freedom at UCT in August.

The Cape Town Jewish Community and all South Africans who value academic freedom and the overwhelming benefits of working with, as opposed to against, Israeli academia, should pay close attention to this decision and its implications for the future of the University of Cape Town.