Whether you are just starting out or enjoying the fruits of a lifetime, a Continuous Power of Attorney – ייפוי כוח מתמשך protects you, your loved ones and your assets in the manner in which you have chosen. 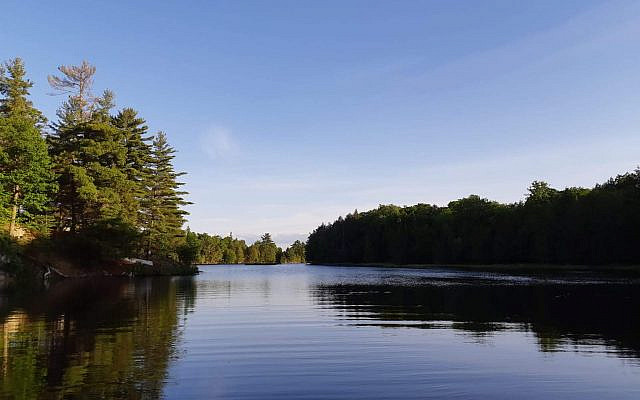 I am writing this article in these times of the coronavirus because I have been asked by people time and again what a continuing power of attorney is and if it is something that they should be preparing.

We all understand what a will is and why it is crucially important to prepare one. Yet recently, in the aftermath of Amendment 18 to the Law of Fitness for Legal Matters and Guardianship, the concept of a “Continuous Power of Attorney” (CPOA) has been making headlines as something to be added to the list of legal documents that every household should have.

A CPOA is a legal document that enables any person who is 18 or over to determine how and by way of who their future affairs will be managed in case they come down with a condition preventing them from managing their affairs on their own.

To illustrate this issue, let us imagine a couple named Abe and Sarah who are managing a successful family enterprise. Abe is the shareholder of the company and the sole operator. Their three children work for the business in various positions. Abe and Sarah drafted a family arrangement wherein they outlined the handling and divisions of family assets, including the business, after their time arrives. Sadly, at the age of 70, Abe was diagnosed with a cognitive disorder, signs of which manifested themselves in the course of operating his business. Until very recently, there was no legal mechanism in existence that would have enabled Abe to determine in advance how his business should be handled during this “twilight zone” – a time when he is being thrust into a state of mental incapacity.

This issue disturbs many of those seeking legal advice on the procedures for passing down general family assets to later generations and, in particular, for transferring family businesses. Even though we all hope that our last will should be the determining document to instruct our final affairs, it is possible that a person will be thrust into a condition of mental incapacity that can drag on for quite a few years before his/her demise.

Up until very recently, the only alternative available for somebody wanting to determine the manner of conducting his financial affairs, including his family enterprise, was to approach the court with a request to appoint a trustee. It is certain that such a tactic, for the most part, does not enable a person to be the master of his fate and destiny should he reach a stage of mental impairment.

In many westernized nations in the world, as well as Israel, the lawmakers internalized the need to modify the legal reality in this matter. Subsequently, the “Amendment to the Law of Fitness for Legal Matters and Guardianship” which enables drafting a CPOA, ( similar to a “Living Will”), went into effect. According to the amendment, a person can prepare a legal document wherein he/she appoints an individual who will have power of attorney, and in which he establishes a set of preliminary guidelines, both in respect to his medical issues and in respect to his financial issues. The document, which may only be prepared by authorized lawyers and which is to be submitted to the General Offices of Trusteeship, goes into effect at the pre-determined time chosen by the one who is granting the CPOA (appointer).

The pivotal advantage of the CPOA is that the person who is “appointing”
chooses of his volition, when he/she is in a stage where they fully
understand and are competent to make decisions and carry them out, who
will mange their affairs and what their lives should look like if and when
their condition deteriorates as a consequence of, for example an accident,
geriatric illness (such as dementia), or mental limitations, which are liable
to affect their soundness of judgement. The appointer can grant universal
POA which covers all his personal affairs including medical and financial
matters, or he could give a partial POA for some matter and not others.

The one who obtains the POA is obligated to proceed in accordance to the guidelines of the appointer. He must sign and affirm in writing before an attorney (as will be detailed later), or in front of a medical professional in the case of a medical POA, that he agrees to the content of the CPOA, including the preliminary guidelines that are included therein. In the event that it’s not possible to carry out certain instructions because of illegality, or serious detriment to the appointer, the trustee is prohibited from executing the instruction. In such an event, he should approach the court for instructions on how to proceed.

The drafting of a will and the drafting of a CPOA relate to two different time periods. One is during the lifetime of the individual and the other is after his/her life comes to an end. That said, both of these documents have a direct impact on the fabric of family relations from the time they are implicated, and this explains their great significance. The goals of the testator of a will or the appointer of a CPOA in drafting these documents “ahead of time”, is to forestall situations of uncertainty regarding everything related to managing their assets be it while they are still alive or after their demise. The presence of these prepared documents helps maintain harmony among family members. Conversely, their absence is likely to cause conflict among the heirs and it is superfluous to spell out the inherent hardships that come with this.

We can see from this that it is highly recommended for any sensible person who cares about the welfare of his family, and primarily at a time when the family patriarch is no longer with us and there are newer families, chapter 2 and even chapter 3, etc., to consult an attorney who is proficient in the law and to prepare in sync a last will and a CPOA at one go. The documents complement each other and bring about the common goal – the preservation of the unity of the family and the preservation of the interests of the appointer and testator and the family members at the same time.

What is the legality of the CPOA?

A CPOA receives official legal validity from the Justice Ministry and it maintains universal legal validity for all bodies including government authorities, banks and medical institutions. It is worth knowing that a standard POA (including assigning POA to one’s bank account), as well as a general notarized POA, automatically expires when the assignor is deemed to no longer be mentally sound. Conversely, the CPOA is meant to take effect precisely in such a case.

What is the difference between a CPOA and a will?

As opposed to a will, a CPOA operates during the lifetime of the appointer. At the moment of his death, the terms of the will go into effect.

Is it permitted to modify or cancel a CPOA in the future?

Yes. The one who assigns the CPOA can cancel it or modify it at any time.

At what stage of life is it recommended to prepare a will and a CPOA?

Due to life’s uncertainties, I would recommend for any person at the point where he or she is starting to build a family, whether or not it is in the traditional manner, and perhaps especially if it is not, to prepare a will and CPOA. In other words, about age 30 on average.

There is a sentiment among the public that a CPOA is only appropriate for those in the upper echelon of society. Is this true in your opinion?

Wills, as well as CPOA agreements are legal documents that are similar to a contract between the testator/appointer and the heirs or the trustee. These contracts are forged to preserve harmony and to uphold the wishes of the testator/appointer as they are being carried out. The value of the properties is not necessarily the crucial element but rather that the instructions of the testator/appointer are executed as he/she desires. Especially in the case of the CPOA which goes into effect while the appointer is still alive, it is essential to follow the wishes of the appointer as to how to manage his assets regardless if they are worth one penny or if they are worth many millions. The emphasis is on fulfilling the desires of the appointer just like heirs who must fulfill the wishes of the deceased. We see from this that the value of the assets is not relevant. To be sure, the more properties and assets there are, the more it is vital to make clear arrangements and instructions and, on this scale, to consult a professional advisor who knows how to direct the appointer or testator.

What types of CPOAs are available and how do they interact with a will?

With a CPOA, the appointer may give instructions for any and all matters that involve finances, health care, and personal issues. This means that the appointer empowers the trustee to act on his behalf in these areas by virtue of the preliminary instructions. The interaction with a will is self-explanatory. In particular cases, the execution of the CPOA brings about significant changes in the conditions of the assets of the testator. Say, for example, that a person prepared a will at the age of 60. Additionally, at the age of 80 he prepared a CPOA wherein he empowers one of his sons to treat the property as if it is his (that son’s). It can come about that the empowered son will do transactions with the money or properties with all of its ramifications despite the fact that these properties are earmarked to go to a different family member upon the death of the father. As such, it is likely to create a conflict between the will and the CPOA. This may also instigate a misuse of the CPOA on the part of the trustee due to the built-in conflict of interests that may arise. Therefore, it is extremely important to think out all of the angles and eventualities when drafting a CPOA including reviewing the appointer’s will and to make sure they are in sync.