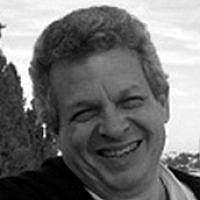 The Blogs
David Lasoff
Apply for a Blog
Advertisement
Please note that the posts on The Blogs are contributed by third parties. The opinions, facts and any media content in them are presented solely by the authors, and neither The Times of Israel nor its partners assume any responsibility for them. Please contact us in case of abuse. In case of abuse,
Report this post.

Since the demise of the Likud-Israel Beitenu alliance, FM Lieberman is posturing to run against Bibi in the next election. Bibi’s problem is a damned-if-he-does/doesn’t scenario. If his Protective Edge is too dull, he’ll get criticized for being too weak. If it’s too sharp, he’ll take the heat from the left and the world about being too brutal to the people of Gaza. It’s an unenviable position but this is his job.

To fend off Lieberman’s challenge with no doubt, a coalition of Jewish Home, the Shas and UTJ along with Likud defectors who read the writing on the wall, Bibi has to do the smart thing in this military campaign.

First of all, a ground incursion, though lamentable because it probably means Israeli casualties, has to happen. If his generals can pull this off, rout the weapons caches and not lose too many IDF soldiers in the process, the few deaths will be seen as heroic and justified. If not handled well, it will certainly contribute to the PM’s eventual undoing.

At the same time, the IDF must re-secure the Egyptian-Gaza border. We must permanently occupy this position and not allow tunnels to be rebuilt. Thus, the IDF can permanently cut off the re-supply of weapons and rockets.

Thirdly, the naval blockade has been successful and we will certainly have to maintain this ad infinitum. We must not heed international pressure to relinquish control of the entire Gaza coastline all the way to the Egyptian border. Though perhaps costly in other ways, maintaining maritime security is the surest solution to preventing the incursion of Iranian weaponry into the strip.

Lastly, the Gaza strip’s perimeter barrier must be made even stronger with sophisticated sonar and other listening devices installed in the ground to detect the digging of tunnels into Israel from the strip. If we beef this border up, we will stop terrorist incursions and reduce the likelihood of waking up to a new future of suicide attacks like the return of a bad nightmare.

Israel will, no doubt, be criticized for “imprisoning” the people of Gaza should we be as successful as I hope we are in defending Israel from the Hamas. This is too bad. Yet, much of our problem with vanquishing our enemies (we could but we don’t) in the past  and in the present is our fault.

We Israeli Jews suffer from a collective delusion that is very much a part of our national character. Too many of us wrongly believe that it is possible to explain ourselves to others so that they will understand us. We think we can convince others that we are only right to exercise our existential right to survive in a world that hates and despises us no matter what we do or don’t do. We are sadly mistaken. The world truly believes in its double standard: self-determination for everyone else and to hell with the Jews. Well, will Bibi show them that they are wrong?

If Bibi is successful in more or less disarming the Hamas and destroying its arsenal, he will go down in history as a successful PM and be remembered for what he did to make Israel safer. In fact, it’s a fairly sure bet that he’ll get re-elected yet again.

If Bibi fails, say hello to Prime Minister Lieberman or perhaps even more disturbing, his name might end up being Herzog.

About the Author
David Lasoff is an American Jew from Southern California. He made aliyah in May 2012 and is now the director of the department of Applied English Linguistics for the University of the Holy Land in Jerusalem. He teaches academic writing and supervises the school's English language learning programs.
Comments