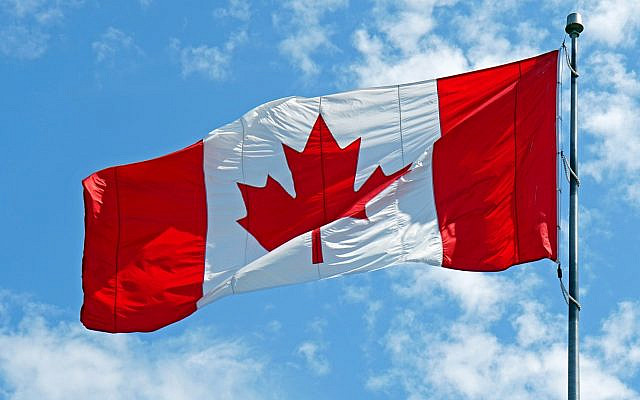 Flag of Canada (credit: Proud to be Canadian and FREE/Wikimedia).

After the latest discovery of a mass grave at the site of what used to be a residential school, there has been calls to cancel Canada Day this year. I do not agree.

Since I immigrated from Lebanon to Canada in 1984, I have been proud of my new country, and my pride has only grown as Canada continues to evolve as a progressive liberal democracy. As Canada Day is approaching, far from making me ashamed to be Canadian, the reaction of governments across the country to the discovery of mass graves has only made me prouder.

Prime Minister Justin Trudeau said that, “Canadians today are horrified and ashamed of how our country behaved, about a policy that ripped kids from their homes, from their communities, from their culture and their language, and forced assimilation upon them”. Leader of the Opposition, Erin O’Toole, called the discovery “very troubling” and “dreadful”, and evidence of “grave injustices”. Governments across the country, including the federal government, the Ontario government, and the Alberta government have pledged funds to support the search for more graves.

Clearly, Canada is not trying to avoid responsibility. We recognize that serious mistakes were made in the past, and we try to do what is necessary to heal the wounds. We should be proud of that. It contrasts sharply with a country like Turkey that still denies the Armenian genocide that it perpetrated over 100 years ago.

No individual is perfect, and no nation is perfect. We can aim for perfection, but we can never achieve it. We should be judged not by whether we are perfect, but by whether we tried and whether we made improvements. By that standard, Canada rates very highly.

We have not eradicated racism. No country has. But we are one of the least racist countries of the world, and we are still trying to improve. In March of this year, Trudeau reaffirmed “our commitment to end racism and racial discrimination in all its forms, and we reflect on the work left to do to build a fairer and more equitable country”.

We have not eliminated homophobia, but we are doing comparatively very well. Canada was the fourth country in the world to legalize same-sex marriage, and we are still among only 29 countries to have done so. At the other end of the spectrum, there are still 71 countries where being gay is illegal.

We still have some inequality between genders, but we have made huge progress in the last few decades. In 2015, Canada’s federal government had for the first time parity between male and female ministers. In 2021, Canada was ranked the fourth best country in the world for women, one rank higher than in 2020.

We still have antisemitism, which was particularly visible during the recent war between Gaza and Israel, after rocket attacks from Gaza forced Israel to defend itself. That is certainly nothing to be proud of, but we can be proud of the fact that our leaders speak up against it. Trudeau wrote, “I am deeply disturbed by recent reports of antisemitic acts in Montreal and across the country. This intimidation and violence is absolutely unacceptable – and it must stop immediately. There is no place for hate of any kind in Canada.”

We also still have bigotry towards Muslims, which manifested itself violently in 2017 in Quebec City and again in London, Ontario this month, but we can be proud of the fact that our governments condemned the attacks and offered their support to the Muslim community. Ontario Premier Doug Ford called the London attack an “act of terrorism”, and he declared, “This type of racism and terrorism cannot and will not be tolerated. We must stand united against it.”.

In April 2021, U.S. News ranked Canada the best country in the world, including best quality of life and best social purpose. The “best social purpose” ranking is one that we should be particularly proud of since it identifies countries that “come together to support certain causes they feel strongly about: human rights, the environment and religious freedom, to name a few. Support for these causes can create a sense of cultural cohesion within countries, and help their people identify as having a shared sense of purpose”.

Although we are not perfect, we try very hard to be the best country that we can be, a country that tries to offer equal opportunities to all, regardless of race, religion, gender, and sexual orientation. We cannot change the past, but we can make the present better and we can build an even better future.

According a Leger poll, 86 per cent of Canadians want to celebrate Canada Day despite the calls to cancel it. They are right. Canada has a lot to be proud of, and we should celebrate it on Canada Day and every day.