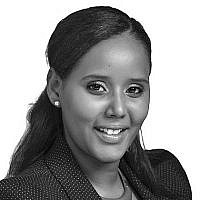 The Blogs
Pnina Tamano-Shata
Apply for a Blog
Advertisement
Please note that the posts on The Blogs are contributed by third parties. The opinions, facts and any media content in them are presented solely by the authors, and neither The Times of Israel nor its partners assume any responsibility for them. Please contact us in case of abuse. In case of abuse,
Report this post. 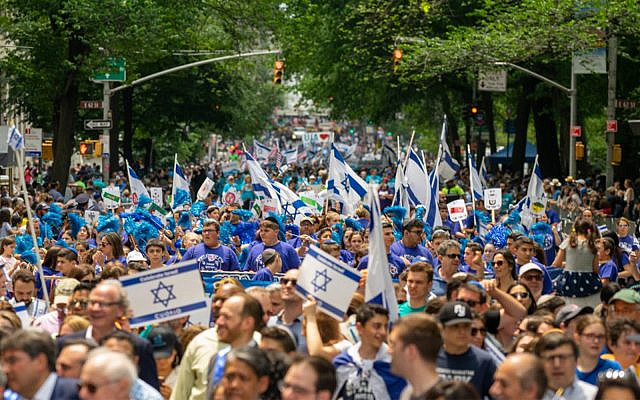 One day a year, New York wears blue and white. The “Celebrate Israel” parade is a tremendous show of support, and one of the most impressive events in the city-that-never-sleeps. The Jewish Community Relations Council of New York (JCRC-NY), which organizes the event, is a tremendous supporter of Israel, and, together, we are excited about the return of the parade after a three-year hiatus, due to the coronavirus.

As minister of aliyah and integration, I will, for the first time, have the privilege and honor of marching up Manhattan’s Fifth Avenue with thousands of Israel-loving Americans — members of the Jewish community in New York and elsewhere in the United States — as well as many Israelis.

As someone who has personally experienced aliyah, albeit at a very young age, I can say that the experience has remained in my soul and shaped my identity throughout my lifetime. I immigrated to Israel in 1984, when I was 3 years old. My family and the Beta Israel Jewish community of Ethiopia were redeemed from the bonds of exile. We returned to our homeland and to the Jerusalem we always dreamed of. We were part of the first big wave of emigrants from Ethiopia, and went straight to the absorption centers.

From the first moment, I felt 100 percent Israeli, and for me to be minister of aliyah and integration now represents significant closure. I feel a powerful sense of mission; it is my job to make sure that every immigrant feels at home and is integrated into the State of Israel in the best way possible.

On Sunday, I will proudly march as a cabinet minister who represents our unity as a people, embodying the visions of the prophets, the realization of the dream of aliyah, and the joy in our eternal capital, which we will celebrate on Jerusalem Day exactly one week later. Many eyes are on Israel and many hearts carry a prayer for the peace of the city that has been reunited, the love for which beats in the hearts of millions of Jews and non-Jews the world over.

In my capacity as one who works to facilitate successful aliyah, I will march in New York, and represent the immigrants who have built Israel since its rebirth — Jews from across the globe, including from the US, as well as Ukraine, Ethiopia, France, and really the four corners of the earth. It is aliyah that strengthens Israel’s national resilience, and that helps the country to develop nationally, economically and socially.

Today, in 2022, we continue to realize, in a very concrete way, the dream of thousands of years. Israel is the safe harbor of the Jewish people, in good times, as well as in times of emergency. The country is currently absorbing the 20,000 immigrants who fled Ukraine and came home to Israel. I am proud to fly the Israeli flag and to say that since Jerusalem Day 2021, more than 44,000 olim have settled throughout the country, many of them in Jerusalem.

It is precisely in these difficult days that the parade is more important than ever. With Israel being challenged by a spike in terrorism that requires the security forces to be on high alert, the people dwelling in Zion need to know that support for the Jewish state extends far beyond its borders.

Together, we will show the power of Israel’s strong and diverse society, and raise the flag of unity and deep alliance between Israel and the United States, the shared values, and the uncompromising struggle against antisemitism.

Together, we will proudly demonstrate the great privilege our people have, after all the obstacles, to again be sovereign in Jerusalem, and to fulfill the vision of our forefathers and the yearning for Zion that is the foundation of our existence, every single day.

You can join the parade for a livestream via the Celebrate Israel Parade website.

About the Author
Pnina Tamano-Shata is Israel's Minister of Immigration and Absorption, as of May 2020. She is Israel’s first-ever Ethiopian-born cabinet minister.
Related Topics
Related Posts
Comments