On March 11, the US Senate Foreign Relations Committee convened a hearing on the situation in the Syrian province of Idlib, the current focus of a war that is now in its ninth year.

Again, there are the usual pleas for the US to step up military support for Turkish President Recep Tayyip Erdogan and Turkey-backed jihadists in Idlib governorate – an al-Qaeda stronghold – touting that Turkey is a NATO ally and the West should support its occupation of Idlib. 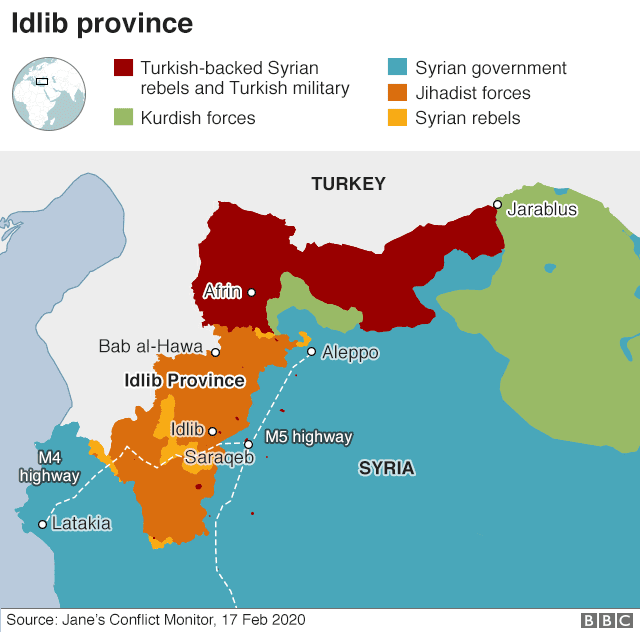 Perhaps, this time it may be prudent for US Congress to bring in political scientists to testify at the hearing, rather than the usual Washington pundits, activists, and lobbyists with vested interest in prolonging the conflict, for a more realistic assessment of the consequences of increasing US military intervention.

According to political scientists, civil conflicts are prolonged when foreign powers intervene. A study conducted in 2008 by James Fearon and David Laitin from Stanford University affirms that civil wars tend to be significantly longer when foreign countries intervene decisively on one side. This applies to Syria: the Syrian government is supported by Iran, Hezbollah and Russia, whereas the Syrian armed opposition is supported by the US, some NATO members, Israel, Qatar and Saudi Arabia.

Nicholas Sambanis (University of Pennsylvania), Stergios Skaperdas (University of California, Irvine) and William Wohlforth (Dartmouth College), the authors of a working paper published in 2017, further argue that if one side’s patrons increase material support for its proxy, there is a risk of escalation by the other side’s patrons.  In other words, if actor A=the Syrian government and A* is its sponsor (Iran, Hezbollah, Russia) while actor B=the rebel opposition and B* is its sponsor (the US, the UK, France, Turkey, Israel, Saudi Arabia and Qatar), then any escalation by B* may risk escalation by A* to prolong the conflict.

For example, with the April 2017 US airstrikes and the April 2018 US/UK/French tripartite airstrikes targeted directly on the Syrian government on behalf of the opposition, Washington may be signalling an escalation of resource commitments to topple the Assad regime.  This is complemented with further Israeli airstrikes on Syrian military assets. US, British, French and Israeli military actions thus risk paving the way for other direct military attacks on the Syrian government by sponsors of the opposition (Arab states in the Gulf Cooperation Council [GCC] and additional NATO members).

Now, US and NATO are considering military escalation in support of Turkey’s campaign in Syria.

In this case, the balance shifts in favour of the rebel opposition so that A+A* < B+B*.

However, it would probably provoke A* to escalate and rebalance so that A+A*≥ B+B*.

A* would now include Iran, Hezbollah and Russia plus China and other Eurasian states in CSTO/SCO, (Collective Security Treaty Organization/Shanghai Cooperation Organization) whereas B* might now include the US/NATO, Israel and GCC states.

As such, this scenario risks escalating the Syrian conflict into a regional and international war between the great nuclear powers (the US, Russia and China), with Al-Qaeda, ISIS and their patrons benefitting from the additional chaos. Indeed, back in 2017 a report by IHS Markit warned that “The Syrian government is essentially the anvil to the U.S.- led coalition’s hammer” against ISIS, and its downfall would empower ISIS to the detriment of the international community.

Such a conflict would inevitably spill over into Israel as Iran, Russia and China are provoked into increasing military support of the Syrian army, drawing in other states in the SCO with concerns about Salafi jihadists from their region setting up a safe haven in Syria. Thousands of Central Asian militants, based mainly in Idlib and East Aleppo (before being ejected by the Syrian army in 2017), have been training and fighting alongside US/Western-backed groups to try to overthrow the Syrian government.

As an Israeli intelligence report documented, there are thousands of Chinese Uyghurs fighting in the ranks of al-Qaeda affiliates in Syria, namely TIP based in Idlib. The August 30, 2016 bombing of the Chinese embassy in Krgyzstan, planned by TIP in Syria and financed by Al Nusra, signals increasing threats to Chinese citizens and interests overseas if Syria becomes a terrorist safe haven.

Because of “inter-mingling” with so called “moderate” jihadists, TIP and al Qaeda in Syria enjoy US and its allies’ protection even though they are designated as terrorist organizations. The have procured advanced Western weapons such as US-supplied anti-tank TOW missiles, Grad missiles, and likely anti-aircraft MANPADS, and drones that they used to record their suicide campaigns against the Syrian army.

These Western weapons enhance their war fighting capabilities to launch future attacks on China and Chinese interests, so Beijing will likely step up its military support to the Syrian army to counter this threat.

The abandoned Kurds in northern Syria and the Syrian Democratic Forces (SDF) are equally concerned that US/NATO supplied intelligence and weapons to Turkey will be used to kill them, and may join forces in A* to counter Turkey-backed jihadists in B and their sponsors in B*.

Based on the external intervention model, and prospect of a military escalation that would be bloodier, more violent, involve even more great powers, yet likely still end in stalemate, one ponders if an alternative path is needed.