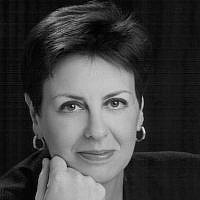 The Blogs
Carol Goodman Kaufman
Carol Goodman Kaufman chairs Hadassah's Youth Aliyah B'nai Mitzvah program
Apply for a Blog
Please note that the posts on The Blogs are contributed by third parties. The opinions, facts and any media content in them are presented solely by the authors, and neither The Times of Israel nor its partners assume any responsibility for them. Please contact us in case of abuse. In case of abuse,
Report this post. 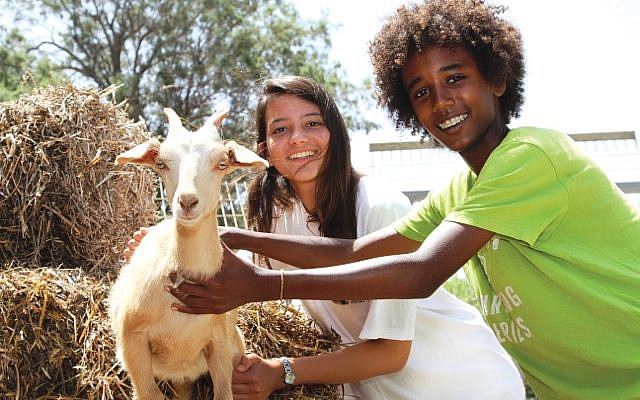 Youth Aliyah students in the animal therapy program. All photos courtesy of Hadassah, the Women's Zionist Organization of America

The saying goes that the hero feels fear but acts anyway. I’ve been thinking about that a lot as we prepare for Purim. We at Hadassah love this holiday. After all, our organization was not only founded on Purim back in 1912, but it was given Queen Esther’s Hebrew name. There were good reasons for the choice, and they have a lot to do with heroism in the face of danger.

The young Queen Esther must certainly have felt fear when her uncle, Mordechai, urged her to approach King Ahashveros to plead for the lives of her people, our people. She knew that entering the throne room unbidden could bring her own execution.

But she conquered that fear, risked her life, and saved the Jews of Persia.

Almost two-and-a-half millennia later, when the Jewish Agency asked Henrietta Szold to travel to Nazi Germany to rescue Jewish children, what must she have felt?  After all, she was 74 years old. How could she begin to undertake this task, especially when facing a horrifically anti-Semitic regime?

But she, too, conquered her fear, risked her life, and saved children whose fate lay in Hitler’s ovens. She brought them to our Youth Aliyah villages to begin life anew and form the foundation of the soon-to-be-reborn State of Israel.

And what about the children who come to Hadassah’s youth villages today? Those from Ethiopia face not only a new country with a new language and different customs. They enter a new century, coming from mud and straw huts in rural Africa to 21st-century Start-Up Nation Israel. The change must be overwhelming, but they and their families have taken a courageous step in coming to Israel for a Jewish life without fear of repression and violence.

And the teens from the Former Soviet Union? They come to Israel, to a new country with a new language, and a religion and history they know nothing about. And they come alone.

Despite a fear of the unknown, these young Jews conquer their fear and come anyway. And they help to build the foundation of Israel’s future.

Purim is indeed a holiday for heroes. 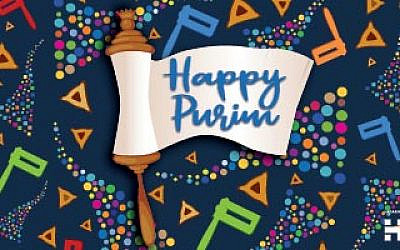 Card courtesy of Hadassah, the Women’s Zionist Organization of America
About the Author
After earning a Ph.D. in psychology, Carol Goodman Kaufman pursued post-doctoral work in criminology, during which time she wrote the book Sins of Omission: The Jewish Community's Reaction to Domestic Violence. A few years ago, she changed direction and began conducting research on food history, and now pens regular columns for both Jewish press and the Worcester Telegram & Gazette as well as freelance articles for regional and national publications. Her volunteer life spans four decades, and includes leadership positions with local, regional, and national organizations.
Related Topics
Related Posts
Comments