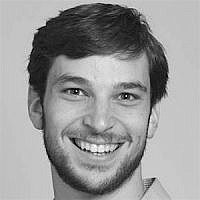 The Blogs
Aryeh Jacobowitz
Apply for a Blog
Please note that the posts on The Blogs are contributed by third parties. The opinions, facts and any media content in them are presented solely by the authors, and neither The Times of Israel nor its partners assume any responsibility for them. Please contact us in case of abuse. In case of abuse,
Report this post.

Five years ago today, I joined the IDF.

A long time has passed… A lot of memories, some better some worse… Three years of building myself, and being connected to a huge ideal, protecting Am Israel, there is really nothing better or more noble a Jew can do. Every day when I would wake up and put on my green uniform, I knew I was connected to something bigger than me, to something great. These three years were mostly filled with never ending learning. Learning about myself, my country and my nation.

One lesson from these three years of my life stands out most.

A few weeks ago there were some reports that there are 15 new terror tunnels from Gaza in to Israel. The rockets are being fired again. There are whispers of another imminent round with Hamas. I read these headlines, and am saddened. I think of all the brave young men and women we lost in the last few years. I think of my good friends who were killed in that summer in Gaza 2014. Where we fought, sweat and blood, to protect the innocent people of Israel from the evil terrorist regime. Was it all a waste? Was it all in vain? They’re back wanting more, so what was the point if it all?

The question rings on in to the night unanswered. It is hard to know the great scheme of things. It is hard to see G-d pulling strings from behind the scene as we see in Megilat Ester we just read on Purim.

But one thing is for sure. Those who have mercy on the cruel will end up being cruel to the merciful and innocent as the Rambam says.

We went in to Gaza and did not finish our work there. We succumbed to international pressure, to pressure from the US, UN and anyone who felt like commenting.

When we were there, my soldiers and I were tired. We wanted to go home, take showers and frankly just get some sleep. But we couldn’t, we had to keep on the fight against evil, we had no choice, it was the right thing to do. As much as we all wanted a forced truce, just a cease fire and some quiet even at the price of not completely destroying evil, we knew it wasn’t the right thing, it was immoral. We had to toughen up and finish what we started otherwise it will all be in vain.

Today we see we did not finish what we started, and we are now eating the fresh fruits of another round against the anti-Israel organization. Has not enough blood been spilled?

In the Haftara we just read for Parshat Zachor, King Saul has mercy on the King or Amalek Agag. They destroyed Amalek in the battle, but they had a little bit too much mercy. This seems like a good thing, humanitarian, the whole international community was probably praising the moral army of the Israeli nation. But Samuel teaches us otherwise. It is a serious transgression on Saul’s part, and he is punished to lose his kingship. Samuel himself, the holy man, the prophet, a man of morality truth and justice, picks up the sword and kills Agag the king of Amalek, the king of Evil, but he is one moment too late.

This is a lesson to all generations to come. Destroy evil. Do not give it any room, for when there is a little room, Haman, the descendant of Amalek, grows and comes back to haunt us. Every generation there will be another Haman. He takes different shapes and forms. Our duty is to destroy this ever-changing enemy, this face of evil in the world. Sometimes the right thing to do is also the hardest. No mercy. For when we have mercy on the wicked it is the innocent who suffer.

About the Author
Aryeh is 24 years old, married and currently a shaliach (emissary) of the Jewish Agency in the united states of America. He served for three years as a warrior and commander in the IDF, and led troops into Gaza in operation protective edge. He studied in Yeshiva in "Eli" for three years learning Torah, Judaism and philosophy.
Comments