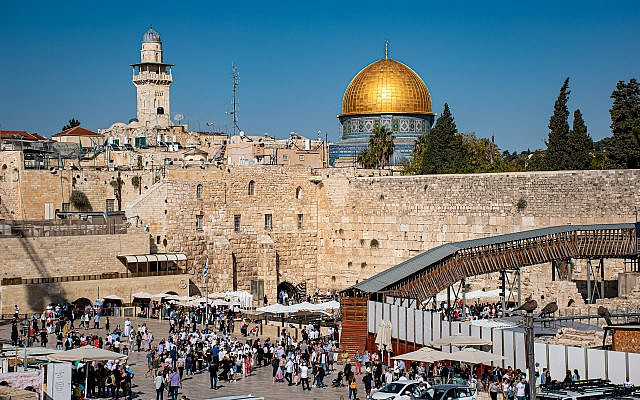 The Kotel in Jerusalem (Pixabay)

What are we doing? In varying contexts, this question has different implications. When reflecting on the story of Purim and our triumph over the genocidal decree against us, this question gains significant meaning. This idea was first heard from Rabbi David Aaron, and it leaves us with a profound message.

In the midst of the Purim story, Mordechai learns of Haman’s decree to exterminate the Jewish People on the 13th of Adar, and he sobs and mourns. When Esther hears of this while in the palace, she and Mordechai begin to communicate regarding their next steps. Mordechai proposes that Esther appeal to King Achashverosh to reverse this decree, but Esther is reluctant, fearing she will be killed approaching him without an invitation.

Mordechai’s response recourses the whole story. The Megillah says, “Mordecai had this message delivered to Esther: “Do not imagine that you, of all the Jews, will escape with your life by being in the king’s palace. On the contrary, if you keep silent in this crisis, relief and deliverance will come to the Jews from another place, while you and your father’s house will perish. And who knows, perhaps you have attained to royal position for just such a crisis” (Esther 4:13-14).

There are two critical points of what Mordechai said. Regarding the first one, the Ralbag clarifies that Mordechai was saying if Esther would forgo her opportunity to reverse Haman’s decree and save the Jewish People, then we will be saved through some other means.

On the latter part, the Ibn Ezra writes that Mordechai was saying no one can definitively know why Esther became queen, but perhaps it was so she could be our heroine. These commentaries are not much different than the literal translation, but it is nonetheless important to understand what Mordechai was telling Esther.

From Mordechai’s response to Esther, Rav Aaron highlights the paradox in Judaism between free choice and determinism. Hashem enshrined us with the gift of control over our choice, but at the same time, Hashem has His divine plan that is going to happen. Rav Aaron asks: How can we have free choice, but Hashem knows what will come about?

The answer, Rav Aaron explains, is beyond the either-or, beyond the logical capabilities of our mind: a paradox. Life is meant to be lived, not to be understood.

In the Purim story, the Jewish People were going to be saved– there was no doubt about that. There was a question, however, if Esther would be the one to bring about Hashem’s will, to save the Jewish People from Haman’s plan of destruction. Esther needed to make a choice as to whether she would be a player or a bystander in the Jewish story, and as we all know, she chose the former.

The message laced within Megillat Esther can strongly translate into our own lives. Returning to the original question, we can contextualize it in Purim: What are we doing for the Jewish story? Do we want to viewers on the sidelines, watching Hashem’s plan unravel and our ultimate redemption unfold? Or, do we want to be the ones who bring change? We can all be players in the Jewish story; it’s our choice to make.