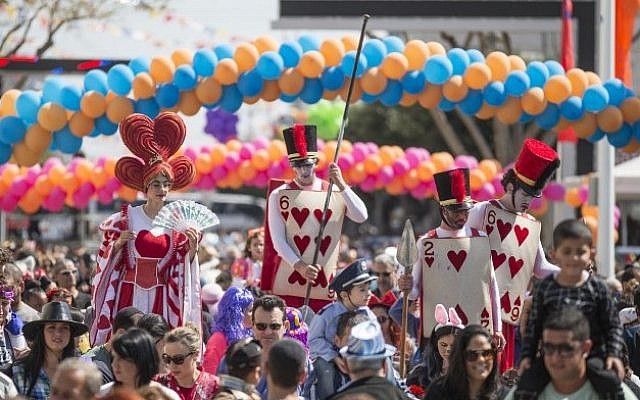 Illustrative. Dressed-up Israelis take part in a parade during the festivities of the Jewish Purim festival on March 5, 2015, in the central Israeli city of Netanya. (photo credit: AFP PHOTO/Jack Guez/File)

It’s not the permission for the drunkenness (after all, I never hated St. Patrick’s day — green beer! — all those years I lived in New York). No, it’s the permission some people feel from Purim to make fun of the pain and identity of others.

Some people on my Facebook Feed have been posting a very wise announcement that the city of Tel Aviv put out before Purim of 1920. It strongly urged Jews not to costume themselves in the national or religious garb of their Muslim and Christian neighbors so as not to hurt their feelings. Common sense, I would think.

Yeah, Purim should not be seen as permission to hurt the feelings of others. And appropriating the garb and symbols about what others hold dear will inevitably hurt feelings. So just don’t do it.

And I don’t just mean the things that should be perfectly obvious — like wearing blackface. But I’m also calling out to the Orthodox man who recently posted on Facebook  asking where he could find a pink pussy hat  —  “(the kind feminists would wear for the women’s march)” — to wear on Purim. Maybe you don’t like feminism. Okay, you’re allowed. You can talk to people about why you don’t, you can vote for politicians who are anti-feminist. But don’t appropriate the beloved symbols of feminists. Just don’t do it. 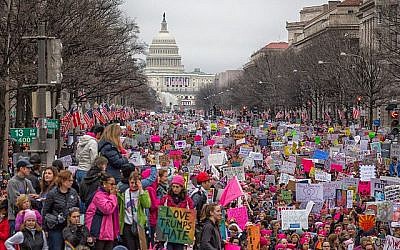 Because it’s not just a hat. It’s an expression of the deep pain many American women (and men like me) felt after the election of Donald Trump. You don’t have to agree with us that Trump’s election was a disaster for women’s — for human — rights. But don’t make fun of our pain.

Purim — and our popular culture — are rich in images that you can play with on Purim without making light of another’s pain. Follow my daughter’s example and dress up as Minnie Mouse. I’m sure your friends will think that’s hilarious. Have some fun with it.

It’s about showing basic human respect for others. It’s really our only hope for peace — both among Jews and between Jews and others. So help me, people. Help me learn to love Purim by making it a policy of love and peace. Wouldn’t Esther want you to?