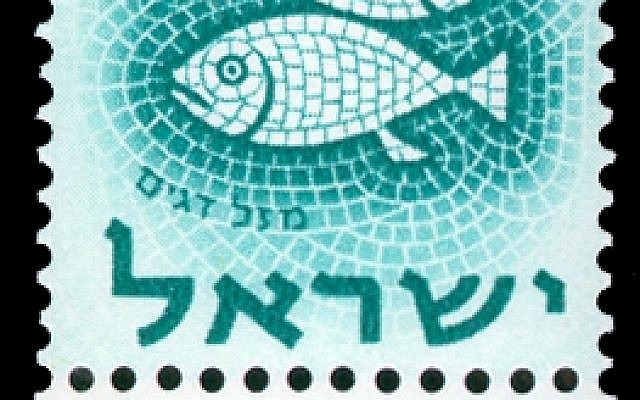 This week ushers in the month of Adar in all its glory. Like all the months of the Jewish calendar, the name Adar is derived from the Babylonian calendar — its original name was Addaru. Based on the interchangeability of the Aramaic ALEPH with the Hebrew HEY, the name Adar seems to be correlated to the Hebrew word hadar. In this essay, we will explore the difference between the word hadar (“glory”) and its twin sister hod (“splendor”). In doing so we will also discover the connection alluded to by Kabbalists between the month of Adar and the tribe of Yosef.

An anonymous work entitled Sefer HaKushyot (from the 13th century school of Chassidei Ashkenaz) explains that Adar is called so because during that month the hadar of the trees manifests itself (because Adar heralds the coming of spring), or because that was the month in which the glory of the Jewish People — Moshe Rabbeinu — was born. What does hadar mean? Rabbi Shlomo of Urbino (a 16th century Italian scholar) in his work Ohel Moed (a lexicon of Hebrew synonyms) writes that hadar and adar are two of ten synonymous words that refer to the concept of beauty: yofi, hod, hadar, adar, na’eh (naaveh), ziv, ziz, tzvi, shefer (shapir), and tov. (Interestingly, Ziv — which literally means “radiance” — is the original name of the month of Iyar, which, like Adar, is partially in the spring.)

The Vilna Gaon explains the difference between hod and hadar by way of an analogy to astronomy. He explains that hod denotes self-beauty, just as the sun’s light express the essence of the sun. Hadar, on the other hand, denotes reflected beauty, just as the moon’s light is not inherent to the moon, but only appears to come from the moon. The true source of moonlight is the sun. Rabbi Moshe Shapiro (1935-2017) adds that in Aramaic the word hadar means to “return back”, which is an apt description of the moon, which reflects sunlight. The moon takes what it receives from the sun and reflects back the same light. Rabbi Yaakov Tzvi Mecklenburg (1785-1865) cites Rabbi Shmuel Dovid Luzzatto (1800-1865) who wrote that the word hadar (“glory” or “honor”) is related to the Aramaic word for “going backwards” because he who beholds something in its full glory is taken aback by its grandeur and reflexively recoils in awe.

The Vilna Gaon further explains that the term hadrat panim is the beauty of one’s facial ambiance and is visible to the naked eye. The term hod, on the other hand, refers to a person’s inner good (i.e. morality), which is reflected in one’s facial ambiance. Moshe Rabbeinu attained a spiritual level known as karnei hod (“rays of glory”) in which his inner goodness shone through in a very physical way (see Rashi to Ex. 34:34). As we will see below, Yehoshua remained with only hadar.

The Malbim explains that hadar refers to outward beauty. An etrog (citron) tree is called an eitz hadar (“beautiful tree”) because its fruits are outwardly beautiful. The word hod, on the other hand, refers to the concept of inner beauty. A person to whom the adjective hod is applied is somebody whose beauty lies in his character traits. He is humble, merciful, just, etc. Hod cannot be seen with the eye. It can only be beheld by the intellect. When Gd tells Moshe that his successor will be Yehoshua, He commands Moshe, “Give from your hod to him” (Num. 27:20). This does not refer to the exchange of any physical gift that Moshe possessed and should pass on to his protégé. Rather, it refers to the unseeable spiritual beauty which Moshe had, that he was to somehow transmit to his student. Rabbi Simcha Maimon explains that this is the meaning of the Talmudic adage “The face of Moshe is like the sun, and the face of Yehoshua is like the moon” (Bava Batra 75a): Yehoshua received his inner hod from Moshe in the same way that the moon receives its hod from the sun.

Hod makes up the root of the word hodaah (“admission” or “thanksgiving”). This is because the concept of hodaah is that one recognizes what he knows deep down to be true, and allows it to come to the forefront by verbally expressing it. In this again, we see that hod refers to that which lies underneath the surface.

The Midrash Sifrei (to Deut. 33:17) understands that the term hod refers specifically to the quality of kingship, possibly because a king assumes inherent powers. When Moshe prophetically blessed the Tribe of Yosef on his deathbed he said, “Like a firstborn ox, hadar is to him.” (Deut. 33:17). This means that the first leader of the post-Mosaic period will come from the Tribe of Yosef. Indeed, Yehoshua — Moshe’s successor — was a descendant of Yosef’s son Ephraim. In this passage, Moshe does not use the word hod,which implies the glory attached to the full sovereignty of kingship. Rather, he used the word hadar, which implies only the outer trappings of kingship, but not the full monty. For this reason, Moshe is called a king (Zevachim102a), while Yehoshua — as important a leader as he was — is never explicitly called a king.

The Moshe-Yehoshua paradigm itself mirrors the Yaakov-Yosef model. Yaakov’s entire lifestory foreshadowed all the future events of Yosef’s life. In fact, Yosef is the quintessential descendant of Yaakov (see Genesis 37:2) and even looked exactly like him (see Rashi)! Yet, Yaakov is one of the three forefathers, while Yosef is merely a reflection of that potential. Yosef was hadar, but not hod. For this reason, the month of Adar is associated with the Tribe of Yosef, because in that month Moshe died and his successor Yehoshua took up the reins.

The Bible (I Chron. 29:25) tells that when King Solomon ascended the throne, G-dgranted him Hod Malchut (“royal glory). However, when Daniel (Dan. 11:20) describes the glory of the future Hasmonean Kingdom, he uses a similar, but different, phrase: Hadar Malchut (“royal glory”). Why does the Bible use the word hadar when describing the Hasmonean Kingdom, and not the word hod like Solomon’s Kingdom? Based on the above, Rabbi Simcha Maimon explains that the term Hod Malchut refers to somebody to whom the kingship inherently belongs, so it is applied to King Solomon, an integral link in the chain of the Davidic Dynasty. The Hasmoneans, on other hand, did not inherently deserve the kingship. On the contrary, they were not of royal stock, but of priestly descent. Therefore, the Hasmoneans were not in essence kings; they only appeared to be kings on the outside. For this reason, Hasmonean kingship is described as Hadar Malchut, the word hadar representing something which is only true in practice, but not in essence.

The Bible in many places speaks of G-d possessing hod and hadar. Based on our definitions the Malbim explains that His hadar is manifest in the way He interacts with creation and reveals Himself in the world. However, G-d’s hod is something hidden which we cannot begin to understand because it speaks to something deeper than our ability to perceive. As Rabbi Samson Raphael Hirsch (1808-1888) puts it, G-d’s hadar is His role in the world, while His hod is His essence.

What is fascinating about this is that the Bible in several places (e.g., Psalms 104:1, Job 40:10, Proverbs 31:25) speaks of G-d as “wearing” hod and/or hadar. Similarly, the Midrash says that when the Jews were exiled from the Holy Land to Babylonia, they wore their clothes until they reached Adullam, whereupon the gentiles of that city came out and stripped the Jews of their clothing, leaving them naked and embarrassed. The Midrash finds a Scriptural allusion to this in the verse, “Gone from the Daughter of Zion is all her hadar” (Lamentations 1:6). The word hadar, in this context, is understood to mean “clothing”. These sources tell us that there is a fundamental connection between glory/honor and clothing, but for that, you will have to read this article.

Rabbi Reuven Chaim Klein is the author of God versus Gods: Judaism in the Age of Idolatry (Mosaica Press, 2018). He is a member of the RCA, an alumnus of Ohr LaGolah, and a fellow at the 2015 Tikvah Institute for Yeshiva Men. He lives with his wife and children in Beitar Illit, Israel.