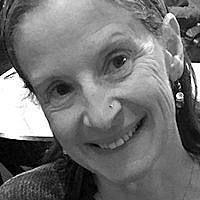 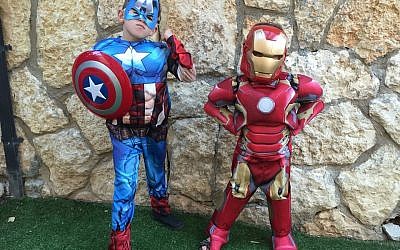 Until today I took that song at face value.  Of course it’s a great big festival for kids. It’s noisy, full of candies, dressing up and out of control-ness. How could it notbe a big celebration for kids?

But today in shul as we read parshat Vayikra and I began reviewing some Torahs on Purim, I had second thoughts.  There’s all that chatter about the small aleph at the end of the word Vayikra.  Hundreds – if not thousands – of ideas abound. But the one that struck me was quite pertinent, especially this year when it falls in Adar Sheni the Shabbat before Purim.  There is a tradition that the very first day a Jewish child starts his learning in a formal setting he is given hard cookie Aleph Bet letters to partake in the “sweetness” of Yadahut.  The teacher then reads and explains the first verses of Vayikra to him since the laws of korbanot are about taharah and so we should let those who are tahor come and learn them.

I would like to suggest something different. We get to Sefer Vayikra and truthfully it’s all a bit confusing – and perhaps dare I say it – disappointing for us adults.  We like Bereishit and Shemot with its dramatic stories of Akeidat Yitzchak, Yetziyat Mitzrayim and Shirat Hayam to name but a few. But come Vayikra and all the korbanot, well, really, try find meaning and excitement in that. It’s hard. Or, it’s at least more of a challenge.

Not so for children.  Children understand so much better what korbanotare.  They know and are not afraid to get closer to others, to try to make peace, to put the issues behind them and to move forward in love.  They’re not damaged by difficult relationships so even if Reuven had a fight with Shlomi on Shabbat parshat Vayikra, four days later by Purim he’ll be running to give him a mishloach manot, putting all the difficulties aside and really enacting a korban, an approach of love, of giving, of pure gratitude for the other.

But adults?  When Ploni upset Almoni the fight went on for weeks, months, or even years.  They weren’t able to put their differences aside.  No, they would only give mishloach manot to the 7 friends they’d been giving to for each year, not wanting to have anything to do with the korban that should be part and parcel of mishloach manot.

Another idea I had about the small aleph was of our hero Esther.  She was totally in line with the humility of life.  She put on no make up, didn’t think anything about her beauty, came in quietly and almost timidly and literally stole the heart of Ahashverosh. She didn’t need to use anything to doll herself up to make herself fake, she just – in a beautiful almost childlike manner – approached him with her hidden tahorness.

And in fact we learn even more about the small Aleph in Vayikra relating to Purim from Hashem himself.  even though He is the hero, he doesn’t even appear in the Megillah!

And that brings me to my other point of how kids understand Purim (and Vayikra) so much more than adults ever will.  Today we are so insistent on seeing everything, on having proof and on quoting Reb Google that we are incapable of understanding the hiddenness of Hashem and His miracles.  The biggest miracles today are completely hidden, but we look for them in all the wrong places.  It’s kids instead who are running late (as I read in a Jerusalem Post article by Batya Ludman this week) as they are fascinated by a colorful bug on the street.  Parents however, are missing appointments because an automated Google alert came up on their phone, or a whatsapp message about an upcoming schedule change has caught their attention.