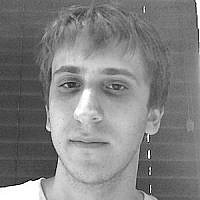 The Blogs
Joseph Shupac
Apply for a Blog
Please note that the posts on The Blogs are contributed by third parties. The opinions, facts and any media content in them are presented solely by the authors, and neither The Times of Israel nor its partners assume any responsibility for them. Please contact us in case of abuse. In case of abuse,
Report this post.

As in most religions, there is a tradition in Judaism to relate contemporary events to scriptural tales and holidays. In the story of Chanukkah, two miracles are celebrated: the Jewish Maccabbees winning over the Syrian Greeks in spite of the Jews being heavily outnumbered, and the Jews getting a lot of light out of a little bit of oil. Many therefore see the existence and economic success of modern-day Israel as a similar miracle. The Israelis are outmanned more than 40 to 1 by the inhabitants of the Arab world, and out-oiled more than 1000 to 1. Yet Israel has managed anyway not only to survive, but also to join the  small class of 25 countries in which per capita incomes have reached above $30,000 dollars per year. For many, this is thought to be not just a secular or national miracle, but also a true, God-given one.

Such Channukah analogies tend to be drawn mainly by conservative supporters of Israel. When it comes to Purim, however, it may be liberal Jews will have more fun this year, when they realize that Trump’s public persona seems to  be similar to that of Achashverosh. Trump, after all, appears to be a superficial, misogynistic, ostentatious and retributive insomniac, who values loyalty in his servants, public nudity in his wives, and is an ally of Jews against Persian rivals more out of happenstance rather than as a result of any moral consideration. (Trump’s Orthodox son-in-law Jared Kushner would, I guess, have to be Mordechai in this comparison; Ivanka is clearly Esther, a beautiful young woman who conceals her Judaism and is the only person at court who is able to make the king see any sense. And certainly, many liberals already believe that Steve Bannon is a modern-day Hamman).

About a month before Purim, and about a month after Channuka, is Tu Bishvat, a more earthly and apolitical holiday than either of the two which flank it. Whereas Channukah commemorates right-wing values such as conviction, traditionalism, and militarism, and Purim left-wing values like diplomacy, feminism, and secularism, Tu Bishvat celebrates only natural, as opposed to man-made, forces. Tu’Bishvat could be a fitting metaphor not only for the fact that political truths in Israel  may lie somewhere between left and right-wing perspectives, but also for the fact that Israeli success is due more to natural forc than many realize.

With Tu Bishvat having just recently past, let’s take a closer look at why this may be the case.

When I was in Hebrew school, we were frequently shown maps of the Arab world, meant to display to us just how tiny Israel’s territory is. This was meant to bolster our view of Israel as an underdog; a “start-up nation”, which had first helped to make the desert bloom and later helped to make the Nasdaq boom. Israel certainly is an underdog country in many ways, but still these maps were hugely misleading. They did not differentiate between relatively useful and relatively useless land. The Arab world owns a huge amount of beautiful but uninhabited desert or rugged mountains, but Israel enjoys the advantage in terms of the amount of arable coastal land it possesses, on a per capita basis.

The area of Israel outside of the Negev is roughly 8000 square kilometres large, most of which is a part of the country’s Mediterranean coastal plain. 8000 square kilometres is very small, of course–except not when compared to most of Israel’s neighbours. The West Bank, which is 3.7 times smaller than Israel, is landlocked, mountainous, and most of its eastern half is desert. Gaza, which is 57 times smaller than Israel, is nearly a desert as well. Gaza receives about half the rain that most of Israel’s coastal plain does, and only a third of the rainfall that many areas in the Galilee in northern Israel receive.

Lebanon, which is half as large as Israel, has a coastal plain that extends only a very short distance inland in most areas, before meeting the high mountain ranges and mountain valleys which make up most of the country’s terrain.

Yet Lebanon also shows the importance of being a coastal country, even if only a very small one. Lebanon’s per capita income is around $10,000, which is substantially higher than most other Arab countries apart from oil-rich Gulf Arab monarchies. Israel’s is an estimated $36,000; Egypt’s is just $3600.

In Syria too, the coastal plain — where lives most of the minority Alawite population from which the Al-Assad family comes — does not extend very far inland before it reaches mountain ranges. Syria’s coastline is also only  around 90 km in length from north to south; Israel’s is around 110 km long.  Eastern Syria, meanwhile, is largely a desert, so that approximately half the country’s territory is unpopulated.

Jordan, in spite of having a remote, tiny coastline along the Red Sea’s Gulf of Aqaba, is effectively landlocked. Most of its population lives far from Aqaba, in the relatively small part of the country that is not a desert. Jordan is separated from Israel, the West Bank, and the Mediterranean by the Jordan Valley, a steep-walled, incredibly deep canyon containing a number of the points on earth that are the furthest below sea level, through which the Jordan River flows into the salty Dead Sea.

While the Jordan Valley is not an impenetrable barrier, its usefulness as a defensive line does help to make Israel more insulated from its neighbours than it may seem. The border of Israel and the West Bank with Jordan is significantly longer than are Israel’s borders with Egypt, Lebanon, and Syria put together.

Finally there is Egypt, a country with a population twice as large as those of Israel, Palestine, Syria, Lebanon, and Jordan put together. Egypt’s territory is 48 times larger than Israel’s. However, when you strip away the deserts of both countries, then Egypt’s territory is only a little more than four times larger than Israel’s. Moreover, Egypt is capital-poor in the extreme. Because it receives almost no rainfall, its population has to live immediately next to the Nile. More than 20 percent of the Egyptian population lives five metres or less above sea level. In Israel, by contrast, only around 1 percent of the population lives five metres or less above sea level. This presents several significant challenges for Egypt, including flooding and the need to build expensive bridges and irrigation networks. Egypt remains potentially more powerful than does Israel, but not by as much as one might assume.

There is, also, a tendency among some analysts to overestimate Israel’s economic achievements. Although Israel’s dynamic mix of intellectual ability and entrepreneurial chutzpa is rightly admired, Israel’s success in technology sectors and in launching start-up companies is sometimes wrongly confused with general economic success. For instance, Israel and Italy have basically equivalent per capita incomes, yet Israel is often considered an economic miracle whereas Italy today is seen as something of a basket-case. Israel’s per capita GDP level is pretty much boilerplate Mediterranean: Spain, southern France, and Italy are all at relatively similar levels, and even coastal cities in Turkey and Lebanon are closer to Israel in terms of their wealth levels than they are to many other areas in the Middle East.

When talking about Israel, economics, of course, is political. The Left often claims that Israel is at an unfair advantage in its relationship with Arab states, as Israel has access to capital in Europe and especially America that has empowered it. The Right, on the other hand, usually claims that if Israel’s Arab neighbours would stop being so obsessed with Israel and instead concentrate on bettering their own societies, they would not be lagging so far behind the Israelis in terms of economic development.

There may or may not be a decent amount of truth in both these claims, yet both are predictable in that they highlight the personal values each one prizes most highly in general — for the Left, equality (or, at least, equity), for the Right, competence (or, at least, conscientiousness). This tendency of each side to bring their own ethics to the debate often leads both to overlook one of the most significant and obvious, but least ethically relevant, foundations of Israel’s success when compared to its neighbours: that Israel has far more useful land than they do. With the Tu’Bishvat having just recently being celebrated, now is the time to appreciate how the land itself has contributed to Israeli success.