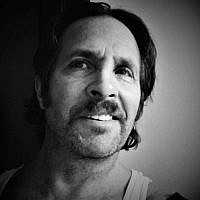 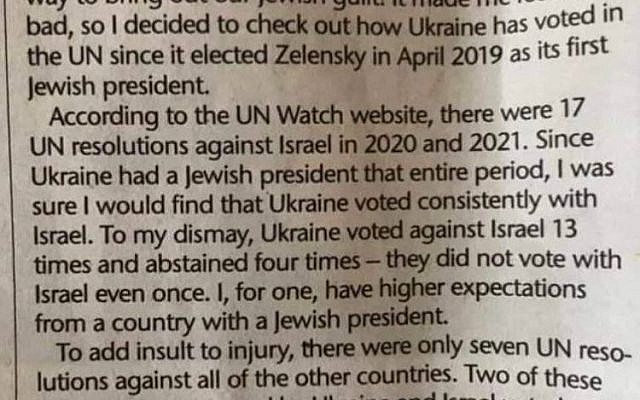 No contrition? No absolution.

Pardon the anecdote, but it provides significant context for my opinions. There will be one on Russia/NATO expansion, and another opinion based on observation and analysis on Ukraine/Jews and forgiveness. Brace yourselves. It won’t be flattering.

As some may be aware, I have done quite a bit or traveling during my days on earth. Each trip, I feel broadens me, makes my world and the world of my experiences that much richer. When I find a place I like? I go again, and again, and again. Why not? I’m single, financially independent and I love it. Aside Israel, Thailand has been one of my regular stops. There, I stay at a resort beach among mostly Russian and Chinese tourists, a few northern Europeans, Israelis and Indians. We’re talkin’ genuine diversity, the real thing, ethnic, racial, cultural, religious, ideological, the works. Not many Americans though, it’s a long trip, but some, like me, happily make the voyage for many good reasons, among them, aside the sensual, the chance to sense the flavors and zeitgeist of other worlds.

On one of the recent journeys, maybe two years ago, while enjoying the ambience of an outdoor food court, unforgettable dining for me, just perfect, the food, wow, no table cloths or fancy napkins, under the warm tropical moonlight, I bring my own booze, and sat among the varied tourists having pretty much the same experience. Oh, yes, and easily affordable too. An offer I can’t refuse. This particular night, while seated at a crowded table, among mostly Russians, at some point, the middle aged lady across from me and I began a brief chat.

“Where are you from?” I asked, the standard, pleasant opening line, though it was obvious. “Russia,” she answers, “you?” She asks, politely with half a smile, “New York” I reply with my usual smile of contained pride.

She pauses, no more smile, deadpan, then replies “Empty.” Empty? Noting the look of puzzlement on my face and after a brief search of her readily available lexicon clarifies: “enemy.” Once I hear that, “enemy,” I laughed with amused surprise, shaking my head, “no. I’m not your enemy.” But the conversation pretty much wrapped after that, limited, mostly I suppose by the Tower of Babel blockade, but also, another obvious, her quickly vanished interest. I was her enemy. Seriously? I guess so. Another wow. That was a first. Experience broadened. On the way back to my humble man’s paradise penthouse on the gulf, I thought about it. What did she mean? The Cuban Missile Crisis? The Berlin Wall? The bombing of Sol Hurok’s office? Murdering his secretary? The relentless campaign to permit the emigration of Soviet Jews? What? How was I her enemy? Me, a friendly, mostly harmless, world-travelin’ New York Yid. How?

Well, let’s say after the last few day’s research, the answer is just a bissel clearer. Now, I’m grateful she didn’t let out a howl alerting Ivan and the Terribles and have him and his comrades ruin my night. Pretty big dudes, nary a smile from these vacationers under even ordinary circumstances, ever. I usually smile gently in passing, and in return get a blank stare. Okay. Fine. But enemy? Folks, we have nuclear weapons all over Europe pointing at them, they have none (known) anywhere in this entire hemisphere aimed at us. We have the Monroe Doctrine, they have NATO on their front porch, in their face, at their throats, a 30-nation armada, squeezing them ever tighter and tighter.

Back in 1990, glastnost Gorbachev was promised by Secretary of State James Baker (the third), among others well positioned, chiefs of state and foriegn ministers, big shots, European heavyweights, the guys that count, though denied (Condaliza Rice), it’s a matter of record, the memos are available, declassified, “not one inch eastward” was the phrase, in exchange for acceptance of the unification of “the fatherland,” Germany (our great alley, right?), a country that invaded Russia not so long ago, inflicting tens of millions of deaths, tens of millions, as in the Siege  of Leningrad among other war-time atrocities, a Nazi-nation much of Ukraine welcomed as liberators, Deutschland, of “uber alles” fame. No eastern expansion they were told, especially no former Soviet states would be admitted to that “defensive” armada. Defensive except when going on the offense, see Libya, when we call it an “intervention” on one side against another, or Bosnia, choosing sides and vanquishing the out-group. Defensive and nonexpansive, said the spider to the fly, yet, somehow, new member states kept being admitted, former Warsaw Pact states, eventually, inch by inch, three of them right on Russia’s border, the very ones we said would not be, small countries, also, incidentally, havens of Judeaphobic bigotry and savagery, while threatening to add even more, like Ukraine, a huge one, of the same ilk. It’s not opinion, it’s history. Fact. So, in her eyes, New York means America, and America means NATO, meaning I was an enemy. Capish?

With that, it’s hard for me to see Putin as the main villain here, certainly not the sole one. In conflicts it’s proforma to paint the opponent leader as an evil villain, the word is propaganda, i.e., “Hitler,” and the imbecilic, mouth-breathers swallow it. As an aside, folks, there was one Adolph Hitler (y’moch sh’mo), only one. One too many but only one. Other villains are whoever they might be, depending on whose side one reads, but they are not Hitler, the lazy association for the simple-minded and uninformed. Many times, the other designated villians, well, as is most of life, it’s just a bit more complicated, like this time. Either way, this is not so much about Vladimir Putin, or Vlodomir Zelensky, at least not to this observer. This is about a willful blindness to our own contribution to the conflict, which, in my view, helps no one; in fact, it exacerbates it, if not actually created it. If we open our eyes, Americans, whose military dropped more bombs on Laos, a beautiful country I visited twice, so poor they barely have traffic lights or metal currency, than we did on Germany in all of WWll, then we might be able to see what Russians see and make better choices. Otherwise? We’re all dancing on the abyss, i.e., olam haba.

Next up, forgiveness, and Ukraine’s past, their deeply rooted, cherished practice of mass slaughtering their neighbors, helpless, unarmed Jewish Ukrainians, as if it were a national pastime, orgies of savgery whose images the Times of Israel refuse to publish, so harrowing as to be unbearable, for centuries, right on through living memory. Here’s the thing: there has never been an accounting. A stone monument to our slaughetered mothers, daughters, fathers and sons at Babi Yar is pagan idolatry, it is material, a rock, not spiritual, not even human. A rock. Don’t we have a thing about that? And it serves as a cheap mask, like Zelensky’s Jewish ‘roots’. An acknowledgement of the crimes and an offer of restituion, and an honest acceptance of the past and commitment to right it by supporting the Jewish state, like at the UN, where they dependably don’t, might mean something. That would be a start. Forget the rock. But lecturing us, guilt-tripping us, and siding with the Judeaphobic hordes of the General Assembly? Gimme a break. I’m told Zelensky is a Jew. Okay. Mazal tov. Woundebar, so am I, but without substance, it’s all style, and it means nothing. But Jews fall for it. We crave heroes but still don’t know who Mordechai Anielewicz was, a giant. Zelensky’s nominal Jewish roots are meaningless without deeds that vivify the fact, give it meaning in a tangible, demonstrable way. Putin’s martial arts instructor was a Jewish man, I’m told, and Mad Vlad cried at his funeral. Mad Vlad, of more than six-thousand nukes and the means to deliver them, green lights IAF srtikes in Syria, his new satrapy. If Mad Vlad‘s the only villian here, or even the main one, then I’m on the wrong page. It’s possible. It’s happened. But perhaps, just maybe, the hype and spin of western interests embedded and promoted by the military-industrial complex and their compliant media minions, hasn’t quite worked its propagandist magic on me. “Not one inch eastward,” they promised again and again, but as the inimicable Otter told Flounder of Animal House fame, “you fkd-up. You trusted us,” Russia. Now, for the deceit Ukraine is paying the bill. Maybe instead, I wasn’t her enemy; maybe I never was, maybe instead I’m an independently-minded Hebrew-American who thinks for himself. That possible too. No? Anyway, that’s how I see it and that’s how I say it, for better or worse. Who and what though, aside a cheaply spun tool, I now pause to wonder, are you?