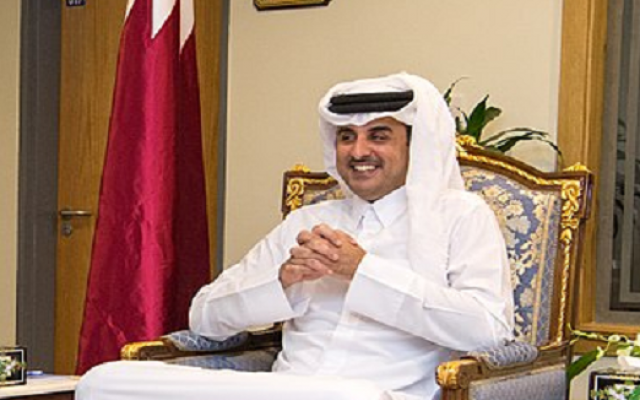 Since taking office, the Trump administration has adopted a zero-tolerance approach to Iran’s destructive foreign policy objectives and has clamped down on Tehran’s army of proxy extremists in Gaza, Lebanon, Yemen, and elsewhere. With the emir of Qatar’s visit to Washington this week, the White House must apply similar pressure to disrupt the emirate’s disturbing links to terror and extremist groups.

Qatar’s record on terrorism is sketchy at best. A recent Wall Street Journal investigation implicated several of its most prominent citizens in assisting foreign terrorist groups. Financier Khalifa al-Subaiy is noted for his connection to senior figures in al-Qaeda, including Khalid Sheikh Mohammed – the architect of the 9/11 attacks. Al-Subaiy was first put on a United Nations terror blacklist in 2008 for repeatedly providing financial aid to terrorists. Others named in the investigation include former Qatari football chief, Abd al-Rahman bin Umayr al-Nuaymi, and financier, Abd al-Latif Bin Abdallah Salih Muhammad al-Kawari.

Doha has afforded these individuals carte blanche to pursue their funding of jihadist extremism. While promising to “monitor” blacklisted individuals, in practice, the Qatari government has been dangerously laissez-faire in allowing funds to reach terrorist bank accounts unimpeded. Al-Subaiy, in spite of his notoriety, was able to access up to $10,000 a month for “basic necessities” from frozen accounts inside Qatar.

When the lives of innocent people are at stake, enabling such individuals to operate freely is tantamount to criminal complicity in terrorism.

On a diplomatic level too, Qatar has done little to ease the doubts on its commitment to fighting terror. When the Gulf states met in last month’s Mecca summit to discuss Iran’s increasingly belligerent and destructive foreign policy agenda, Doha refused to join its neighbours in condemning the aggression. This is a worrying sign of Qatar’s acceptance of subversive Iranian activity and should be a cause of concern for the United States and its Western allies.

Meanwhile, other investigations have recently uncovered evidence of systematic Qatari funding of Muslim Brotherhood organizations across Europe. Preaching radical Islam, the Muslim Brotherhood has sought to undermine the role of moderate Islam and the idea of leaving peacefully alongside non-Muslims, cooperating with Western states as allies, rather than enemies.

In April, French journalists Georges Malbrunot and Christian Chesnot published Qatar Papers, revealing that Doha has bankrolled more than 140 Muslim Brotherhood projects in the EU in recent years, with payments totalling $80 million. Key figures involved in these transactions include the academic Tariq Ramadan, a consultant to the wife of the previous Qatari emir, Sheikh Hamad bin Khalifa Al Thani, and the spiritual leader of the Muslim Brotherhood, Yusuf Al Qaradawi.

Malbrunot and Chesnot’s findings prove that Qatari funding of terrorism is not the preserve of a few individuals: these are practices which are occurring at a state-level, with the blessing of the highest figures in government.

On Tuesday, we saw photos of a smiling emir shaking hands with U.S. President Donald Trump. Sheikh Al Thani pledged his nation’s unwavering commitment to the war on terror. He spoke of his desire for greater cooperation with the United States, and of the mutual benefits that a strategic partnership can bring to both of their nations. He also spoke of shared values. Fundamentally, these are more than empty words, entirely at odds with Qatari actions.

The United States was right to withdraw from the flawed 2015 nuclear accord which had failed to contain Iranian aggression. It was right to place sanctions on Tehran in a bid to prevent its funding of terrorist organisations across the Middle East. It is now important that the United States does right once again by standing firm against Qatari hypocrisy and refusing to do business with those who fund Islamic extremism.