Nobody will live forever; only God is eternal! That is the rule of “GOD.” Due to his regulations, everyone must die when their time comes. On September 8, Queen Elizabeth II, the United Kingdom’s longest-serving queen, died at Balmoral, aged 96, after reigning for 70 years. Of course, she was not going to live forever, but she has been a wonderful ruler for many years, and many of us hope she can live forever. But Queen Elizabeth II is also mortal. Her family is very long-lived, particularly the ladies.

Following in her footsteps, her son, Prince Charles, ascended to the throne. After Prince Charles, Prince William is in line to succeed him as King. And so on all the way down the line. After his father, Prince William, Prince George is the heir apparent. In the event that George is still a minor, he will hold his position with a Regent until he is old enough to rule on his own. And if Prince George is successful in having children, their offspring will ultimately become heirs to the throne. And this is how everything unfolds. The British Monarchy has been around for a very long time and has a rich and eventful history; it will endure and thrive. Despite a few snags along the way, it has continued to do so for thousands upon thousands of years.

If we consider Her Majesty to be one of the most powerful queens to have ever sat on the English throne, The functions of the sovereign have varied and grown so significantly throughout the ages that I believe it is difficult to rank them. Some were called to be fighters, while others possessed absolute authority. Her Majesty is none of these things. She must govern while not seeming to rule. She has views but is unable to articulate them. She understands and follows the rules, but she also knows how to affect the fate of the country without ever seeming to do so. She is a true master! She personifies continuity, the one constant in a changing world. She is a bad queen. She’s a fantastic queen.

She had such a major and vital historical role in defining and clarifying what it means to be Britain’s constitutional queen that judging her objectively is impossible. Most Britons and people in her “other realms and territories” have never known another queen, and she has been in power for so long and over such a long period of time (six decades) that it almost seems unfair to compare her to even her most recent predecessors. I mean, is she a more worthy ruler than George V, who ruled before television and the internet? Every other presently reigning constitutional monarch on the planet rose to power during their reigns, implying that they have influence and precedence outside their boundaries.

Queen Elizabeth has had the good fortune to center her role on herself and seek judgment primarily on her own terms. She was a quiet and stern lady who preferred seclusion and disliked showing too much emotion, and she was surprisingly adept at being that kind of Queen. People who want a more public, revealing, charismatic, and empathic queen, on the other hand, find her dull, remote, and lousy at emotional leadership, as David Stewart’s great response illustrates. However, since the Queen has had a monopoly on her position for so long, she has been able to reject her detractors via a kind of inertia—basically, “I’m the queen, I’m not going away, therefore you will accept the work I do as the one that should be done.”

Her characterization of her political function has also been fascinating to witness. Elizabeth II obviously feels that a monarch should be completely apolitical, a belief that seems to stem from her overall indifference to being anything more than a fairly aloof symbol of the state. This implies she has never injected herself or her personal beliefs into any of our time’s important political conflicts, even in subtle ways, which is a perplexing and contradictory thing to assess. On the one hand, this means she has kept the monarchy out of polarizing political debates and away from unpopular arguments that were either lost or discredited. On the other hand, this also means she has never really acted as a “leader” in any real sense, which has contributed to the discrediting of the monarchy’s constitutional necessity. 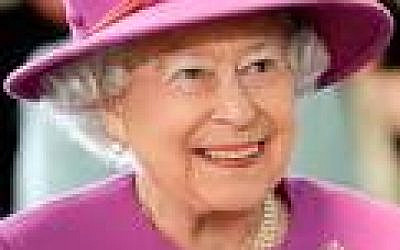 About the Author
Surjit has lived in Canada for last 35 years. He has published all around the globe in more than 100 newspapers both in print and online, in addition to being blogger for many sites. HE's also the editor & publisher of Asia Metro News Magazine Toronto Canada
Related Topics
Related Posts