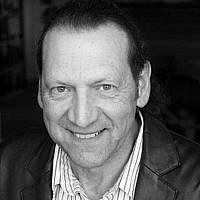 The Blogs
George R. Mastroianni
Apply for a Blog
Please note that the posts on The Blogs are contributed by third parties. The opinions, facts and any media content in them are presented solely by the authors, and neither The Times of Israel nor its partners assume any responsibility for them. Please contact us in case of abuse. In case of abuse,
Report this post. 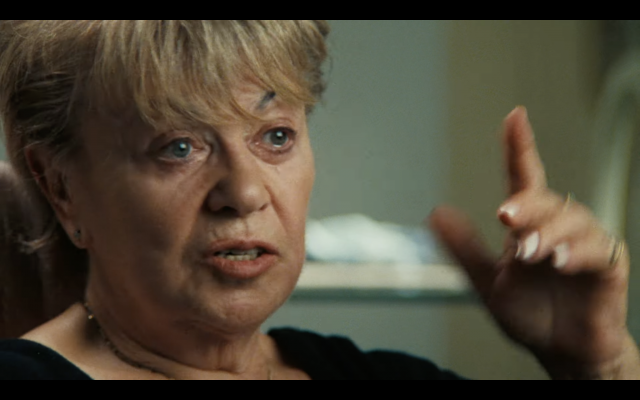 Irene Zisblatt in ‘The Last Days’ (Screenshot from YouTube)

The film “The Last Days,” released in 1998 and awarded an Oscar for Best Documentary Feature, was re-released in May this year. The film recounts the stories of five Holocaust survivors enmeshed in the Nazi attempt to exterminate the Jews of Hungary in the summer of 1944.

The subtitle of the James Moll film is “Everything You’re About to See is True.” But the testimony of Irene Zisblatt may challenge that claim. Independent scholar Joachim Neander analyzed Zisblatt’s testimony and raised concerns about the factual accuracy of some of the elements of her story. For example, Zisblatt says that teeth with gold fillings were torn from the mouths of newly arrived prisoners: this was not done at Auschwitz. Gold was only removed from the bodies of those who had already been murdered by the Nazis.

Ms. Zisblatt says that the day after arriving at Auschwitz, she was transferred to Majdanek. She claims that she was sent there because the camp commandant, Ilse Koch, was seeking young women with beautiful skin to use for the production of lampshades. Koch could not have been at Majdanek: she was in prison in Weimar, arrested by the SS for corruption.

Other parts of Zisblatt’s narrative cannot be tested directly but strain credulity nevertheless. Zisblatt’s book The Fifth Diamond includes this story: given four diamonds by her mother, she was able to keep them in her possession throughout her captivity by repeatedly swallowing them and retrieving them from her own excrement. Neander suggests that this is implausible given the realities of camp life: latrines were grossly insufficient for the number of prisoners, who were provided access to them infrequently and briefly, constantly harassed by kapos.

Zisblatt claimed that she was the last person driven into a gas chamber, but pushed away from a guard, hid near the crematorium, and was thrown over a fence into a train leaving the camp by a young Sonderkommando prisoner. The gassing process was such that an escape like this was improbable. Even so, Neander reports that the fence over which Ms. Zisblatt says she was thrown was ten feet high, and was some one hundred feet from the railroad track. Hurling a sixty-pound person high enough and far enough to land in the open boxcar seems impossible.

It is, and should be, difficult and painful for us to raise questions like this about survivor testimony. Irene Zisblatt experienced horrific persecution by the Nazis. She lost most of her family to the Holocaust. She has worked tirelessly to remind an increasingly under-educated public of what happened, and she deserves our utmost respect.

But we can honor Irene Zisblatt and honor the truth at the same time. Hopefully, her testimony will be judged to be credible. If her testimony does not withstand such scrutiny, if some of the stories she tells are distortions, fabrications, or exaggerations, these are likely the result of failures of her memory of the sort that plague us all. Irene Zisblatt did not begin talking about her Holocaust experiences until 1994 when the public square was flooded with films, books, and speeches about the Holocaust.

Many of us mistakenly adopt information like this. There is no shame in misremembering events, or in misattributing other’s experiences as our own. It would, however, be a shame to perpetuate falsehoods, even well-intentioned ones, when we have the means to set the record straight. The stakes are too high to let our solicitude for the feelings of a single survivor jeopardize our commitment to always telling the truth about the Holocaust.

About the Author
Dr. Mastroianni is an experimental psychologist, Professor Emeritus at the United States Air Force Academy, and currently teaching in the M.P.S. Psychology of Leadership program in the World Campus at the Pennsylvania State University. His recent books include Of Mind and Murder: Toward a More Comprehensive Psychology of the Holocaust; Misremembering the Holocaust: The Liberation of Buchenwald and the Limits of Memory; and Rumors of Injustice: The Cases of Ilse Koch and Rudolph Spanner.
Related Topics
Related Posts
Comments