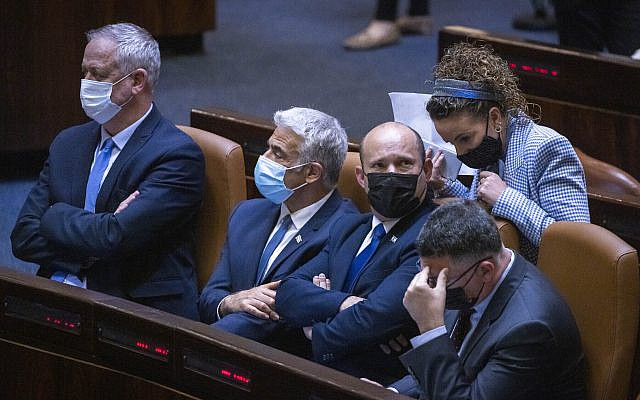 Meretz Member of Knesset Ghaida Rinawie-Zoabi’s dramatic resignation from the coalition last week sent the already wobbly Bennett-Lapid government into a tizzy. Already in a 60-60 tie with the opposition after the defection of former coalition whip MK Idit Stilman, Rinawie-Zoabi’s announcement threatened to make it a minority in Israel’s 120-member parliament.

With the Likud’s Benjamin Netanyahu actively planning his return to the Prime Minister’s Office, coalition partners – and some factions in the opposition – have been scrambling to thwart such an eventuality. They are employing two main approaches: personal appeasement and diverting attention to other issues. In the rush to dowse the current brushfire, they have avoided coming to terms with the root causes of Israel’s now endemic instability. By doing so, they may, in fact, be making matters worse: past experience shows that temporary solutions to minor challenges may exacerbate deeper problems and, more seriously, dim the prospects for their resolution.

The coalition efforts have been geared to achieving two main objectives. The first is to ensure that its opponents cannot replace the present government in a no-confidence vote – something that in any event has become virtually impossible since the constructive no-confidence clause in effect since 2014 requires a 61-member vote for an alternative prime minister and government.

Given that the Joint List is unlikely to support a right-religious coalition headed by Netanyahu, barring a massive defection of a good portion of right-leaning elements in the present government (especially in Bennet’s Yemina Party and Gideon Saar’s New Hope faction), such a scenario has always seemed highly unlikely.

The second goal has been to prevent a new round of elections – the fifth within three years. Here, too, an absolute majority is required. From the outset, such a possibility was considered more realistic, especially if it suited the interests of specific parties and leaders across the political spectrum. Thus, securing Rinawie-Zoabi’s support became a priority, especially for Yair Lapid, who took the lead in the negotiations, since he had the most to lose if new elections were called in these conditions (according to an amendment to the Basic Law: The Government, Bennett would remain at the helm during the transition at Lapid’s expense until a new government is sworn in because Meretz, associated with his bloc in the present 8-party coalition, would be responsible for its dissolution).

Most of the coalition’s energies in recent days therefore focused squarely on placating Ghaida Rinawie-Zoabi – despite the frustration, outrage and even outright anger that she has aroused. A bevy of emissaries, intermediaries and confidantes – each bearing gifts – was dispatched to convince her to back down. For the government, the ideal would have been if she would resign from the Knesset. But she had already declared that she would not accept the proposed (but clumsily delayed) appointment as Israeli Consul General in Shanghai and would not seek another formal sinecure. In present circumstances, it would have been even more difficult for her to acquiesce to such bait: it would totally undermine the principled criticism of the government’s treatment that informed her resignation letter.

This left the much less savory option of horse-trading, involving a series of concrete promises – backed by allocations – for Rinawie-Zoabi’s pet projects in the Arab community. At the time of writing, this course appears to have borne fruit. In exchange for returning to the coalition fold, the renegade Member of the Knesset will gain control of her own personal officially-sanctioned trove for municipal authorities and social services associated neither with the Joint List nor with coalition partner Ra’am.

The price of this emerging deal, however, is steeper than may appear on the surface. Unless failsafe assurances have been provided, for MK Rinawie-Zoabi such a move will further taint her already tarnished credibility and sound the death knell of her brief and tumultuous political career, while also seriously undermining the reputation – and perhaps the electoral viability – of Meretz.

More significantly, this arrangement, with its emphasis on patronage politics, defies the main credo of the current government: its commitment to deal professionally with the multitude of pressing social, economic and personal security needs of all the citizens of the country. If this adhesive becomes unglued, it exposes the government to even more pressures from individual members, is likely to undercut its probity, and consequently hasten its demise. And, although the agreement assures more benefits for sadly neglected Arab communities, its implications for Jewish-Arab relations remain unclear.

A second strategy to deal with immediate challenges has consisted of creating a series of diversions. Some of these, notably at the initiative of Benny Gantz, have focused on highlighting external threats, mostly revolving around the possible renewal of the Iranian nuclear deal, but also extending to containing Iranian influence on Israel’s northern front. The timing of the Defense Minister’s highly publicized visit to the United States cannot be dissociated from the domestic political turmoil during which it took place.

Another diversion – designed with the right-wing of the coalition in mind – has been to highlight certain pet projects especially dear to their hearts, including sanctioning the contentious flag parade scheduled to take place in the old city on Jerusalem Day and approving a cable car from west Jerusalem to the Western Wall. In these cases, the upshot is likely to heighten the already gaping ideological divisions in Israel’s diverse government.

A far more telling – and potentially long-lasting – diversion has taken the form of the revival of efforts to reform Israel’s electoral system. Not for the first time has talk of reverting to direct elections for the prime minister resurfaced, even though the three elections using this format (1996, 1999, and 2001) had a deleterious effect on Israel’s already convoluted politics. If the dual ballot system was intended to reduce the number of parties and encourage moderation, it achieved the precise opposite: the direct elections irretrievably personalized political life, while the separate party ballot allowed voters to express identity preferences, severely weakened the major political parties, and in fact actually raised the number of lists in the Knesset. In an effort to contain this phenomenon (and disempower parts of Arab society) over the past two decades the electoral threshold was raised, reaching 3.25% in 2014. Even though the average number of lists has remained constant, the tendency to group around two main electoral blocs has actually increased political polarization in recent years.

Now some pundits have begun advocating a more major overhaul of the electoral system. Especially popular have been suggestions to switch to a single-district, first-past-the-poll system common in most English-speaking countries. Such a shift would sacrifice the one major advantage of Israel’s single constituency proportional representation system – its highly representative character, without (given the country’s highly divisive socio-political cleavages) according the benefits of compromise usually associated with such arrangements. Others have begun advocating for a mixed system, as has been in place in Germany, on the grounds that it could combine the best of both worlds. There is no indication that this option is feasible, let alone desirable.

All these, along with other related suggestions, suffer from similar flaws. They disregard the destructive outcomes of previous attempts to tamper with the system. They overlook the almost complete public disaffection with political parties. And they fail to address the close connection between democratic backsliding, neo-authoritarian tendencies, the absence of accountability, and the proliferation of patronage politics. Above all else, they presume that engineering the mechanics of politics can alter their content. Nothing can be further from the truth. The system does not mold society, but social dynamics affect how this, like any other polity, functions. Without addressing the reasons for the alarming ideological and social polarization, any quick-fix formula creates an illusion that diverts attention from the main task at hand.

Israel is on the verge of implosion. It lacks solidarity – its various components unable to agree even on basic values such as human dignity, tolerance, equity and equality (the attempt to enshrine the latter in Israel’s basic laws is faltering once again). It is increasingly polarized – a particularly poisonous phenomenon in the midst of multiple social, economic and physical uncertainties.

Stopgap measures only delay the pressing obligation to define the physical, human, social and normative parameters of what is Israel and design a value-based strategy for its realization. Anything less is a prescription for more instability, confusion, suffering and, inevitably, chaos.

This is not the task only of the present coalition (which itself incorporates a diverse range of ideologies and social groups); it is that of any government that hopes to put the country back on course to becoming a decent society at peace with itself and its neighbors. 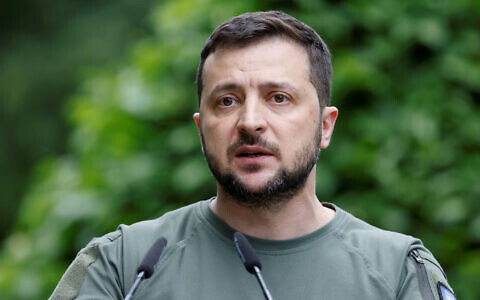 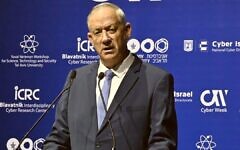