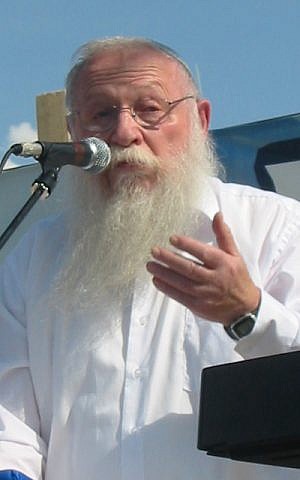 Rabbi Chaim Druckman has been widely criticized – including by leaders of the Rabbinical Council of America – for taking too long to change his mind about Rabbi Moti Elon, seeming reluctant to admit that Rabbi Elon had mended his ways, preferring to hope the problem would go away, and finally only deciding to speak out as the result of pressure.

Rav Druckman is presumably embarrassed about having to change his mind. But great people have to have the courage to say they were wrong. Not just great people, but all of us. That’s why we have a Yom Kippur, but we can’t always wait for Yom Kippur.

Malachi says (3:6), “I the Lord do not change”. Only if you’re God can you say you don’t and won’t change. But human beings aren’t God. We humans are not immune to errors of judgment, and sometimes we have to be man enough to admit we misjudged a person or a situation. It’s admirable to believe in other people’s goodness and to give them the benefit of the doubt – but it’s seems like cowardice if the other person lets you down and you can’t come out with the words to say so.

Yes, the Mishnah in Pir’kei Avot 1:1 warns us not to be impetuous or intemperate in judgment, but though it tells us to be cautious in judgment and careful in decision-making it doesn’t advocate over-much caution when the times call for the courage to come out boldly, speak up clearly and act without delay or prevarication.

No-one can prevent the advent of new things – new devices, new drugs, new developments. Or new circumstances, new social threats, new harmful deeds. We can’t abdicate. We can’t hide our heads in the sand or say, “Stop the world: I want to get off”. When things get out of hand we have to take a stand. It’s embarrassing if rabbis do the wrong thing, but other rabbis can’t fall back on chaverschaft and fear to fall out with them.

Courage means abandoning or amending the positions of the past. There is never a time when we aren’t forced into rethinking, growing, and facing new times, new ways and new notions. We’re not always happy about it. Of course it is unsettling when things constantly get challenged and shaken up. But conscience allows nothing less.

Rabbis like Rav Druckman have long enhanced the glory of the Torah. They deserve credit for their preparedness to finally re-think their position. But people have the perception that Rav Druckman has taken too long and needed to be pressured to speak out. Kohelet would have said, “There is a time for caution, but there is also a time for courage”.