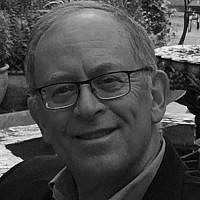 The Blogs
Baruch Frydman-Kohl
Rabbi, legal mediator, advocate
Apply for a Blog
Advertisement
Please note that the posts on The Blogs are contributed by third parties. The opinions, facts and any media content in them are presented solely by the authors, and neither The Times of Israel nor its partners assume any responsibility for them. Please contact us in case of abuse. In case of abuse,
Report this post.

A Yiddish poem written in 1946 by Yaakov Glatstein despaired of the continuity of the Covenant between God and the Jewish people. Drawing upon the the image of the people of Israel standing at Sinai and echoing a line from the Psalms of Hallel, Glatstein writes of the Holocaust:

The dead do not praise God

At Mount Sinai we received the Torah

and in Lublin we gave it back.

The dead do not praise God.

The Torah was given for the living.

Just as we all stood together

at the Giving of the Torah,

so did we all die in Lublin.

It was not only survivors who felt that the world was profoundly changed. In Cincinnati, Ohio, a group of American rabbinical students — all students of Rabbi Abraham Joshua Heschel — were challenged by the accounts of the death camps and the struggle for a Zionist state.

Those two seminal events made it evident that the liberal theology of Reform Judaism required rethinking. Samuel Dresner and Richard Rubenstein left the Cincinnati campus of the Hebrew Union College to follow their teacher to the Jewish Theological Seminary. Another group remained at HUC, became lifelong friends and changed the character of Reform Judaism in America. Arnold Jacob Wolf, Steven Schwarzschild and Eugene Borowitz, all ordained in 1948, debated philosophy and politics, belief and behavior, for the rest of their lives. As Rabbi Rachel Sabath-Beit Halahmi said in her recent eulogy for Rabbi Borowitz, “What did it mean to lead and think and pray knowing what they now knew – that their predecessors did not – about humanity and modernity?”

Prof. Schwarzschild, who championed a rationalist Judaism, died suddenly in 1989. Rabbi Wolf, noted for his ethical activism in Chicago and his penetrating and persistent questions (I was a university student whose sense of social mishpat was affected by him), died in 2008. Along with Rabbi Eugene B. Borowitz, who taught theology at Hebrew Union College for more than fifty years, they changed the focus of Reform Judaism from the singular point of personal autonomy to an ellipse with one point being the requirement that an individual live in covenant with God, and the other the freedom to make one’s own religious decisions, based on knowledge and commitment. When Rabbi Borowitz died at the end of January, just shy of 92 years, we lost a profound thinker and a great Jew.

In 1950, these newly ordained rabbis gathered with others at a theological conference where Rabbi Emil Fackenheim, who had recently joined the faculty of the University of Toronto, spoke about existential philosophy and Judaism. Writing about that conference, the young Borowitz noted that Fackenheim’s ideas came “as a profound theological shock to the assembled rabbis.”  Years later, I read Borowitz’ book, A Layman’s Guide to Religious Existentialism, and had a reaction similar to the one described by Rabbi David Ellenson (the former president of HUC): “When I was 21, I came across his book. I eagerly devoured its contents. His words on Kierkegaard, Tillich and other thinkers ignited a passion for the life of the mind and the life of the spirit.”

Post-Holocaust, Borowitz believed that the Enlightenment project – founded on a confidence that rationalism would lead to ethics – was no longer a solid source for human values.  He was attracted to the non-rationalist thought of  the newly translated Franz Rosenzweig. Both loving and living Martin Buber, he might greet a student and ask,  “How’s your Thou?” His daughters reported that their father would speak with toll booth attendants, since they were also “Thous.” But he also was troubled by Buber’s devaluation of religious knowledge, his emphasis on the autonomy of the individual, and the relativism implied by all this.

Rabbi Lawrence Hoffman (who, like Borowitz, was deemed insufficiently learned to become a Conservative rabbi), taught for many years with Borowitz and explained that few HUC faculty members initially understood what Rabbi Borowitz was trying to do. It wasn’t Talmud or history. It wasn’t the history of Jewish philosophy. “Borowitz [was] inventing a new field, combining modernity with piety, wedding criticism to affirmation, and explaining theologically why and how we should be Jewish in the first place.”

Although few Jews were interested in theology, Rabbi Borowitz found that others did care. He wrote about Judaism for Christians and about Christian conceptions of Jesus (Christology) for Jews. He engaged in a comparative discussion about Judaism and Buddhism long before the term Jew-Bu was coined. He explored and explained other Jewish thinkers, introducing the halakhic and existential scholar, Rabbi Joseph Soloveitchik, to a liberal Jewish audience. And he believed that when you want to understand another thinker or faith, you start by presenting it in the strongest way possible. Only then would a critique be kosher.

In 1970, Rabbi Borowitz founded Sh’ma Magazine, a cross-denominational  intellectual eight-page Jewish journal. He pioneered the idea that Jews had to speak with each other across the denominational and political lines that divided us. He took words and ideas with seriousness and explored issues of depth and conflict with great courage.

Always conscious of the impact of the Holocaust and the rebirth of Jewish sovereignty, Borowitz did not place these historic events at the center of Judaism. As Rabbi Sabath Beit-Halahmi noted in her eulogy, he argued that the critical concern of 20th century Jewish thought was a commitment to the “commanding power of ethics.” He tried to move those who did not follow halakhah to a Jewish form of virtue ethics. He acted upon his beliefs, often stepping forward, with great courage, to address significant American social issues.

In his eulogy, Rabbi Hoffman said “Gene was blessed, and cursed, with the insistence that his colleagues, students, and Jewish leaders everywhere think clearly, act ethically, behave credibly – just as God would want, indeed, as God does want. There was not a meeting, not a moment, when being with him did not remind us of the heights to which we might strive to be better people. There he was, after all, not just trying to talk about God, but trying actually to be Godly.”

Rabbi Borowitz took a berakhah from the early morning prayers (“la’asok b’divrei Torah”) and gave it more prominence. He had his students recite the blessing for Torah study as class began. Most Reform rabbis now follow that custom.

Rabbi Borowitz once told future rabbis: “We need to guide Jews in the difficult art of maintaining an intense loyalty to Jewish tradition, that is, of living by a deeply Jewish faith, while freely assessing the virtues of the various modern ways of interpreting it — and within this continuous dialectic process to find the personal and conceptual integrity of what it means to be a modern Jew.” His willingness to value traditional Judaism transformed Reform Judaism.

A 1961 article in Commentary by Borowitz was a game changer for liberal Judaism. It asserted a singular Jewish commanding covenantal relationship with God and introduced the term covenant theology. While most Conservative rabbis speak about the influence of Mordecai Kaplan and Abraham Joshua Heschel, few realize the impact that Eugene Borowitz had on their thinking. Many rabbinic colleagues speak of covenant to frame their understanding of belief and behaviour, mitzvah and halakhah.  Rabbi David Hartman and Prof. David Novak use covenant theology to discuss the theo-political dimension of Judaism. Rabbi David Wolpe suggested that Conservative Judaism be  rebranded as Covenantal Judaism.

Borowitz was preoccupied with a question that resonates within all contemporary expressions of Judaism. Can we “affirm the best of what the modern world has taught us while simultaneously maintaining our commitment to the covenantal tradition that is at the base of genuine Jewish belief and practice. How can we be both simultaneously modern and authentically Jewish?”  In trying to go beyond the work of Jewish existentialists, Borowitz looked toward a theology of halakhah. What might non-Orthodox Jews believe that would compel them to observe more than the moral imperatives of Judaism? Borowitz expanded  his understanding of Jewish theology to claim that beliefs and opinions are a type of  meta-halakhah “which impels and guides our duties.” Here, Borowitz is close to his teacher, Rabbi Heschel, who saw theology as the undergirding of Jewish law.

Borowitz developed the idea of covenant theology in his most comprehensive work, Renewing the Covenant (1991). Responding to the despair of Yaakov Glatstein and going beyond the survivalist mandate of his friend Emil Fackenheim, Borowitz stated: “Our intense commitment to Jewish survival has a parallel transcendent grounding, spirituality has become the twin of our postmodern ethnicity. We have lived this in our response to the Holocaust, in our pride in the Jewish accomplishments of the State of Israel, and in our revulsion at the world’s complacency at the threats to its existence. Religiously too, we feel ourselves commended to fight the loss of our people’s folk vitality and the evaporation of its morale lest the millennia of its Covenantal testimony to humankind be frustrated on our account. Where Jewish modernity gloried in a heady universalism, postmodern Judaism manifests a resurgent particularism.” Rabbi Borowitz renewed the Covenant by bringing modernity, equality and democratic pluralism into creative conversation with the particularism and traditional practices of rabbinic Judaism.

Whenever I want to understand the influence of someone on my own understanding of Judaism, I look at the volumes written by that person or about that thinker on my bookshelves. The books by Rabbi Eugene Borowitz occupy almost a full shelf in my library. A learned Reform rabbi, Eugene Borowitz’ thought deeply affects my Conservative Judaism.

How fitting that Rabbi Eugene Borowitz was taken to the ultimate world as Jews around the world were reading in the Torah of the experience of the Divine Presence at Sinai. As Rabbi Borowitz wrote in an autobiographical essay, “I believe that we come to God these days primarily as the ground of our values and, in a non-Orthodox but nonetheless compelling fashion, as the ‘commander’ of our way of life.”

About the Author
Baruch Frydman-Kohl is Rabbi Emeritus of Beth Tzedec Congregation in Toronto, Ontario, after having served for 26 years as the Anne and Max Tanenbaum Senior Rabbi. Born in Milwaukee and raised in Chicago, Rav Baruch previously served Congregation Ohav Shalom in Albany, New York. He has a doctorate in philosophies of Judaism from the Jewish Theological Seminary, a LLM degree in Dispute Resolution from Osgoode Law School of York University, and is a Senior Rabbinic Fellow of the Shalom Hartman Institute. He is Vice-Chair of the Canadian Rabbinic Caucus.
Comments