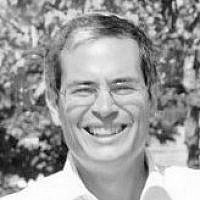 The Blogs
David Curwin
Apply for a Blog
Please note that the posts on The Blogs are contributed by third parties. The opinions, facts and any media content in them are presented solely by the authors, and neither The Times of Israel nor its partners assume any responsibility for them. Please contact us in case of abuse. In case of abuse,
Report this post.

There have been many articles written about Rabbi David Hartman since his passing. In most, you’ll find terms like “liberal” and “pluralism”. An unfamiliar reader might think that Hartman represented some kind of Judaism-lite, with far less demands than “traditional” Orthodoxy.

While perhaps even some of his followers viewed him that way, my impression was quite the opposite.

I grew up in a non-religious family in the United States, and only became Orthodox in my final years of high school. But unlike many newly observant who learned of a utopian vision of a Torah life with endless benefits, I had the fortune to be exposed to “old school” Bnei Akiva, with its complex ideology of Torah V’Avodah and its demand of aliya to Israel.  And unlike many ba’alei teshuva who studied in yeshivot designed for those new to Orthodoxy, I was blessed with the opportunity to study in Yeshivat HaKibbutz HaDati, where I encountered a wide variety of viewpoints, and was challenged, and learned to challenge anything about the Torah that I took for granted.

In Yeshivat HaKibbutz HaDati I first encountered students of Rav Soloveitchik, and began studying his works as well. Here too I saw for the first time how this giant of Torah study took on the challenges of the modern world head on, from Kantian philosophy to the founding of the State of Israel.  In Sacred and Profane he wrote:

“The error of modern representatives of religion is that they promise their congregants the solution to all the problems of life — an expectation that religion does not fulfill. Religion, on the contrary, deepens the problems but never intends to solve them.”

This message, that sanctity is “not a paradise but a paradox” (Halakhic Man), was certainly not being told to most ba’alei teshuva, but to me, it resonated deeply.

And yet over all those years, I never heard much about Rabbi Hartman. I don’t recall precisely when I first discovered him. Perhaps it was from the book Crisis and Covenant by Rabbi Jonathan Sacks. I vaguely recall Rabbi Hartman explaining on Israeli television (to a honestly fascinated Haim Yavin) the significance of Masada in Jewish thought during Clinton’s visit to Masada in 1998. And there was also a degree of controversy during the Lavi Conference on Modern Orthodoxy, sponsored by Yeshiva University and Kibbutz HaDati, where, if I remember correctly, Rabbi Hartman was not only absent from the list of speakers, but was considered persona non grata.

So at some point around the year 2000, I decided I needed to read Hartman myself. I bought a copy of A Living Covenant. And this book truly changed my approach to Judaism. I found a student of Rabbi Soloveitchik, who while showing much respect for his rebbe, was not afraid to disagree with him.

And his debate with Rabbi Soloveitchik, as well as his challenge to Prof. Yeshayahu Leibowitz, was incredibly significant. While Soloveitchik (in such essays as “Majesty and Humility” , “Catharsis” and “The Community”) and Leibowitz both offer the Akedah (binding of Isaac) as the ultimate religious paradigm or symbol of faith (albeit with major differences between the two), Hartman offers a different model: the covenant between the nation of Israel and God at Sinai. In this model, man is a full partner and therefore has full responsibility. When his moral sensibility is upset, he cannot ignore it – but rather must face it head on. This can involve using the power of the halachic system to synthesize between the Law and human morality (the Torah is not “in heaven”), or even arguing with God Himself (which of course Abraham did as well at Sodom).  And this is precisely what God expects from us, as he gave us both our moral compass and the Torah and mitzvot.

This covenantal responsibility is exactly what authorized Zionism, and in particular Religious Zionism, which was viewed by many as a rebellion against our complete dependence on God. But God is not asking us to be completely dependent.  Even at the Splitting of the Sea, God told Moses, “Why do you cry out to me? Speak to the children of Israel, and they will go forward.” (Exodus 14:15). We have a responsibility to author history, not only accept it.

And so I do not believe that Hartman’s approach was less demanding than those of his critics. By putting emphasis on man’s responsibility, he describes a much more challenging mission than those of the passive alternatives.

As with most Jewish thinkers, Hartman based his theology on previous scholars. In his case, he models his rationalist, active approach on that of Maimonides, in comparison to Nachmanides (in A Living Covenant) and to Halevi (in Israelis and the Jewish Tradition). Of course there is much originality in Hartman’s works, but I do believe his description of Maimonides was authentic. (As a side note, for those who still thirst for a scholar who can show the rationalist side of Judaism, as based on Maimonides, I strongly recommend reading the books and articles of Menachem Kellner.)

And yet a question remains – an unanswered question. I regret that I never had the opportunity to hear Rabbi Hartman speak in person. However, a couple of years ago, I did email him a question, via his secretary. I wrote to him about how I very much appreciated the dichotomy he presented between the Akedah approach and the Sinai approach. But I wanted to know – despite his identification with the latter, what did the Akeda mean to him?  I wrote:

“I believe this question can be extended to other sections in the Torah that we find do not agree with our morals. While the halacha (via the Oral Torah) can allow us to reinterpret the Torah according to our understanding of morals and ethics, we still learn those problematic sections and consider them holy. How should we view them? How should we teach them to our children?”

He responded briefly, but in the warm manner I’ve seen ascribed to him in the eulogies by his students since his passing:

“Rabbi Hartman was moved by your letter and commented that you are a serious student.  He asked me, with regard to your questions, to refer you to the section “Rabbinic Responses to Suffering” in his book A Living Covenant.”

Unfortunately, I only got around to replying to his email a few months ago.  I had just finished reading his very powerful book The God Who Hates Lies.  In that book, as the title indicates, he writes about how God hates lies, and expects our halachic behavior to reflect our internal moral truth. He discussed the absurdity of ignoring the rebuilding of Jerusalem on Tisha B’Av (a topic which I’ve written about here as well), and also discussed a painful case of a newly observant kohen who wanted to marry a convert (which the halacha prohibits) and how Rabbi Hartman dealt with the case. In that light, I replied:

“I very much appreciate Rabbi Hartman’s response. I reread the chapter he recommended, but did not feel that my question was answered there. I then found out about his new book The God Who Hates Lies. I purchased it, and found it so compelling and convincing, that it almost seemed obvious – of course halacha should be that way!  However, I must confess that when I read other authors, such as Soloveitchik or Leibowitz, I am similarly convinced of their points of view as well.  So perhaps every Jewish philosopher holds in his hand an artist’s palette and dips into the paints, the sources, which create the pictures he wants to see?

I don’t find anything wrong with that – it seems to me to be human nature, and as it says in Sanhedrin, every human is different, so of course we’ll view the Torah and God differently (and indeed that is discussed in the recent book). However, I’m still very curious to see what Rabbi Hartman does with the Akeda and its message. Does it play a role at all in his view of halacha? For example, I can understand how his covenantal theology would lead him to allow the kohen to marry the convert.  But if the case had been more clear cut – if the fiancée was a divorcee, not a convert – even if the love was no less strong, would Rabbi Hartman then have had an “akeda” moment, where he would have been forced to resign himself to God’s will?”

I have since learned that Rabbi Hartman was very ill when I wrote to him, and I imagine that prevented his response. However, his death has left a hole, not only in terms of what he taught and wrote, but also regarding the questions he never answered. What were his limits? Can the Sinai approach go too far?  I do not know what Rabbi Hartman would answer, but I am certain he would have welcomed the question. And perhaps that was his greatest legacy.

About the Author
David Curwin is a lifelong lover of language (although not a professional linguist). He has been writing the blog Balashon, about the history of Hebrew words and phrases, and their connections with English, since 2006.
Comments