It’s almost two years since our lives were overturned by the pandemic. We have moved on incredibly since those early days, developed vaccines and booster shots, endured lockdowns and liberations…

And yet there’s a sense of déjà vu in the air – with the dramatic rise of Covid cases across Victoria and Australia, once again there’s a sense of fear and frustration, anxiety for our loved ones, angst for our elderly. Of course, there’s the rush on toilet paper and chicken wings and a few other basic necessities…

What’s different two years down the road (apart from the search for the new gold -antigen tests ) is the fatigue and the frustration, the perplexity and resignation. We didn’t expect to be here now; we thought it would all be over and we would be living in a post- Covid age…

So how do we find the strength to continue our lives with hope, the resilience to endure, the capacity for courage and the necessity for generosity and empathy?

How do you find these qualities when so many people are at the end of their patience, when we’re going through a time when, in the words of psychologist Bernard Golden, people’s physiological threat systems are at a heightened level and the long strain on people‘s mental health has been exacerbated by isolation, a loss of resources the illness of loved ones and reduced social support?

It’s an even more critical issue as we observe the rise of incivility; people feeling it’s OK to be rude especially in the customer-service industry (as in restaurants or in our residential homes);to be abusive online or even more concerning, by the violent influencers in the anti-vaccine and alt right movements-as evident in the arson at the old Parliament building in Canberra last week.

A friend pointed out that her hairdresser noted the mixed response across our society .He said to her that through the pandemic he had noticed : It has highlighted people’s true qualities. Those that are kind became kinder and those that are selfish are still only interested in themselves. While I see the accuracy in the hairdresser’s observation, I don’t believe in the unchangeabilty of human beings, that you cannot straighten the ‘crooked timber of humanity ,that it’s the immutable truth of their genes or characters.

Maybe I’m a dreamer but I still believe in the capacity of most of us to change. Times of great uncertainty bring out the best and the worst of ourselves.

The challenge of an era like ours is not to surrender to the bad angels of our being but to bring out the best angels of our personalities.
It’s a lesson I constantly draw from Jewish tradition…

I learn from the example from our greats, from individuals like Moses and David, Rachel and Esther.

I draw strength and direction from Moses, the man who sat with such stoicism on Sinai (for forty day solitary stretches or lockdowns !).He never denied the strain of living with the pressures of his job, he articulated his frustration and weariness. He may have come from the land of the Nile, but he was never in denial! At one of his lowest moments, he cries out to God: “I alone cannot carry this entire nation, for it is too heavy for me! ” (Numbers 11:14 -15).

Acknowledgement of the reality of a situation may well be the first step of dealing with it better. .

Acknowledgement of our collective vulnerability and our individual fragility during this pandemic, accepting we’re in it for the long haul can be a source of strength rather than a failure of character. It can be especially helpful if it encourages us to seek the support of and give help to others.

That’s what Esther did when confronting one of the most frightening times in Jewish history, when her people were threatened with genocide and at the mercy of an inept king and twisted advisor -the story of Purim. She did not just wring her hands in desperation, she reached out to her people, she asked for their help and she used all her ingenuity and talent to change the situation, to strengthen them.

And that is what her predecessor, King David, did hundreds of years before. At one of the lowest points in his life when threatened by enemies from all sides, he has to pretend that he is mad in order to stay alive. He could easily have just given up but he did not. And when describing how he turned the situation from desperation to inspiration, he writes in one of the most inspiring of Psalms (Psalm 34):

I will bless the Lord at all times … Let those feeling low hear this and rejoice… Come my children, listen to me, I will teach you… Who wants life, loving each day to see good? Guard your tongue from evil and your lips from speaking bad. Turn from evil and do good; seek peace and pursue it…

David, not only reframes his situation, turning bad into good, but he also recognises that the words we use in difficult situations can actually change them. Words matter .When we are under pressure we tend to shoot off our mouths and let our tongues run loose. This can be really damaging for relationships and dangerous for society. Leading terrorism authority from Deakin University, Greg Barton, commenting on the rise of anti -social movements recently said he was most concerned about vulnerable individuals being inspired by the extreme rhetoric of influencers like Monica Smit (founder of Reignite Democracy Australia)and her ‘quasi religious language’.

David also reminds us that it is within our power to turn away from the more shameful sides of our personalities and to embrace and pursue what is good and meaningful.

There’s a word for that comes out of our mystical tradition, the Kabbalah, called netzach.
Netzach is associated with the power to overcome obstacles, things which get in the way of realising your chesed aspirations, your capacity for compassion and spreading goodness in the world. Your ability to reach that point where: “The light in you is all I see”. And I would add the possibility of also seeing your own light and positive potential. “The light in you and me is all I see”.

Netzach is about endurance and fortitude. It’s been called a balance of patience, persistence and guts. Endurance requires an honesty and openness as much as it demands focusing your mind and harnessing your heart. Netzach is about accepting what you cannot change, about standing firm.

Albert Einstein tellingly commented: “I myself have no special talent; curiosity, obsession and dogged endurance, combined with self-criticism have brought me to my ideas”.

I can’t think of a better credo for our Covid era: curiosity, endurability, self-awareness and truthfulness. Truthfulness to accept the reality of these challenging times, curiosity to find the strange wonderment in them (and that has helped researchers develop the lifesaving vaccines in record time) and the wondrous goodness and generosity of so many. Endurance and training to accept that this is a long-distance marathon, not a short race. Self criticism to remind us to constantly watch our words. And all these characteristics can surely be used to awaken our caring and appreciation

Jewish history is about resilience and tenacity, the audacity of hope, the capacity for compassion and the simple belief that we can change ourselves and the world around us.
Let’s join together and do it ! 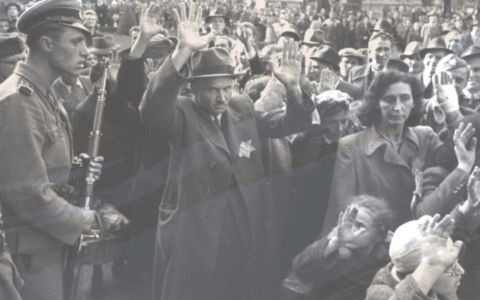 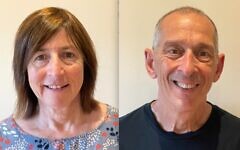 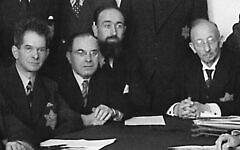 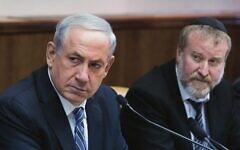 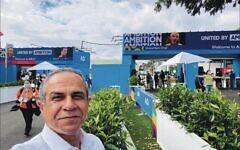 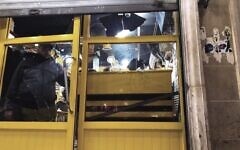