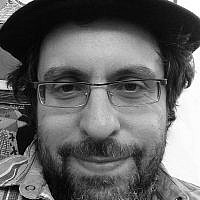 The Blogs
Amihai Zippor
Keeping it real
Apply for a Blog
Advertisement
Please note that the posts on The Blogs are contributed by third parties. The opinions, facts and any media content in them are presented solely by the authors, and neither The Times of Israel nor its partners assume any responsibility for them. Please contact us in case of abuse. In case of abuse,
Report this post. 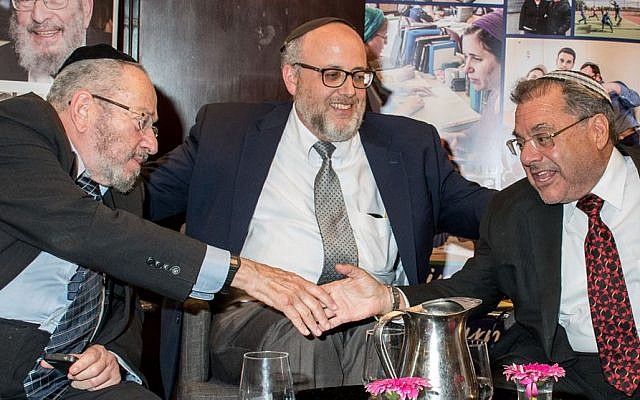 A recent event bringing Rabbi Shlomo Riskin (Ohr Torah Stone) and Rabbi Chaim Brovender (ATID/WebYeshiva.org) together in conversation was a historic reunion of two revolutionaries in the realm of Torah education for both the English and Hebrew speaking worlds.

They launched the first programs for high level women’s learning, opened institutions where Jews from all walks of life were meant to feel comfortable, and upheld the face of Modern Orthodoxy and the Torah of their own teachers through the men and women they taught, many of whom went out into the world of Torah education.

The driving force behind their efforts: passion for Torah learning.

When two personalities such as these, with all of their history and respect for each other, come together, listening to their experiences and differences in opinion, and watching them interact, offers deep lessons for our time and beyond.

The following are a few edited points made by both Rabbi Riskin and Rabbi Brovender from the July 2, 2018 event that was moderated by Rabbi Jeffrey Saks. The full event can be watched at the link below.

Rabbi Riskin: What can Modern Orthodoxy learn from the Haredi world? Two important things. The first is something it already learned which is the importance of Talmud Torah. For the Zionist movement protecting and fighting for Eretz Yisrael was very important. The commitment to Torah learning which is strong in the Haredi world is something Modern Orthodoxy learned and these two things gave birth to the yeshivat hesder.

From the other direction, what does the Haredi world have to learn from Modern Orthodoxy? To be religious. They have not learned to see God in the world. That’s critically important. An example: I can’t for the life of me understand how people, especially who live in Israel, do not say Hallel on Yom Haatzmaut, or at least see the miracle at hand.

Rabbi Brovender: I think all communities try to fix themselves if they can and one of the ways this works is to look at others and see how others try to relate to the same things. One word we can apply to Torah learning which has kept us as a nation is passion. Passion is not something easily acquired or generated. But someplace in the world of Am Yisrael there are people that have a passion for learning Torah and those people have to become the ones that the rest of us try to emulate. It’s that passion that ultimately defines who we are and what we are doing.

For myself, over the years this included people like Rav Soloveitchik in New York and Boston, Rav Aaron Lichtenstein in Gush Etzion, Rav Eliyashiv, Rav Shlomo Zalman Auerbach. These were people that anyone could connect with in a positive way and that really is the issue. The issue is: if I say I am Modern Orthodox or Haredi, does that mean I cannot be inspired by someone who does not look like me? That seems to be a loss across the board. We have to be able to find the people in the world who we could emulate and follow and be passionate with about being Jewish which means learning Torah. My point is that the distinctions are important on a certain level but they become irrelevant on the real level of Talmud Torah.

Will there be women rabbis in the mainstream Modern Orthodox community, 20 years from now?

What I don’t believe is that Judaism is egalitarian, that there are men rabbis and therefore there have to be woman rabbis. I believe Judaism sees a complementary relationship between men and women, not necessarily an egalitarian relationship. It’s birkat kohanim and not kohanot who rise to bless the congregations, and so on. So I believe if what you mean by women rabbis is morot hora’ah, halachic direction, then absolutely yes. There can even be women dayanot (religious court judges) as long as they are accepted by the community at large. However, I do not necessarily believe that there will be women rabbis in the sense that there are men rabbis because there are many things within synagogue life like kriyat hatorah and tefila b’tzibur that  women cannot be motzi men.

Rabbi Brovender: I think the revolution of Torah learning for women is important for this additional lesson: the fact women learn Torah and that there are women who are knowledgeable has not caused a further rift in Am Yisrael. It has not created a dissonance that cannot be overcome. In fact, my intuitive feeling is in the more right-wing schools and systems the respect for women as students is going up.

What wish do you have for our teachers of today?

Rabbi Riskin: The most important thing about teaching Torah is clearly the teacher has to love Torah and what has to be equally emphasized is he has to love the students. You have to love the people you are teaching.

Rabbi Brovender: My wish is that, in 20 years, when we have this event again, people will call me up and say, Rabbi, I’d love to go but we are too busy learning Torah.

About the Author
Amihai Zippor manages social media, marketing, content and graphics for WebYeshiva.org. A Boston area native, he is also a singer songwriter, founder of The Bar Papas, an avid Red Sox and Celtics fan, occasional journalist, and rabbi who cares deeply about the Jewish world and Talmud Torah.
Related Topics
Related Posts
Comments