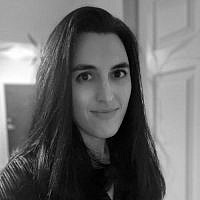 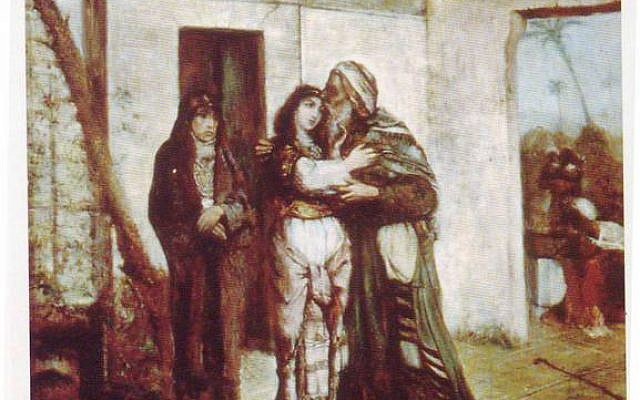 Children of Jewish fathers and non-Jewish mothers are not considered Jewish by most branches of Judaism. Occasionally they are belittled or outright bullied for their marginalized status. As a result, they can feel a never-ending sense of dis-ease and inadequacy in the Jewish community. This sense of inadequacy can lead to a longing for validation and approval, which can render them more vulnerable to a rabbi’s exploitative sexual advances and other abuses of power. It might even make them less likely to report the abuse.

In February of 2018, I reported a rabbi to the Central Conference of American Rabbis (CCAR) for sexual, spiritual, psychological and emotional abuse, domestic violence, and other violations. He has since been Suspended. The situation left me heavily traumatized and was only made worse by the community’s treatment of me through the process.

One of the first things that I did after disentangling myself from the situation was to examine those elements of my own humanity that made me so vulnerable to his exploitation. One element was quite clear: I was hungry for new knowledge and to deepen my sense of observance and belonging in a Jewish community. He had all the knowledge, connections, and power to make that happen.

When I initially reported my rabbi to CCAR, I was worried that the ethics committee would demand some sort of validation of my Jewish status, and credibility. I was afraid that for some members of the ethics committee, my story would somehow “count less” because I was not born of a Jewish mother. I found myself writing a whole page to document my “Jewish credentials.” I erased it, deciding that (a) this is Reform, and in this movement I ‘count,’ and (b) in this scenario, it shouldn’t matter.

Bullying in the Jewish Community

Being Jewish is an iridescent thing: in one context it can put you in mortal danger, and in another it gives you power and credibility. Perhaps generations of trauma granted us the desire to feel powerful over others via the same identities that were used against us for so long. We are defensive and want to preserve our space, our sanctity. This makes sense. But at what point are we just behaving like bullies?

I’ll never forget that time that I called a kosher certification agency to see if they would send one of their speakers to give a talk about kashrut on my campus (this was back in college). I told the woman on the other end that I was calling as part of my school’s Jewish Student Network (we did not have a local Hillel or Chabad). The woman began asking a series of invasive questions about my family tree, culminating in her berating me because my mother was not Jewish. I cried, and one of the other students in my group comforted me and reminded me of where the shame actually belonged — with her, not me.

There is a line between being reasonably defensive against non-Jewish intruders and being a bully towards someone who sincerely wants to learn from you and/or honor the faith of their father.

One of the starkest forms of injustice (and perhaps a manifestation of inter-generational trauma) is when a matrilineal Jew beats up on a person whose mother is not Jewish — or is not Jewish enough. I will never forget the story I heard from a friend who was physically bullied in school because their mother was a convert. It was heartbreaking.

Do not forget: even when we convert, we find ourselves caught up in other people’s contentious political debates about the credibility of our conversions. What recourse do we have for complete acceptance? When do we stop paying for the sins of our fathers?

I see the effects of this type of treatment at community gatherings, where I can often tell who is patrilineal by the looks on their faces. They break eye contact and look down at certain key moments in a conversation. They know that they are vulnerable to attack if they confess their “flaw” of having a non-Jewish mother.

What you can do

If you see something, say something. If you witness shaming, humiliation, or degradation of a decent person whose mother is not Jewish, be a mensch and stand up for the person. Ask the bully, “What are you, arranging a marriage? How is this relevant? Is she pouring wine or something?” Let the person whose status is in question know that you are glad to have him/her in your community, and that you think that the other person was unnecessarily rude. Simple, right?

Pay particular attention to the most vulnerable members of your community. Namely, the people who are returning after a generational or multi-generational break with Judaism, or the ones who come from no Jewish background at all to convert. Give them the strength of a supportive peer community with strong interpersonal ties. This way if they are exploited, you will stand by them and help them find the strength to report, and to heal. In fact, those strong interpersonal ties might make it so that they are less likely to be exploited in the first place.

Sometimes all it takes is one ally to make a world of difference to a person who is being mistreated. Stand up.

Clergy sexual misconduct is about power. It is an expression of the rabbi’s perspective of himself as an all powerful yet deeply worthless entity. People who are made to feel “never Jewish enough” despite their best efforts might be particularly vulnerable to this brand of exploitation. A rabbi who chooses to initiate a sexual relationship with someone who is this vulnerable to him is doing something amoral and selfish. My hope in writing this is to bring attention to this facet of my experience, and open  eyes to these sometimes overlapping problems in our community. And, oh, are there so many problems.