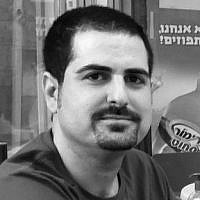 The Blogs
Nati Gabbay
Apply for a Blog
Advertisement
Please note that the posts on The Blogs are contributed by third parties. The opinions, facts and any media content in them are presented solely by the authors, and neither The Times of Israel nor its partners assume any responsibility for them. Please contact us in case of abuse. In case of abuse,
Report this post.

The 16th century editor of the Prague Haggadah had a wicked sense of humor.

The Haggadah, which is kept in the National Library of Israel, dates back to the year 1526 and is one of the very first printed haggadot in existence.

This Haggadah is unique, filled with intricate and magnificent illustrations, some of which are rather unconventional. If you were to open the ancient book to page nine and glance towards the bottom, you may notice a rather odd and seemingly misplaced drawing.

No, you are not mistaken. It is not a drawing depicting the 10 plagues or a scenic view of the Jews crossing through the splitting of the sea. The illustration clearly depicts a hunter on horseback trumpeting on his horn as several desperate hares flee from him. 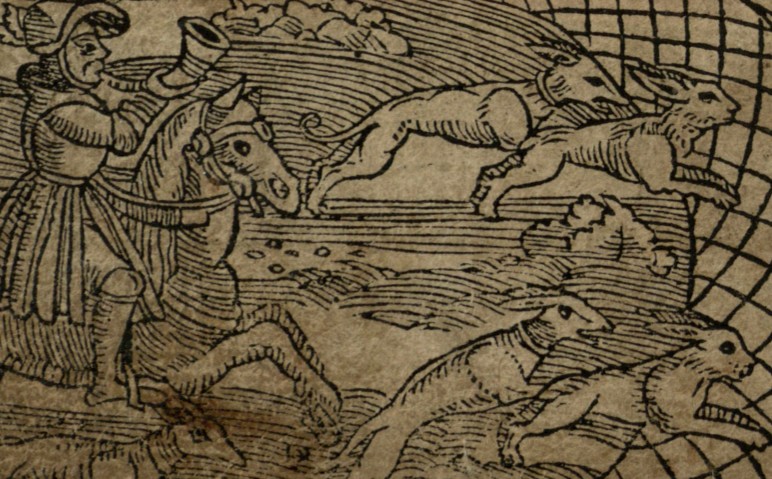 Hare hunting you ask? Since when is Passover season connected to hunting season? Even if we were to overlook the fact that the hare does not comply with kosher dietary laws and that animals killed without the proper slaughter rituals are deemed not kosher, why, in a traditional Haggadah dating back to the 1600s, is there a scenic drawing of a hare hunt?

We asked ourselves the same question and after a bit of research we discovered a rather clever answer that led us to believe the illustrator of this Haggadah had a rather unique sense of humor.

In Germany, hare hunting season is called “jag den has,” a phrase which sounds very similar to the Hebrew mnemonic, “YaKeNHaz.”

YaKeNHaz was a prompt developed to assist people in remembering the order of the Passover ceremony as it needs to take place on a Saturday night when there are additional ceremonial requirements to first let out Shabbat ahead of welcoming in the Passover holiday.

“Ya” refers to Yayin — Wine to be used for the “Ke” — Kiddush, a prayer that sanctifies the festival. “N” stands for Ner, the candle lit at the conclusion of the Sabbath to be used for Ha — Havdalah, a prayer said at the end of Shabbat to welcome in the new week. Once the ceremony to end Shabbat has concluded, we move to “Z” — Zman, a blessing for having reached this time of year and the Passover festival.

What was a seemingly strange and misplaced illustration cleverly tipped us off to the correct order of the Saturday night Seder ceremony, giving the leader of the Seder a gentle reminder in how to proceed.

And you thought there was no sense of humor in the 16th century.

Well, if we are already discussing this particularly unique sense of humor, if you were to continue turning the pages of the Haggadah, you may happen upon page 40 where we made another interesting discovery in a small, unobtrusive box at the top of the page.

During the Seder ceremony, there is a tradition to specifically mention the three main events of the Passover tradition: Pesach, a ritual sacrifice brought in the times of the temple, Matzah, the unleavened bread, and Maror, the bitter herbs eaten to remember the suffering of the Jews in Egypt.

In accordance with tradition, as each of these items are mentioned, the participants of the Seder point to the items as they are represented on the Seder plate — the sacrifice as represented by the shank bone, the matzah, and the piece of bitter herb.

Well, according to page 40 of the nearly 500 year old Haggadah, if you are to perform the tradition properly, when mentioning the bitter herb you are also supposed to point to the women at the table and proclaim, “A bad woman is more bitter than death!” 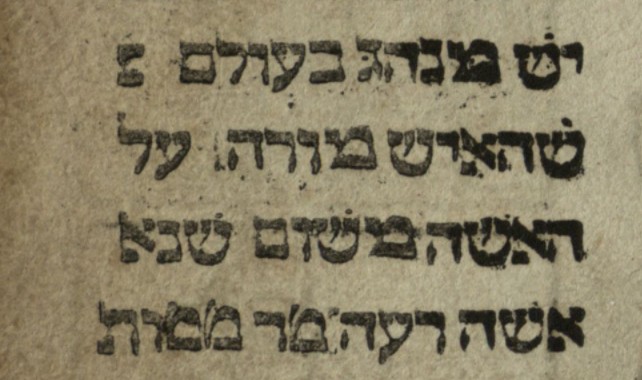 Don’t look at us… that’s what the Haggadah says! We don’t recommend trying this at home.

About the Author
Nati Gabbay is the Director of Digital Content in the National Library of Israel.
Comments